slam said:
coco is the only one believable in this shit ...

That ain't no method acting

You could have just called.

Certified Pussy Poster
Whelp Galindo the jerk is back....

Season is moving along.

Body count is increasing and another SAMCRO got whacked.

Tension is brewing between Marcus and Galido because of how Galindo's mother was executed. Galindo is breaking down because of his mother's death as one of the other Cartels making their move on him. Nestor with the braids is now moving closer in alliance to Marcus.

Marcus has drama between him and Bishop that is heating up.

Coco has allowed himself to get hooked on smack and being used by the Meth Heads.

About Half way thru the season.
T And that ain't no burpee

Certified Pussy Poster
They were
Mayans M.C. star Richard Cabral on Coco's state of mind: 'He's reverted back to this broken innocence'


Warning: This article contains spoilers about Tuesday's episode of FX's Mayans M.C.
Mayans M.C. fans have been stressing out all season while seeing the life of one of the most beloved characters from the series, Johnny "El Coco" Cruz, wither away to drug addiction. The low point for the character has been a high point for the actor who portrays him, Richard Cabral, as he's performing some of the most challenging work of his career.
"During these moments of chaos, we fail to see the beauty," Cabral tells EW. "When you're a human being, you don't just want to live in the murky waters; you live for those moments of happiness. Episode 306 was a true manifestation of that. Even in the darkness, there's some joy. Seeing Coco feeling carefree, even for a moment, was such a beautiful scene to shoot. I'm really grateful to [series co-creator] Elgin [James] for incorporating that moment, especially with all the challenges that were ahead."

| CREDIT: PRASHANT GUPTA/FX
It was revealed earlier this season that Coco's mother was a heroin addict, often using her young son to inject her as a nurse would medicate a patient. The story repeats itself now with Coco's daughter Letty (Emily Tosta) now bearing witness to her only parental figure consumed by addiction.
"We have to take into consideration that Coco has been a father for less than a year," the Emmy nominated actor explains. "Yes, there is generational trauma there, but when you don't know anything different, how do you break that cycle? He's living his life the only way he knows how. People who are traumatized at a young age have to grow up fast. His mother was an addict and a prostitute; what childhood did Coco have? In many ways, he's still a little boy. He's reverted back to this broken innocence that's underneath this hard exterior he built as a military vet and a warrior. He can't be better because he doesn't know better."

Although Coco is feeling lost in his normal safe spaces, he's found a little hope in Hope (Vanessa Giselle), the woman from the commune who gave him his first shot of heroin. Although, at first, he shuts her down for inquiring too much into his life, the pair hit a nice stride before the episode's big crescendo.
"All of the things he begins to share with Hope are feelings and thoughts he's had for so long. Once you get him started, there's no stopping it," Cabral reveals. "These words have been pulling at his heart, but there just hasn't been anyone he could express himself with. Yes, they share a bond because of their drug use, but in the end, they are really there for each other. They were both placed in this specific place and time together for a reason. The drugs kicked it off for them, but they're truly connected in a visceral and spiritual way."
CREDIT: PRASHANT GUPTA/FX
While Coco is busy connecting with Hope, the M.C. is on the verge of a full-blown civil war. Everyone was ready and fighting on the front lines, except Coco.
"His commitment to the club is his priority, so him not being there is inexcusable. Being part of an M.C. is not like being in a fraternity where you come and go as you please. A true commitment to the organization is non-negotiable," he explains. "He should always have his phone on him and when he got that text he should've done like everyone else and answered up. Anyone who doesn't do that will have to be reckoned with. EZ [JD Pardo] got shot, people are possibly getting hurt and maybe even dying. Everybody has to be there and if you're not, that's a problem."
CREDIT: PRASHANT GUPTA/FX
When Letty confronts Coco over his drug use early in the episode, she wishes her father would overdose. And when he finally does, it's, of course, Leti who discovers his limp body.
"They have this toxic relationship, but she didn't really mean what she said," Cabral says. "Being how this relationship is, it makes sense that she would say that. That's a lot for her to carry, and that's the worst when you feel responsible for somebody you love and whatever happens to them. History is repeating itself here, and it's the journey that we're on. Even with all that's going on, though, I think they're there for each other in this twisted, weird way."
But the question on everyone's mind is whether or not Coco will survive.
"I can't tell you what happens!" the actor says with a laugh. "Humanity has only two options: you can choose to live or to die. That's it, and that's the choice he will be faced with. Up to this point, he's been on a trajectory of death. He's been numbing his pain all this time, so by the end of the episode, he is faced with those two choices."

BGOL Investor
Is this show any good? Sons of Anarchy was cool. I’m more of a THe Wire Breaking Bad Snowfall City on Hill type of viewer.
T

yasky777 said:
Is this show any good? Sons of Anarchy was cool. I’m more of a THe Wire Breaking Bad Snowfall City on Hill type of viewer.
Click to expand...

that part makes no type of sense

Yeah, they not gonna address the missing Kilo?

BGOL Investor
I am sure they gonna bring that up once they catch up and calm down with all the in fighting.

It doesnt look like Coco waking up anytime soon no way

BGOL Investor
I doubt Coco is dead. He isn't going out that easy.


ThaBurgerPimp said:
It doesnt look like Coco waking up anytime soon no way

With all the turmoil, I don't think they realize that a kilo is missing.

dbrizzz said:
With all the turmoil, I don't think they realize that a kilo is missing.
Click to expand...

agreed I think the other MC TRUSTED them didn't count it up right away then remeber before they could unload it..

Coco jumps happens to be lucky in that regard. 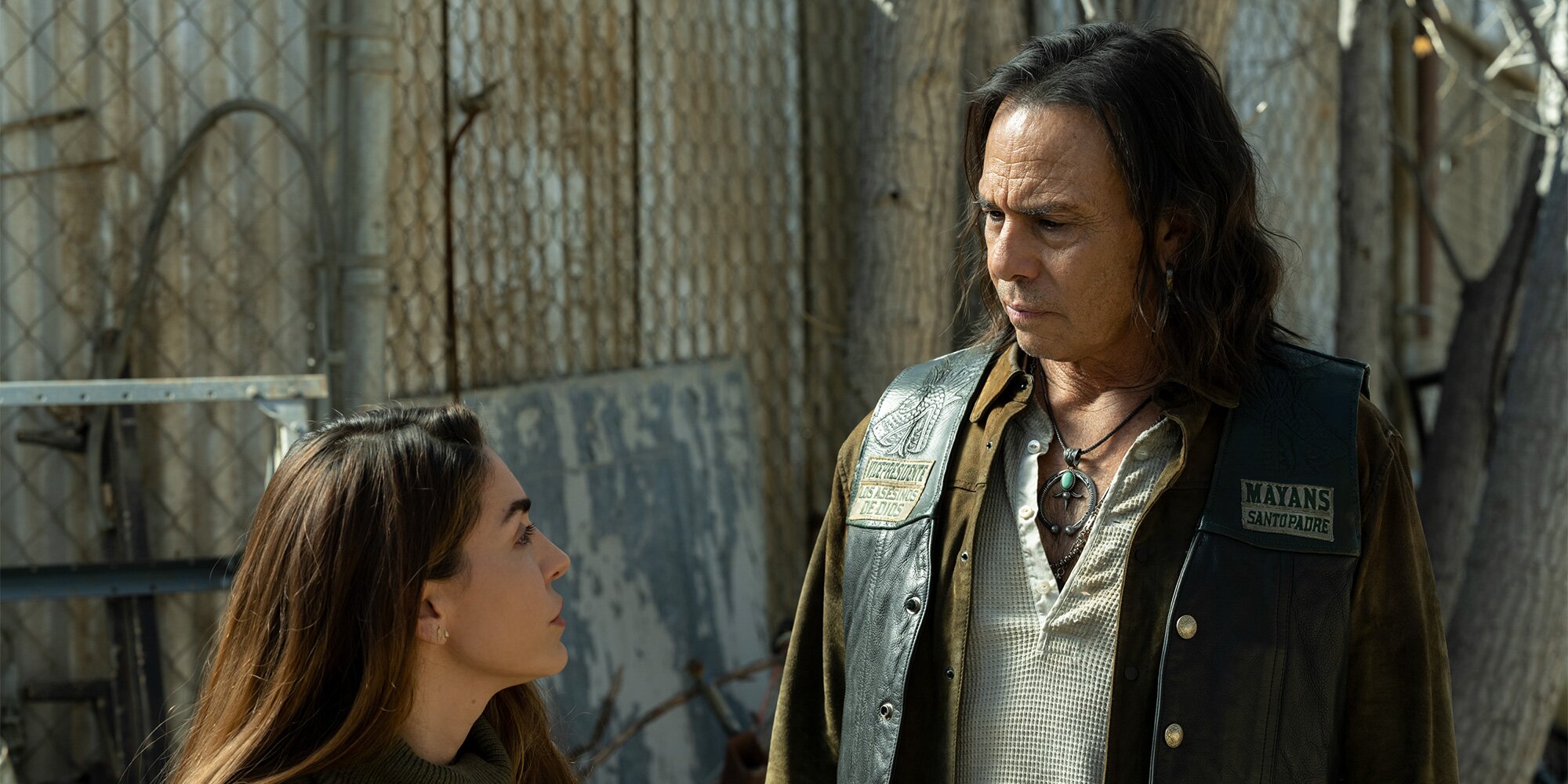 Certified Pussy Poster
This Nails situation will not end well

Certified Pussy Poster
Listen I ain't out her to victim shame

But Gaby know the rules

You studying to be a nurse

Wipe the blood off tell the officers you fell and keep it moving.

playahaitian said:
Listen I ain't out her to victim shame

But Gaby know the rules

You studying to be a nurse

Wipe the blood off tell the officers you fell and keep it moving.

Hitting the snowflake raw while choking her is in itself commendable

It's the whole crying like a baby afterwards while she waiting on round 2 and telling you this might be first time you ever hit the spot part...

BGOL Legend
This shit getting good...

but dam these cats tuff as fuck ...how u get up after all those baseball bats to the body ...

Angel b on some bitch made shit sometimes... muther fucker stay jealous of his brother...

he would have one more time to call me Golden boy n it`s his ass...

Yo-yo too ...wonder if they gonna give her a bigger role ...

My man grudge fuckin his wife n she luved it ...

Adelita ass crazy ...shaved the whole crew heads...lol..bout to b back on a mission ..

then they added a new crazy cartel boss jus going around chopping ni99as heads off...

Then Nails pop preggo ... Mayan dude swooped in to play cap save-a-ho then she ran back to angel ..

shit might get ugly not to mention crazy ass adelita ...


so much shit going on b all day commenting ...