Kobe Bryant and others Dead in Helicopter crash


CHICAGO -- The star-studded Class of 2020 for the Naismith Memorial Basketball Hall of Fame took one step closer to induction as Tim Duncan, Kevin Garnett and the late Kobe Bryant were all officially named as finalists on Friday.

From the moment Garnett, Duncan and Bryant were all eligible to be inducted this year, there was no doubt all three -- each among the greatest ever to play the sport -- would be enshrined on Aug. 29 in Springfield, Massachusetts.

Being a lock as a finalist didn't make the moment any less special for Garnett, who was on hand for the announcement in the same city where he spent his senior year of high school playing at Farragut Academy before being drafted fifth overall by the Minnesota Timberwolves in 1995.
"He'd probably think this is pretty awesome right here," Garnett said with a smile when asked what the 18-year-old version of himself would've said back in 1995 about Friday's announcement. "The Hall of Fame is something you don't really think about. It just happens."


The basketball world still is reeling from sudden and tragic losses.

Bryant, his 13-year-old daughter Gianna and seven others were killed Jan. 26 when the helicopter they were aboard crashed in Calabasas, California, as they were flying to a basketball tournament where Gianna was to play with her team.
In addition, David Stern, the NBA commissioner during the most successful period in league history, died Jan. 1 as a result of a brain hemorrhage. He was 77.

The combination of Bryant's passing and the enormity of the three names atop the ballot caused the Hall's nominating committee, led by chairman Jerry Colangelo, to change its rules this year by limiting the class to eight nominees to be voted upon and eliminating the direct-elect selections on a one-year trial basis.


The goal, Colangelo said, was to avoid the lesser-known honorees being lost amid the interest in the star names headlining this year's event.

"[That's] because of the enormity -- even before Kobe's death -- that we think Kobe and Duncan and Garnett bring to it," Colangelo said. "We've never had a class that strong at the top. And of course with Kobe's death, it added more focus.

"We thought the way of dealing with it was eliminating some direct-elects on a one-year basis. We have that flexibility, fortunately, to do it because some people could get lost in the shuffle, really, in terms of getting their due."

Colangelo also addressed the speculation that, in the wake of Bryant's death, he would be enshrined in the Hall without a vote.

"No, no, no," Colangelo said. "I have no idea where those things started. We have a process and you follow the process. When we met in Dallas after his death, we had to deal with that, and the way we dealt with it was we weren't going to submit a lot of names. We were going to make it a small class.

"We want everyone to get their due. It's important. It's sensitive. We have a job to do between now and the end of August, that it is that kind of a program and production. As sad as it all is, we have to deal with all of that, and life goes on in the world of basketball and the Hall of Fame and we don't want to take away from the people here who are the prospective inductees."


ESPN's Michael Wilbon and Mike Breen were elected into the Hall of Fame as recipients of the Curt Gowdy Media Award. The Hall also added a pair of media awards this season -- the Curt Gowdy Insight Media Award and the Curt Gowdy Transformative Media Award -- and those went to Jim Gray and TNT's "Inside The NBA" program, respectively.
​
"It's hard to process," Breen said with a smile. "I just love the game, and to be able to call the games ... to me, that was the lottery. That was hitting the jackpot for the rest of my life.

"To think that you were doing something that you love so much, and then they're going to give you this unbelievable award? I know it's a cliché, but it's overwhelming."

The Hall's Class of 2020 will be announced during the NCAA Final Four in Atlanta on April 4. The Hall's Honors Committee -- made up of Hall of Famers, basketball executives, media members and others -- will vote on the finalists, who must receive 18 of 24 votes to be enshrined.

BGOL Investor
A detail view of the Nike sneakers featuring a tribute to Kobe and Gianna Bryant worn by Quavo #91 of Team Stephen A. during the 2020 NBA All-Star Celebrity Game 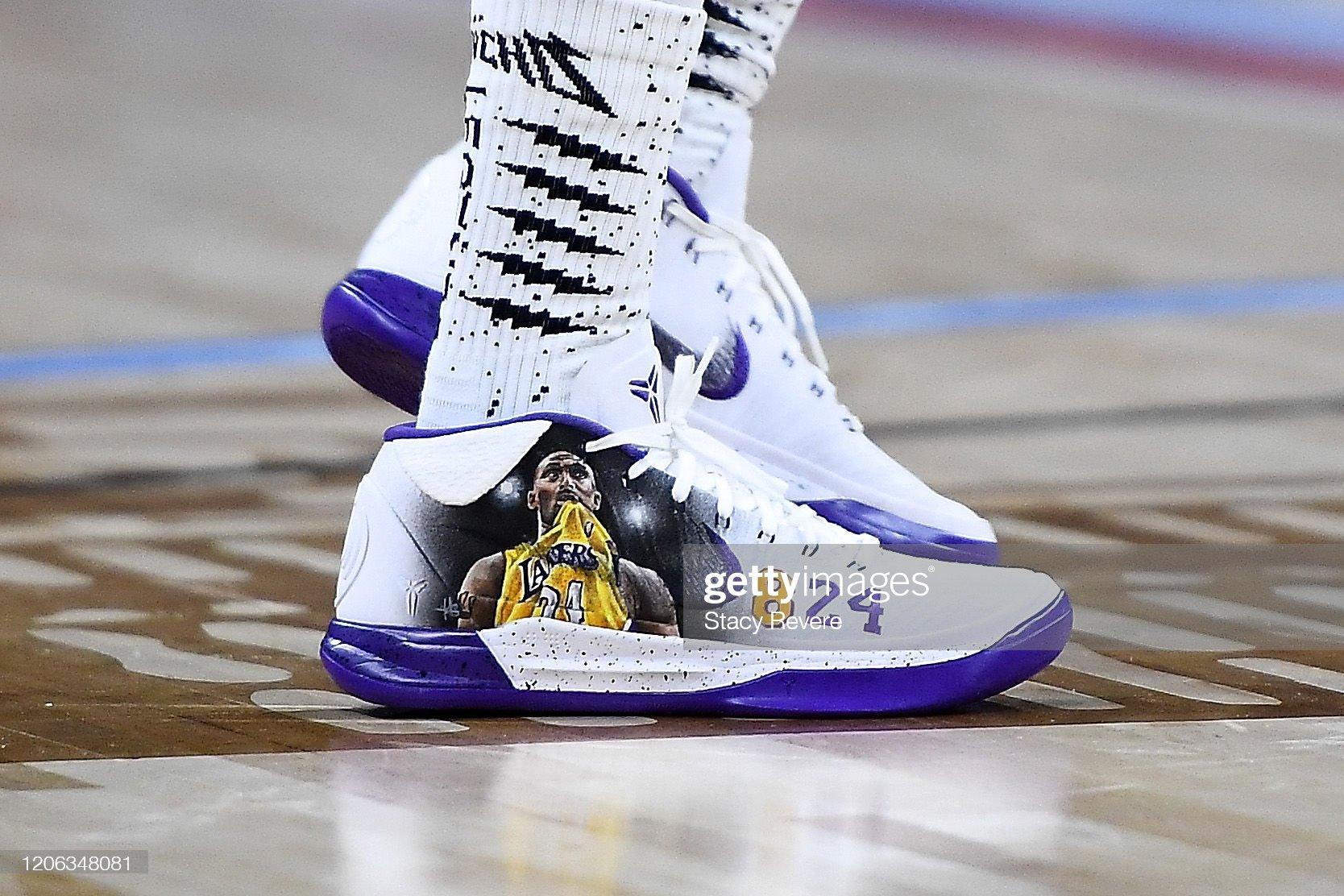 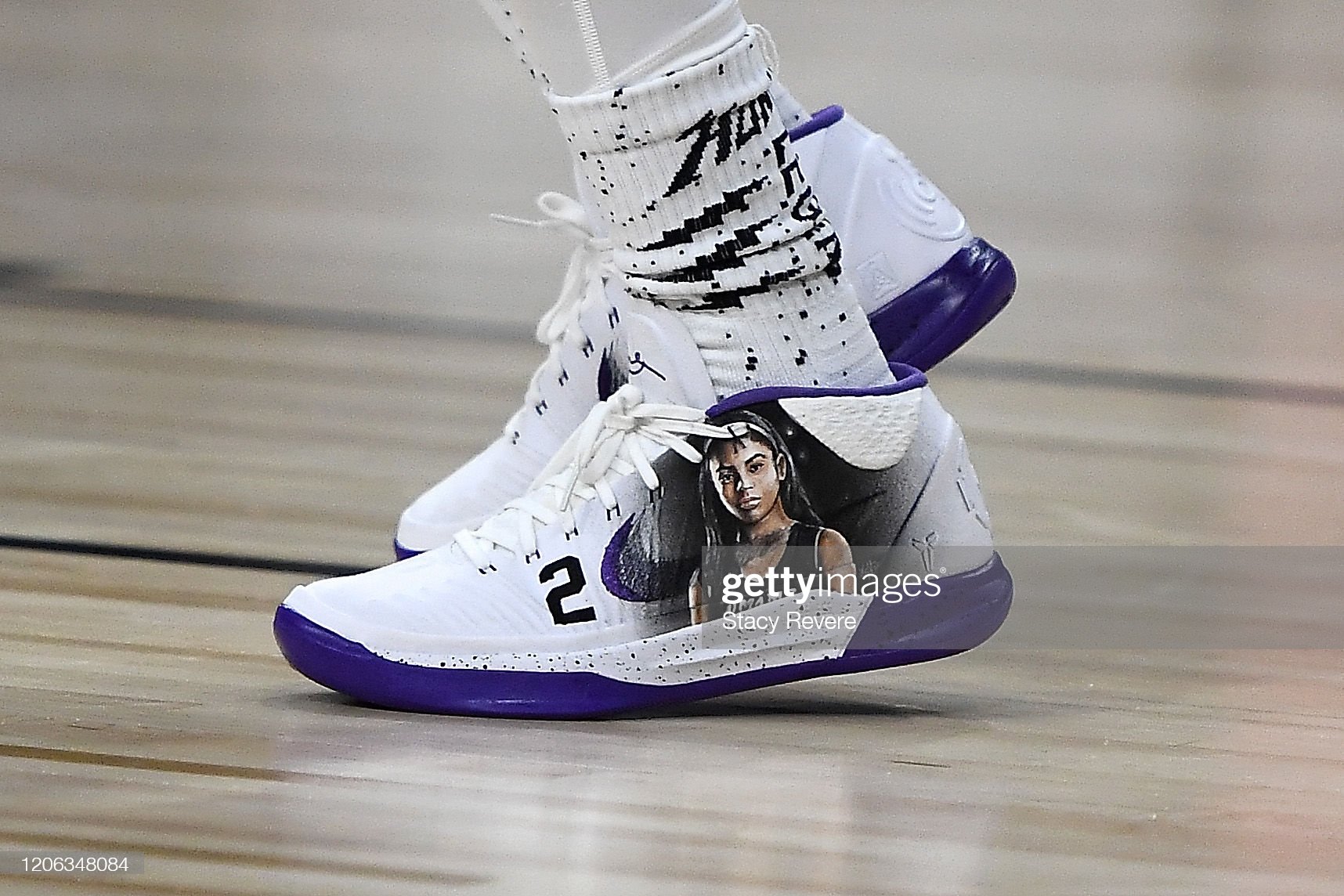 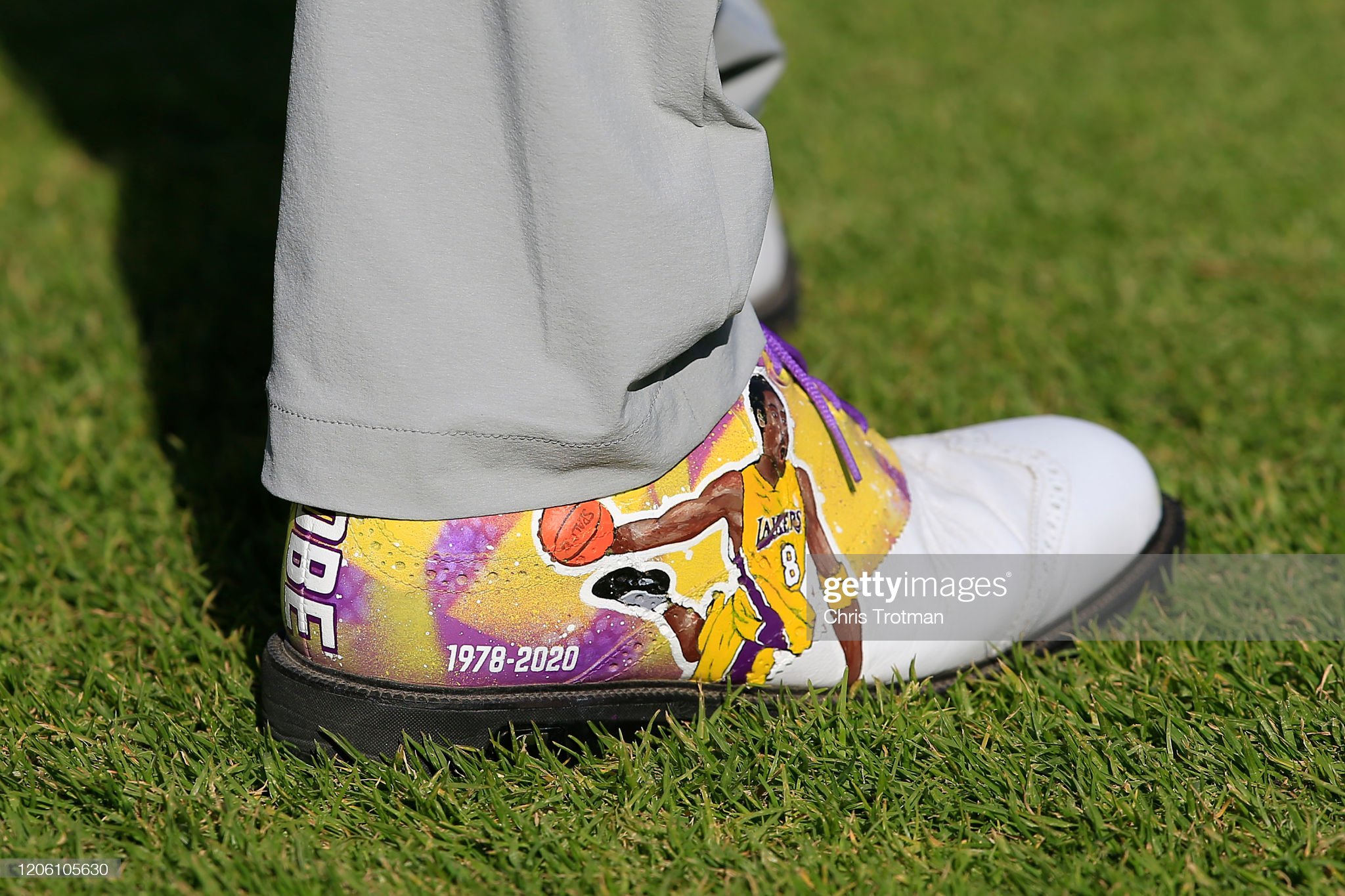 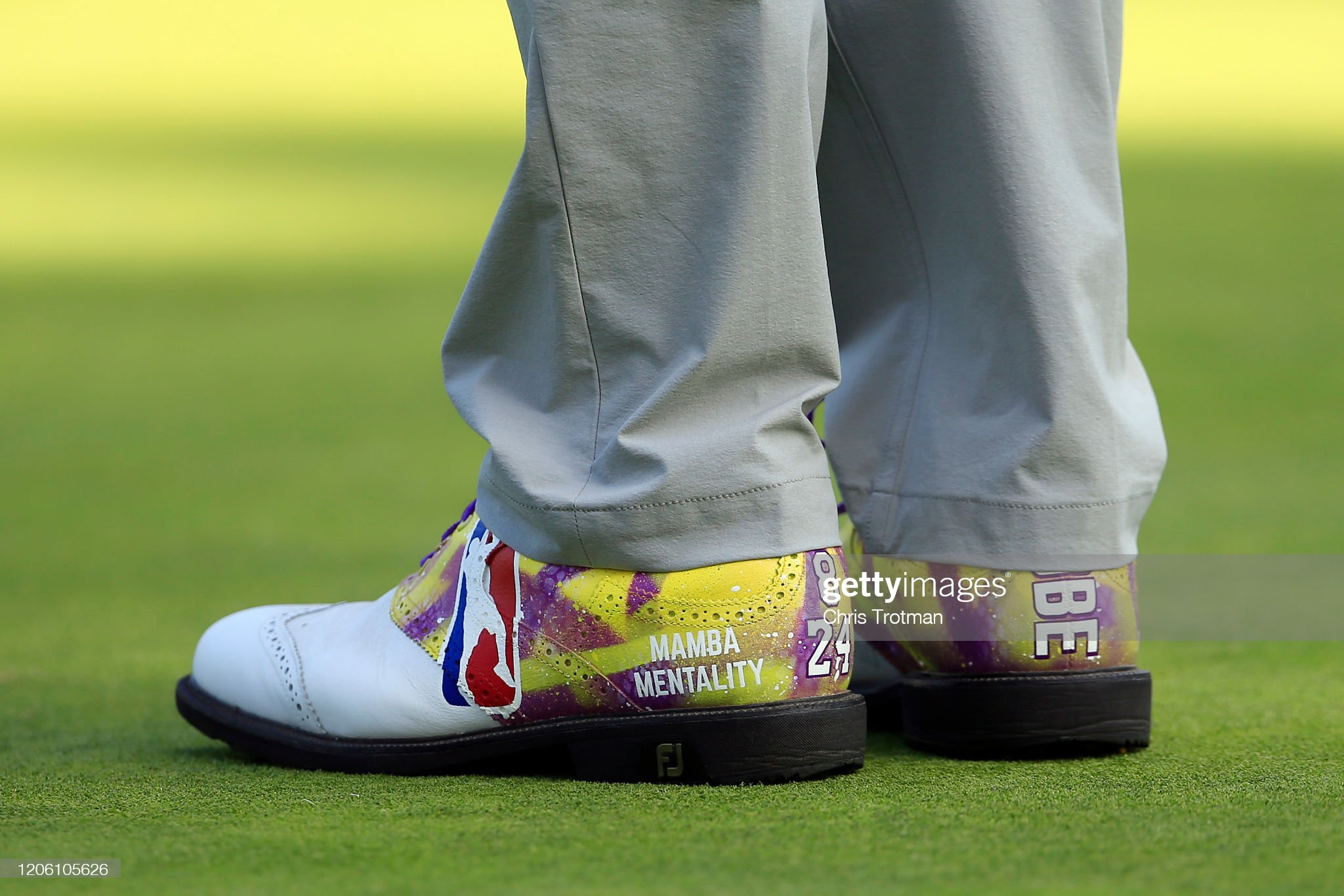 Charles Barkley Under Fire For Response To 2003 Kobe Bryant Scandal

Charles Barkley commented on whether or not he believes the rape accusations against Kobe should be a topic of discussion. Inside the NBA invaded Today recently when hosts Charles Barkley, Ernie Johnson, Kenny Smith, Shaquille O’Neal sat down to discuss their friend Kobe Bryant. The death of t...


Charles Barkley commented on whether or not he believes the rape accusations against Kobe should be a topic of discussion.
Inside the NBA invaded Today recently when hosts Charles Barkley, Ernie Johnson, Kenny Smith, Shaquille O’Neal sat down to discuss their friend Kobe Bryant. The death of the basketball icon hasn't been removed from headlines since news broke on January 26 that Kobe, his daughter Gianna, and seven of their friends all perished in a helicopter crash in Calabasas, Calif.

Lisa Blumenfeld / Staff / Getty Images
The last two weeks have been filled with people remembering Kobe with kind words and condolences, but controversy kicks up dust whenever anyone mentions the 2003 scandal where the basketball star was accused of rape by a 19-year-old hotel employee. The case never went to trial because the woman refused to testify, but she did file a civil lawsuit that was settled privately. Bryant also had to issue a public apology where he stated he truly believed their sexual encounter was consensual, but he recognized that she didn't.
Recently, Gayle King caught international heat after a clip of her interview with Lisa Leslie went viral. King probed Leslie about her opinion on Kobe's accusations, causing many to drag her on social media. The Inside the NBA hosts were asked if they believed, as journalists, it was inappropriate for King to raise those questions so soon after his death. Kenny Smith spoke at length about Kobe's influence and how we're all "imperfect people," but it was Charles Barkley's remarks that stirred up controversy.
"Kobe Bryant is one of the greatest basketball players, ever, and he had a flaw that we all know about," Barkley said. “You have to tell the picture in totality. We’re not trying to make Kobe out to be no hero. We’re celebrating his basketball excellence. We understand what happened in Colorado. That’s fair, but two things can be true.”
People accused Barkley of betraying his friend to satisfy the media. Others wondered if Barkley would receive the same level of backlash as King. Watch the clip and check out a few reactions below.

The whole rape conversation was avoidable

That Coons day is coming...brah

The Best On The Planet

BGOL Investor
Barkley and his generation are a bunch of white women chasing coons, yall shouldnt be shocked they wont defend Kobe against the smears and WS. Most of yall 90s era superstar idols are married to white women so they gone say stuff like this. They were propped up for their athletic ability but they live in another world from the rest of us.

BGOL Investor
The media is like Faux News, they drag out black people to bash other black people. And right on queue. 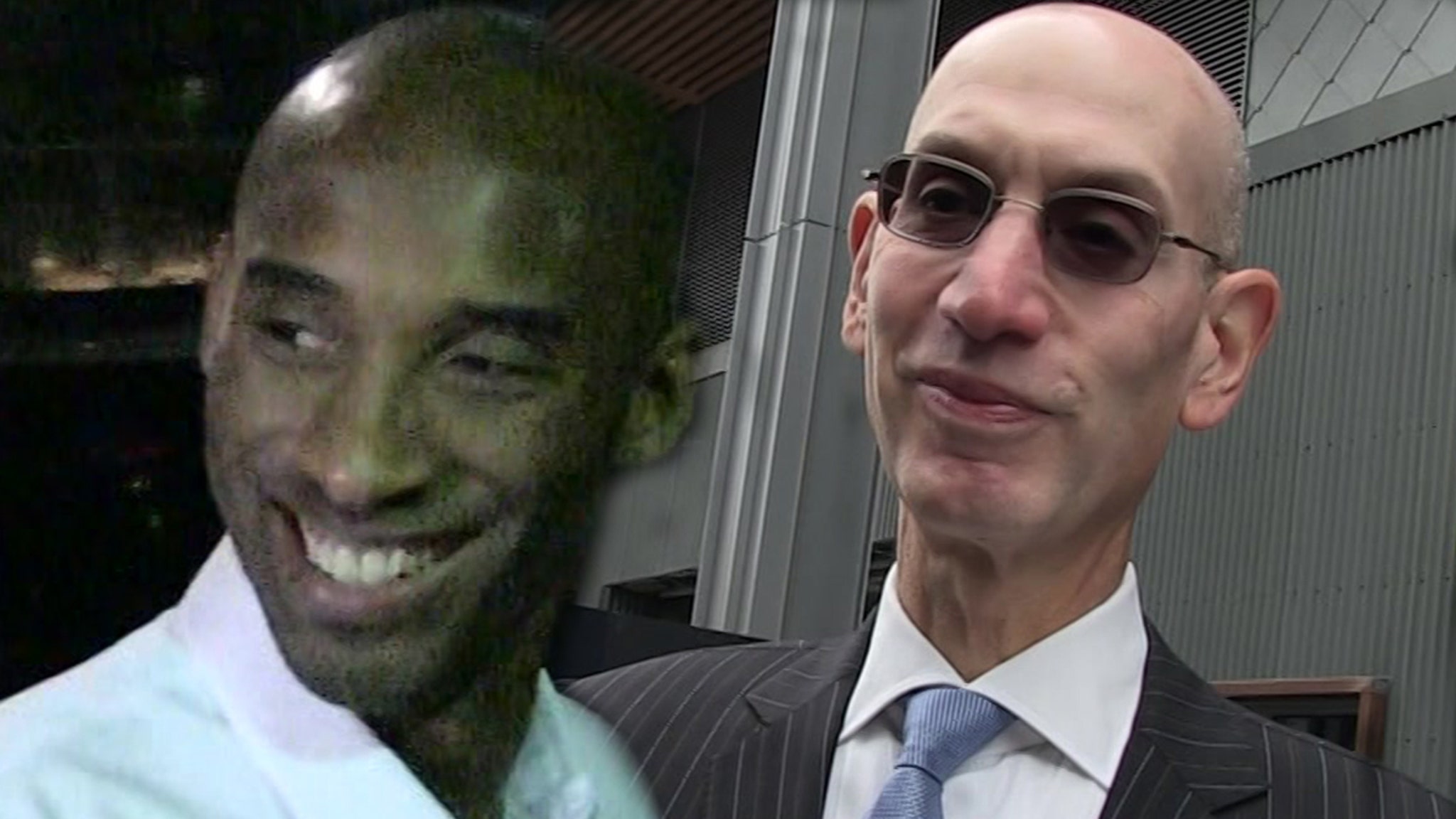 The All-Star MVP award is now named after the late, great Kobe Bryant. 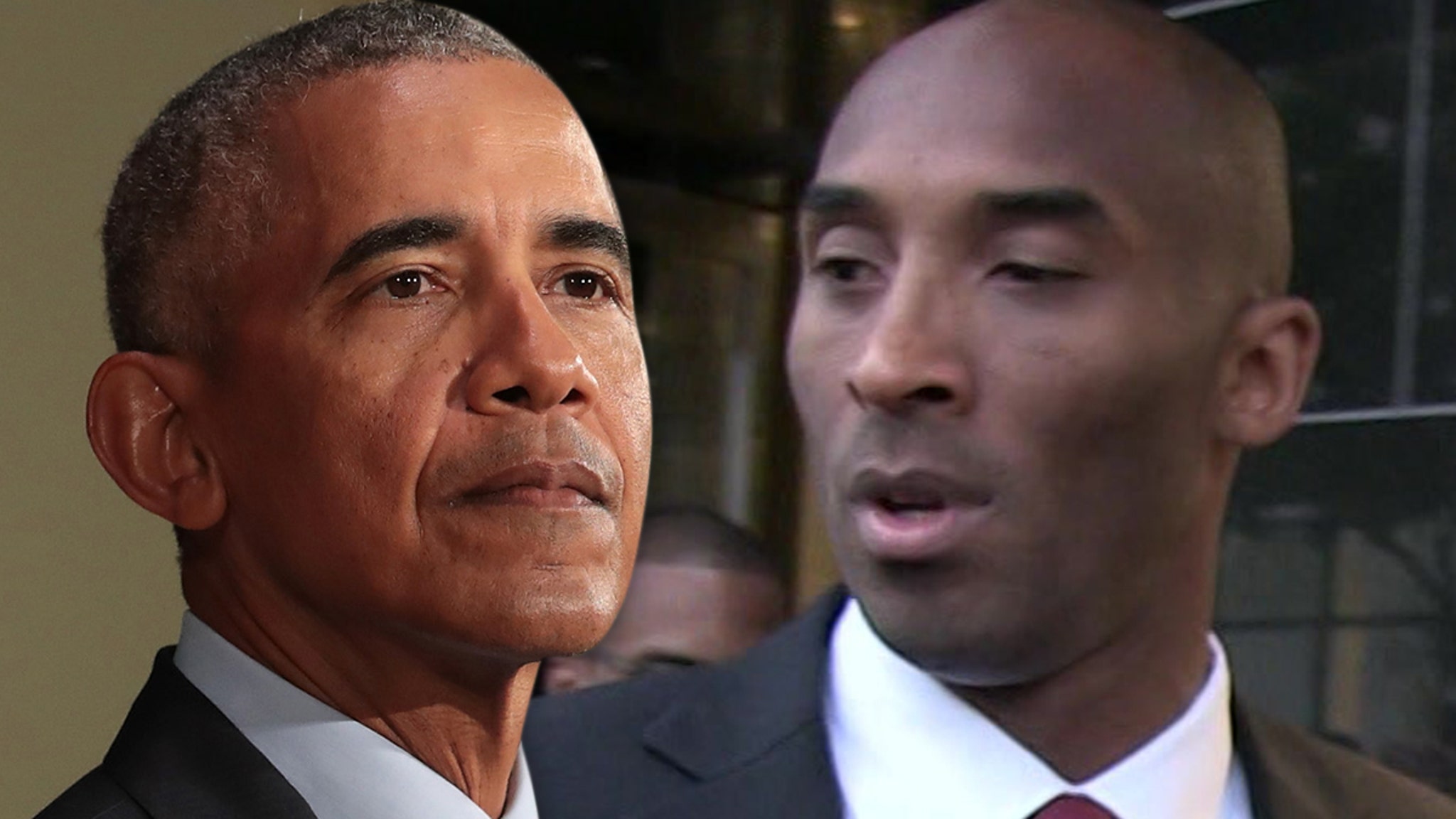 Barack made sure to mention Kobe Bryant at an NBA All-Star brunch, touching on why it hit him so hard.

Laughing at u old fools 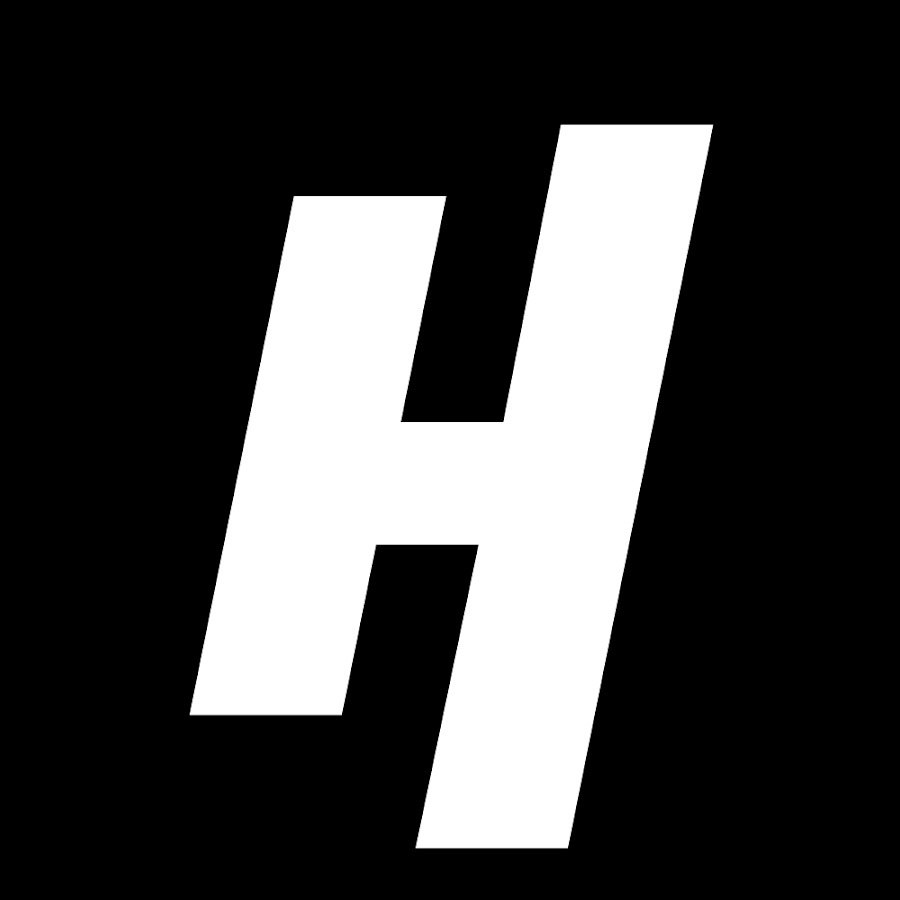 The Best On The Planet

BGOL Investor
Kobe gets an award named after him before you know who.

Speaking of which anybody seen him this weekend? Maybe he shows up tonight before the game and gives a speech to the Chicago crowd about his "little brother". 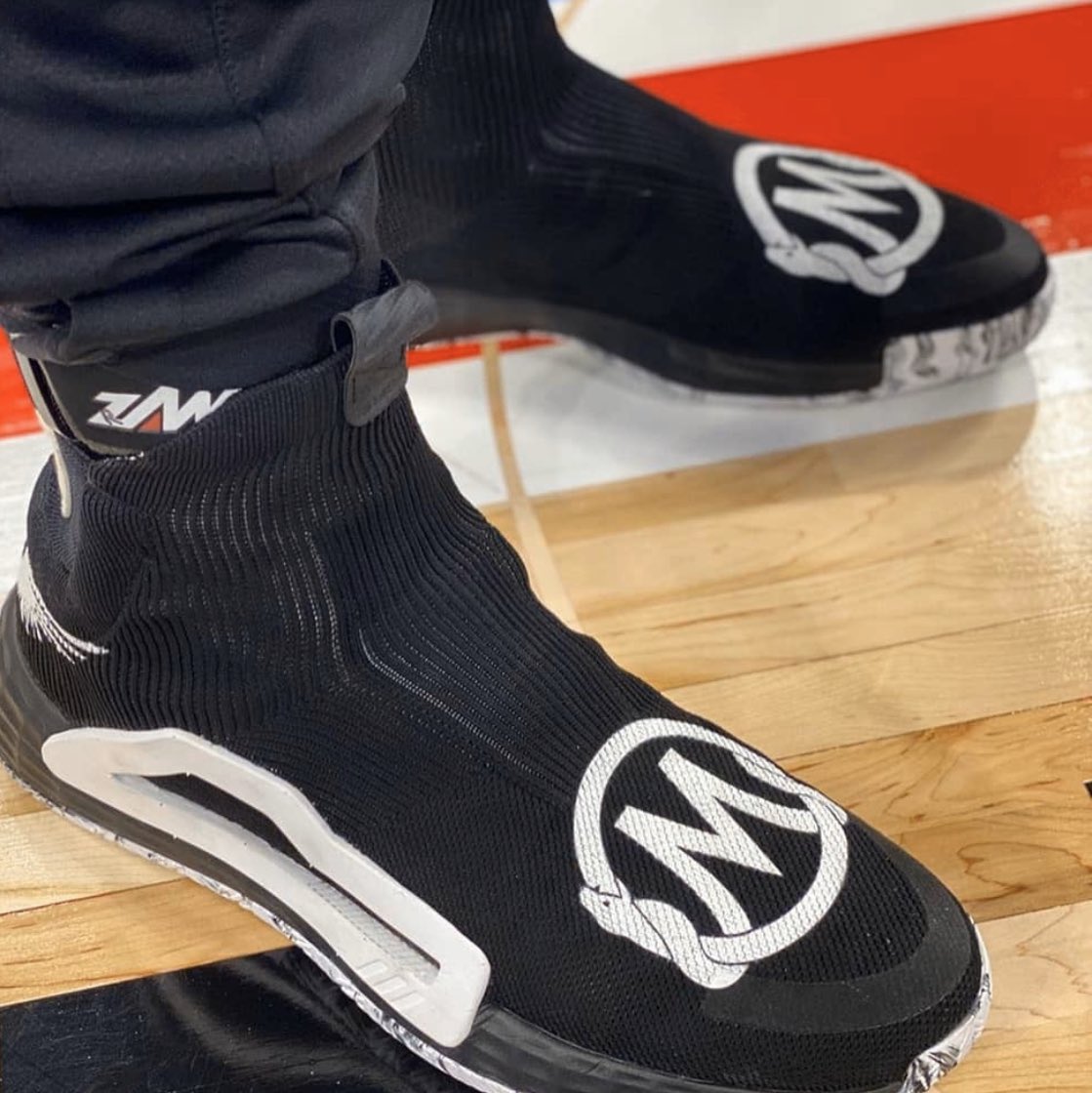 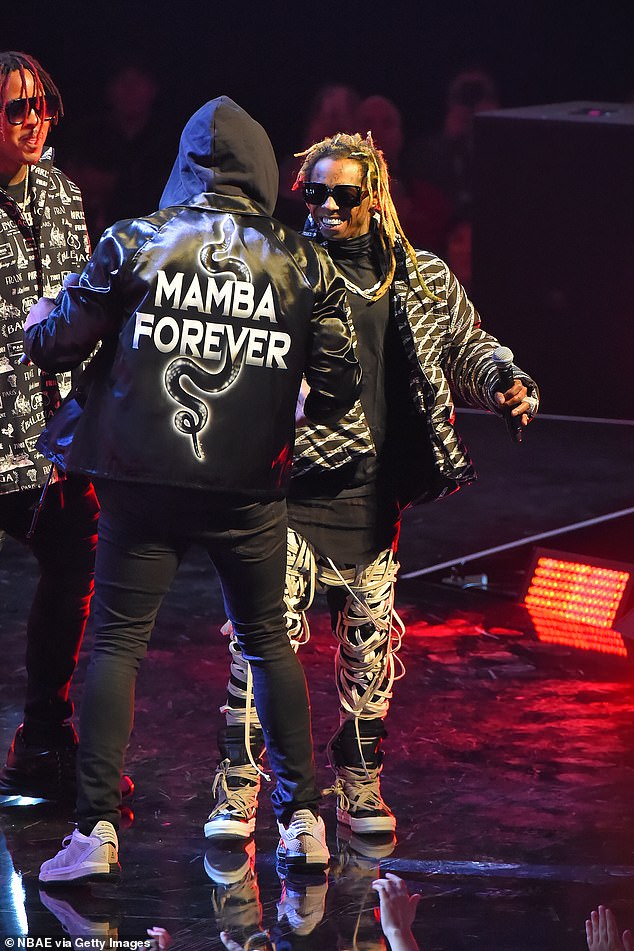 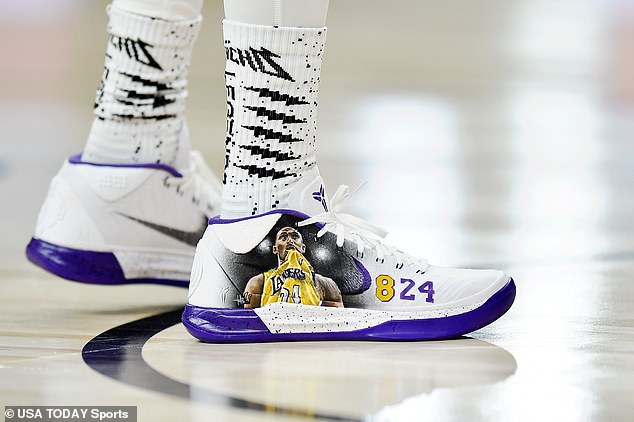 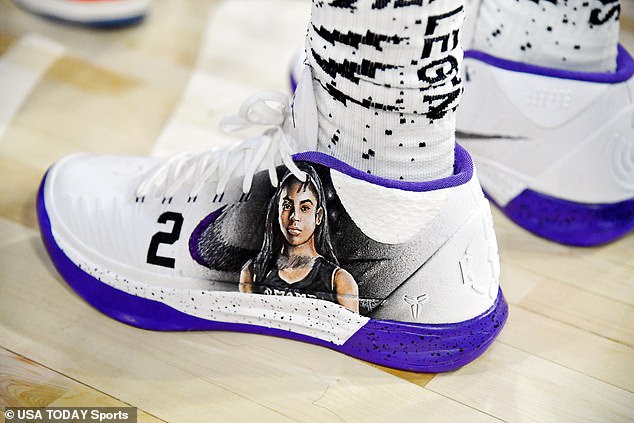 Complex said:
The media is like Faux News, they drag out black people to bash other black people. And right on queue.

I wonder what Barkley did to Willie D for his attacks to continue because it is personal for Willie D.

both Bryant and Barkley were on the “post racial” tip so none of them could relate, and of one could it would be Barkley, growing up in Leeds, AL.

the numerology in all the Bryant tributes have been heavy, the next one on 2/24, so we will see how long this ritual plays out. 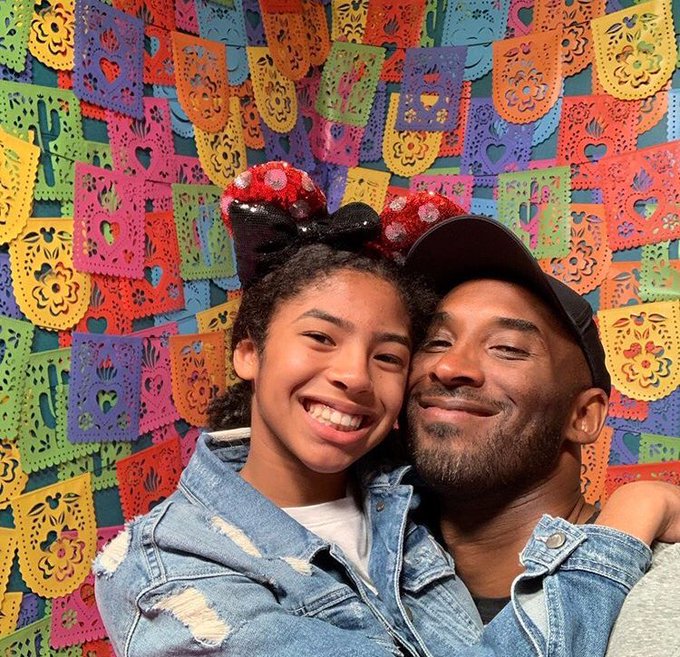 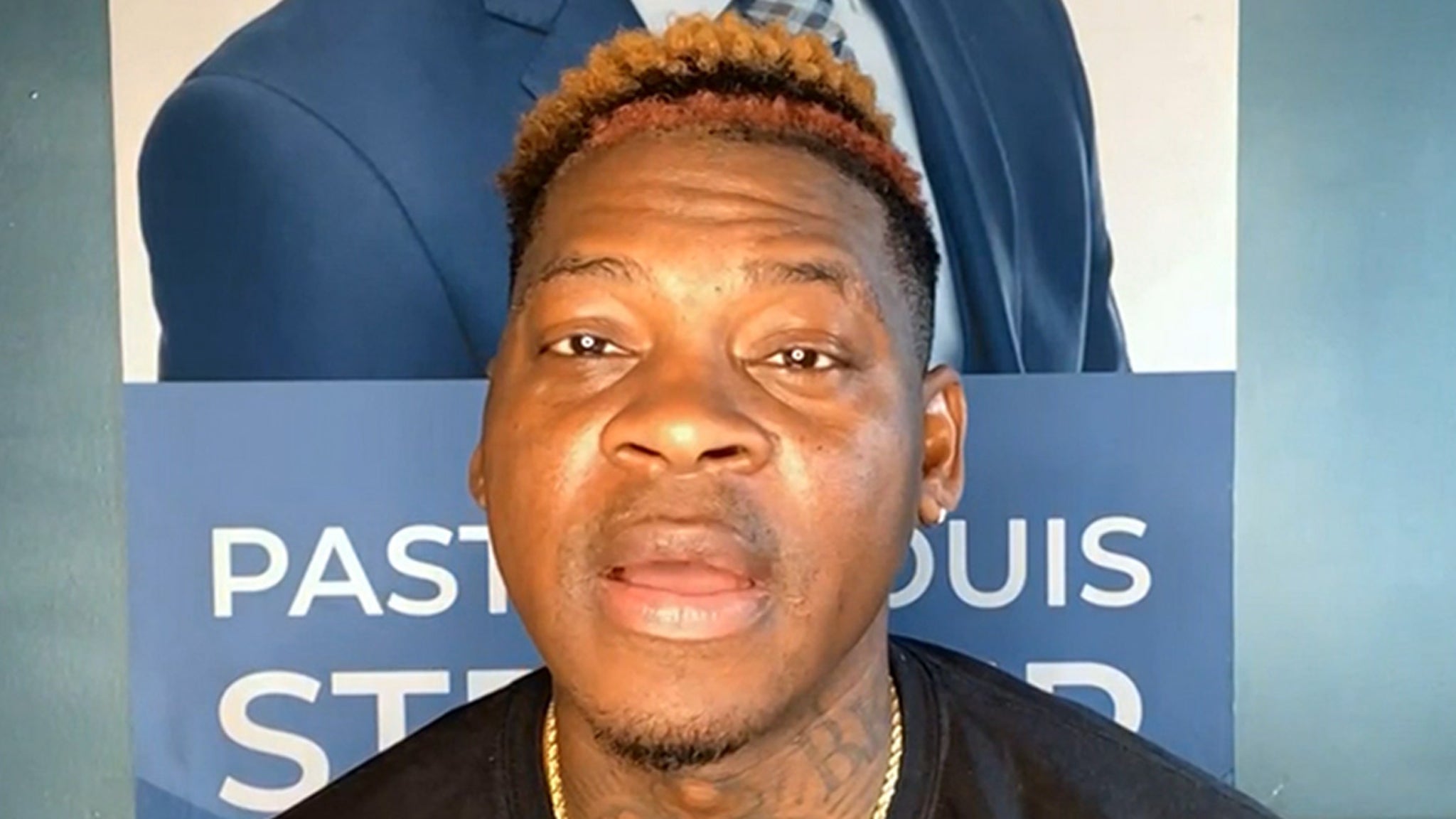 Ex-Lakers star Smush Parker says he wishes he could have ended his years-long feud with Kobe Bryant before he passed. 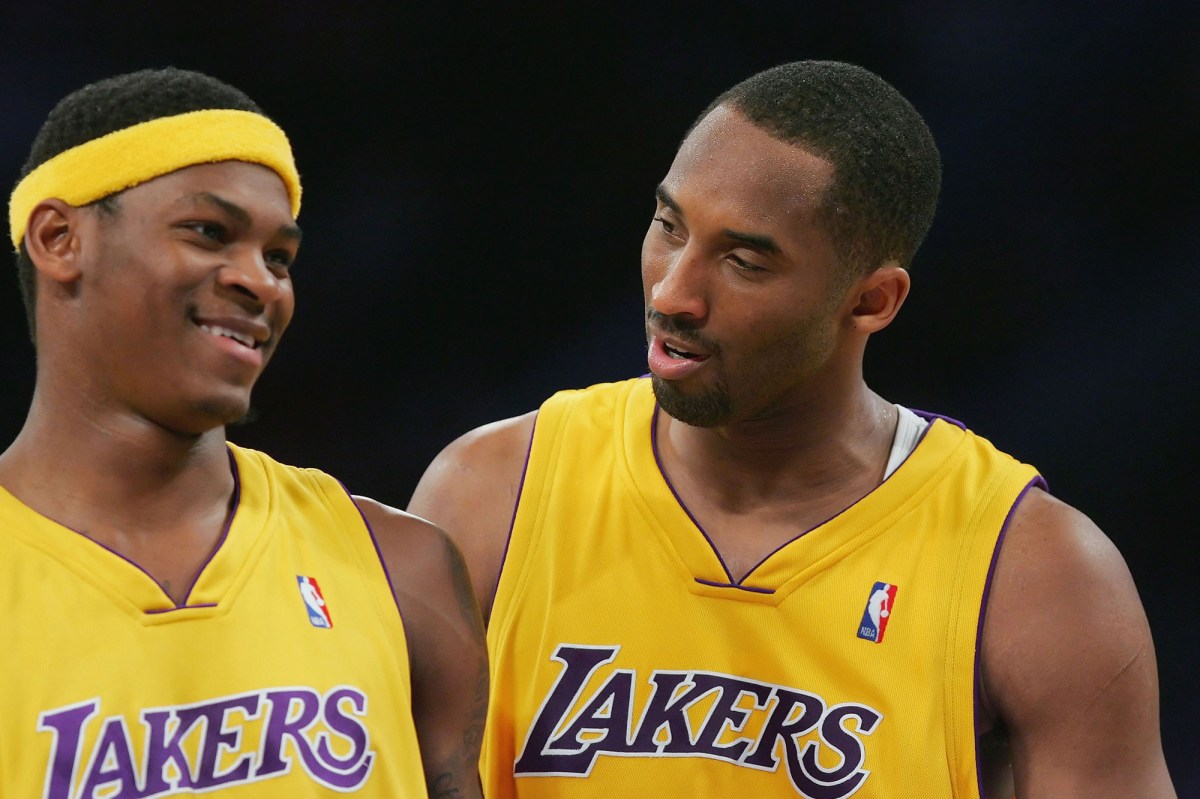 A former Lakers teammate with whom Kobe Bryant had a war of words was hoping to make amends. Now Smush Parker, a Brooklyn native who played at Fordham and was Bryant’s teammate for two season…

If you’re familiar with the post-Shaquille O’Neal Los Angeles Lakers, chances are the name Smush Parker rings familiar. Parker was a journeyman point guard already in his first two years, playing for three different teams before landing as the Lakers starting point guard and Kobe Bryant’s... 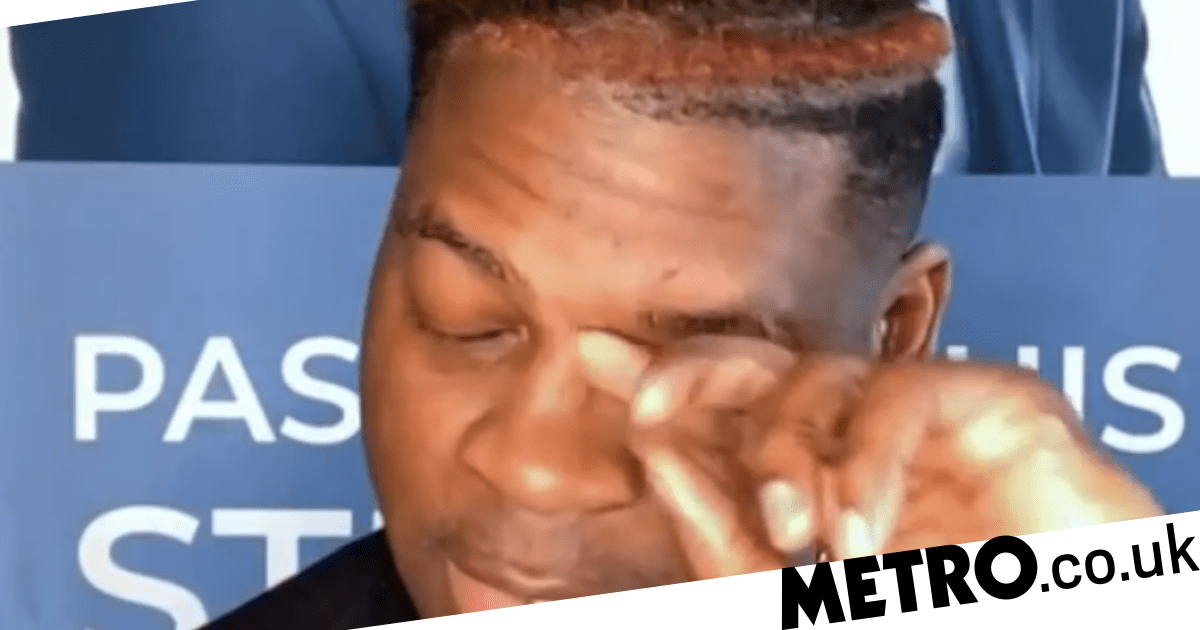 'The greatest thing a man can do for another man is look in his face to say 'you know what, I was wrong and I'm sorry'.