darth frosty said:
What small details from a Marvel movie do you love?
This has probably been mentioned before but I’ve always thought it was really cool that Drax showed his respect for Tony Stark by dressing up for Tony’s funeral and actually wore a top for the first time in the MCU. 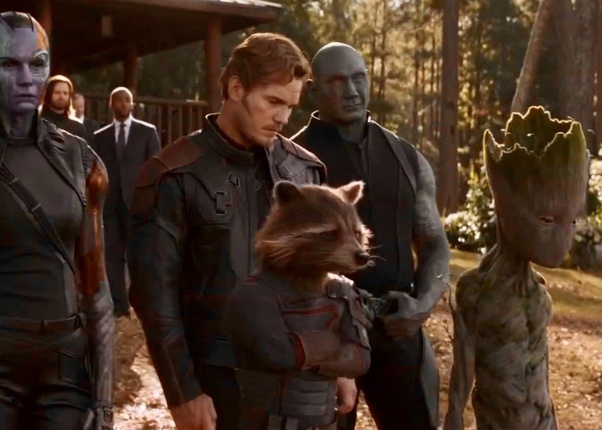 Drax has mentioned his “sensitive nipples” before as a reason for being permanently topless. I cannot remember him ever wearing clothing on his top half in the MCU, other than wearing an armoured rocket pack in the climactic battle in Guardians Of The Galaxy Vol. 2, but even this led to him screaming “aaaarrgghhh, my nipples” as he blasted off. The man clearly has an aversion to wearing clothing on his upper body.

Which is why I thought it was a really beautiful and poignant moment when I saw Drax dressed up for Tony’s funeral. Drax clearly had huge respect for Tony and the sacrifice that he made in order to finally vanquish Thanos.

I’m sure that there were copious amounts of nipple tape used in order to attend the funeral. 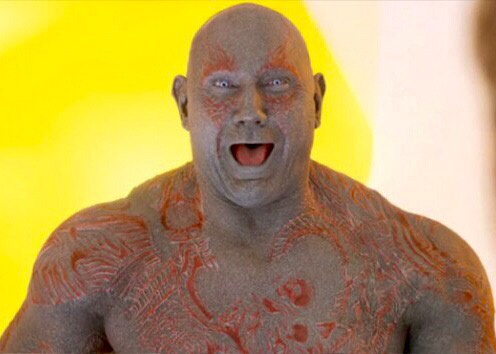 Those small details give it that much more respect.

I just finished watching Infinity war and was reminded of how much of a fuckboy Star Lord was and is.

Also Ebony Maw would have been a serious problem if he lived longer. He made it look easy when he pulled up on Strange and his homie, Tony, Spiderman, and Shook Hulk. 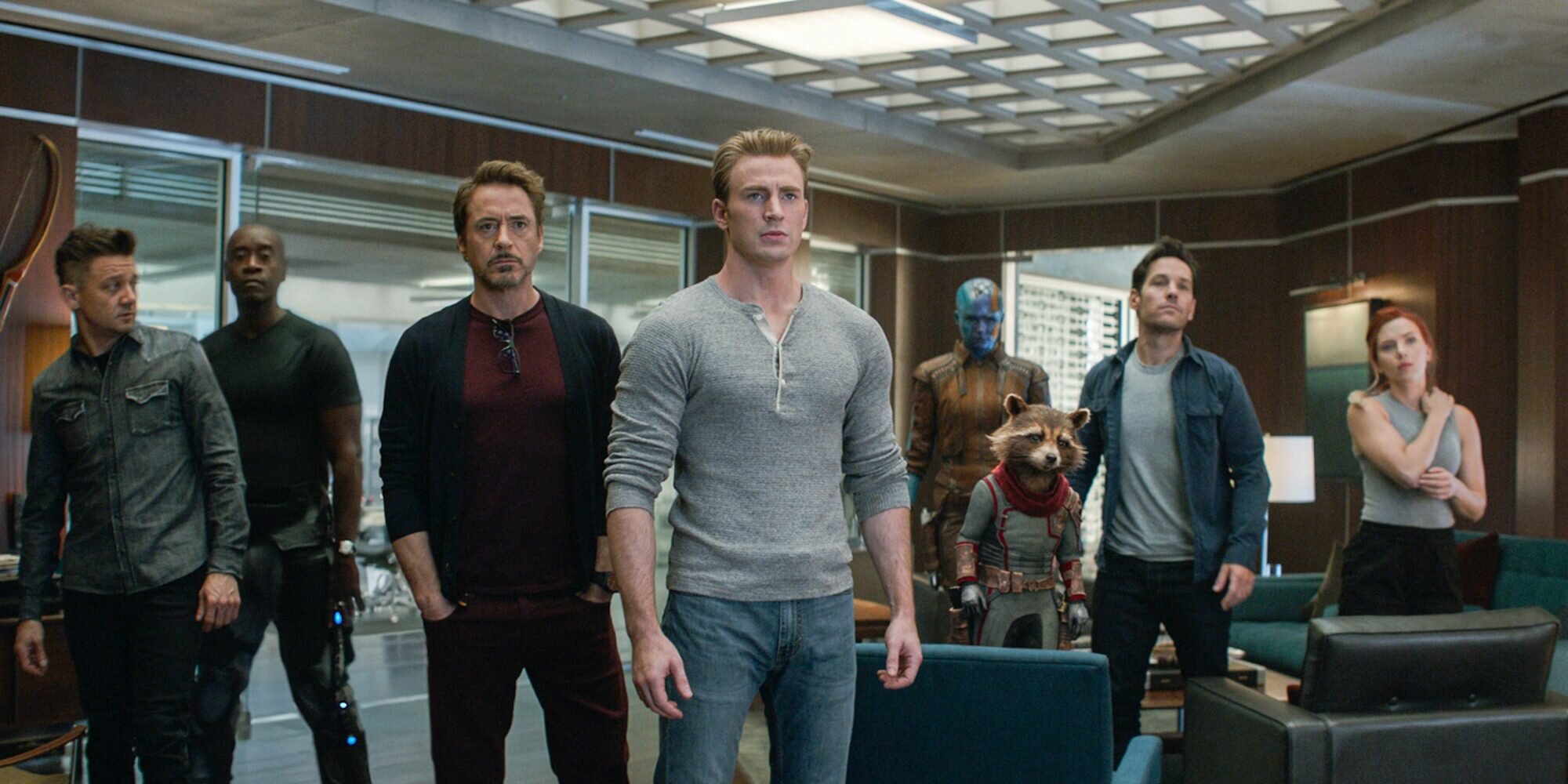 It kind of puts the 15 times I saw Black Panther in the theater to shame. But at least for my part I didn't pay. I had movie pass so I paid 10 bucks a month to see black panther 15 times.

BGOL Investor
Damn a 6 hour Endgame cut would be crazy but what about Infinity War?

Damn, I watched this whole thing. Pretty good analysis. I tried to watch them all in order last summer. This video might have me doing it again

DJCandle said:
Watching Endgame again and I’m wondering Tony HAD to snap his fingers once he grabbed the stones. He could’ve easily destroyed Thanos himself with all those stones and lived on.

Was he forced to do it?
Click to expand...

What is something you noticed in Avengers: Endgame that you believe others have missed?
A certain poetry to Tony Starks death as well as the fact his death was unavoidable.

It cannot be denied that Tony put up a valiant effort against Thanos, even when pushing him one-on-one.

Thanos: ‘All that for one drop of blood'.

Immediately after, Thanos returns Tonys assault tenfold and wounds him deciding to kill Tony there and then.

To summarise, Tony was going to die having only achieved drawing a drop of blood from Thanos essentially dying in vain.

The next scene when Doctor Strange bargains for Tonys life he hustled Thanos. He performed the greatest con in history -- Thanos believed Doctor Stranges priority was merely to save Tony when in fact it was to delay Tonys death to guarantee the overall victory.

Doctor Strange knew from the start that Tony was going to die and I think he had the burden of knowing he could never save Tony. So what is he to do?

He peers into the future and sees Tony dying in two ways: he either dies pointlessly and in vain after having only grazed Thanos and ultimately achieved nothing…

Tony dies performing the snap that wipes out Thanos and his entire army.

Doctor Strange had the grim duty of manipulating Tony Stark from one death to another:

Either Tony dies having achieved nothing…

Or Tony dies saving everyone and vanquish their greatest enemy.

P.S. As an additional note, I think Tony knew deep down he may die but lived in hope. In his final days in Endgame he carried himself like a man who knew he was living on borrowed time…

The reason I believe Tony knew his days were numbered is because of the fact Doctor Strange traded the Time Stone for his life. He even asked him: ‘Why would you do that?’.

This is where another line from Thanos comes back to haunt: ‘You're not the only one cursed with knowledge’.

From the moment Tony was saved by Doctor Strange, his curse was knowing he was meant to die and eventually would.
Last edited: Apr 26, 2021

Nice. Did he show that same bravery to make sure Vision's body was respectfully treated in death? Did he tell said synthezoid's soul mate, etremely powerful yet often emotionally unstable, who looked up to him as a father/mentor figure, that he was leaving and not coming back? Did he recommend she get grief counseling before he left? Just saying. He's still my boy though.


Lou_Kayge said:
Nice. Did he show that same bravery to make sure Vision's body was respectfully treated in death? Did he tell said synthezoid's soul mate, etremely powerful yet often emotionally unstable, who looked up to him as a father/mentor figure, that he was leaving and not coming back? Did he recommend she get grief counseling before he left? Just saying. He's still my boy though.
Click to expand...

BGOL Investor
In Infinity War, Thanos didn't really know how to use the stones to their full potential. He was just winging it. Imagine if he understood fully how to use them?

Doctor Strange is more powerful than most audience members think.

Wanda is more powerful than most audience members think.

That makes so much sense. All the shit ive seen on the net over the years. If I were ultron I wouldve came to the same conclusion. The human race is terrible.

The inscription on the side of Mjolnir states: Whosoever holds this hammer, if they be worthy, shall possess the power of Thor.
C

Basetip said:
The inscription on the side of Mjolnir states: Whosoever holds this hammer, if they be worthy, shall possess the power of Thor.
Click to expand...

Release it. I love those log ass extended cuts of the LOTR movies. 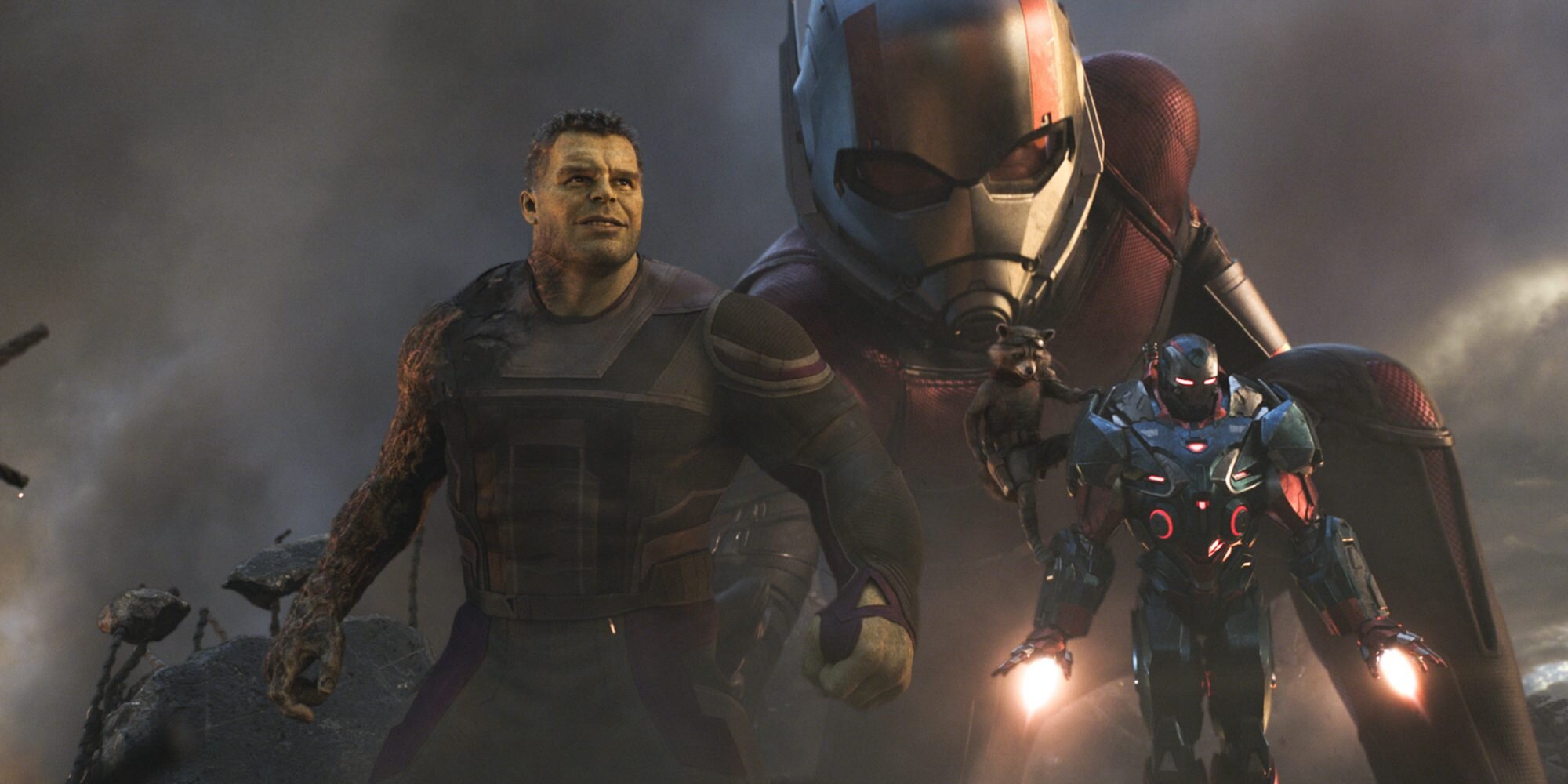 ViCiouS said:
wow
Captain Marvel is so unpopular - they took the name off her movie
Click to expand...