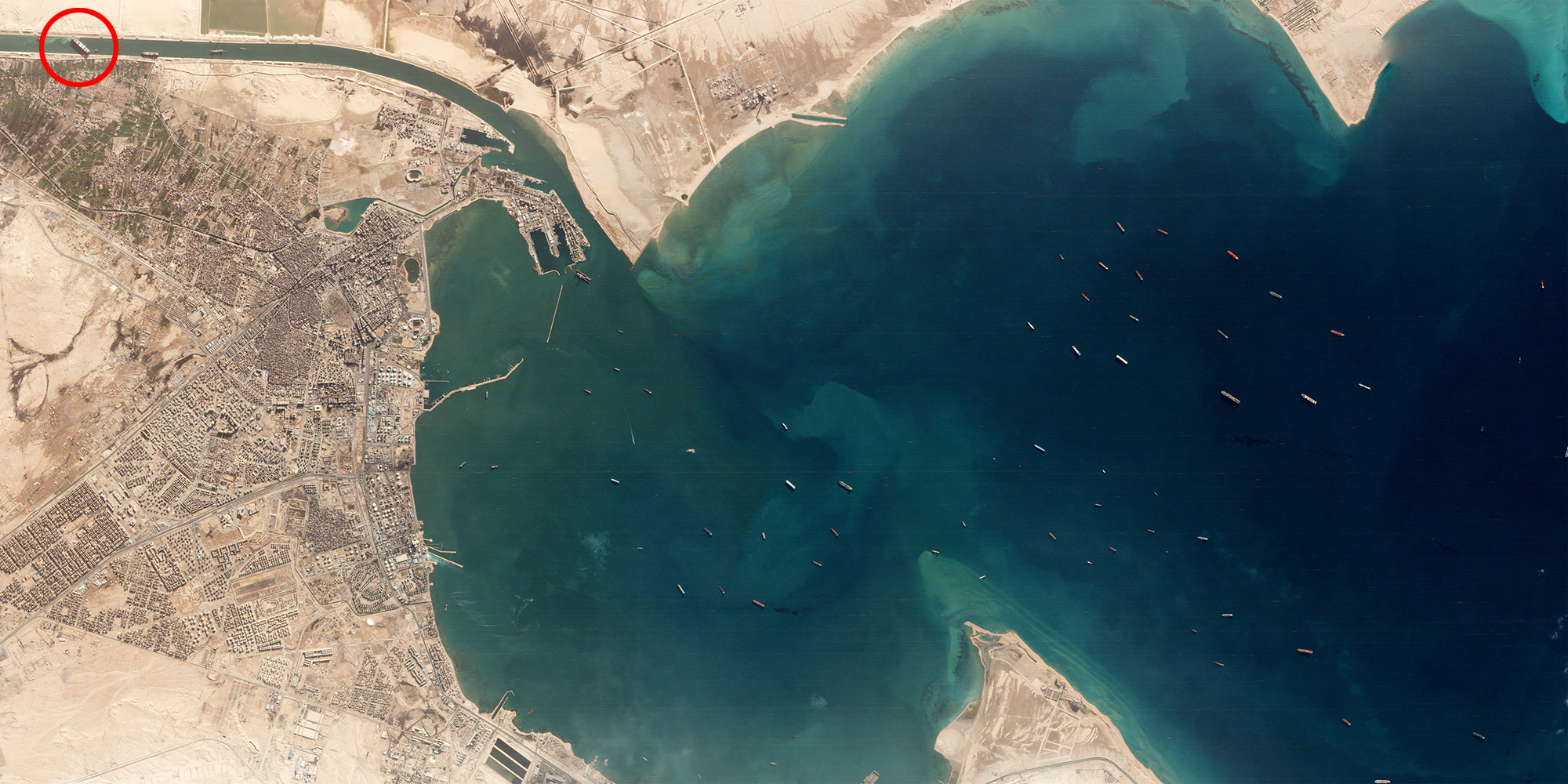 This view from space captures the true scope of the maritime traffic jam caused by the massive ship blocking the Suez Canal — amid new fears that the logjam might lead to piracy.

Satellite images show dozens of vessels stuck in the Gulf of Suez — in the northern end of the Red Sea — while the 1,300-foot-long Ever Given is wedged diagonally in the canal, blocking their meandering path.

Tiny Dover satellites operated by the San Francisco-based company Planet and the Airbus-built Pleiades satellite captured the soaring images of the flotilla waiting to enter the blocked canal, Space.com reported.

The fully laden Ever Given — displacing 220,000 tons — was struck by unexpectedly high winds Tuesday that pushed it into the banks of the 673-foot-wide canal.


Meanwhile, multiple shipping companies from around the world have contacted the US Navy because of the possibility that pirates might target their rerouted vessels, the Financial Times reported. 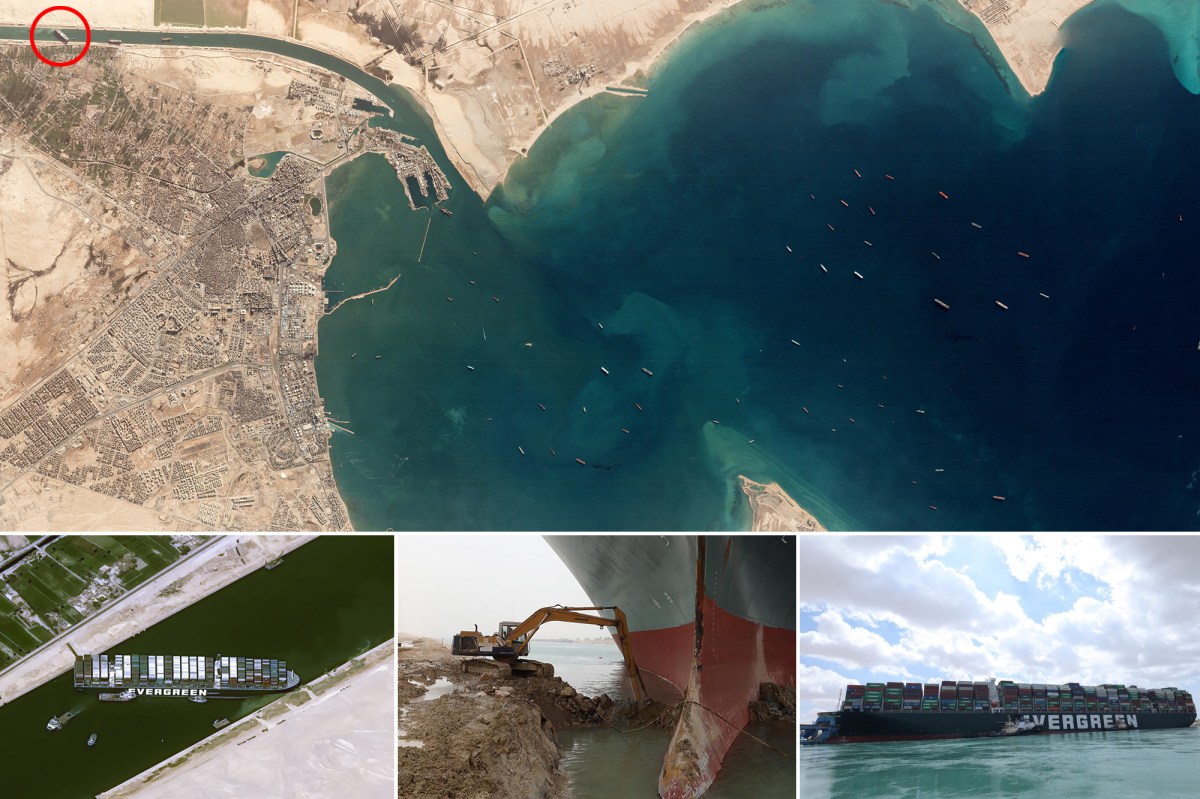 This view from space captures the true scope of the maritime traffic jam caused by the massive ship blocking the Suez Canal — amid new fears that the logjam might lead to piracy. Satellite im…


Salvage experts said it could take weeks to resolve the mess, which has forced the industry to consider anchoring billions of dollars of cargo at sea or take long — and potentially risky — routes around Africa.

A spokesperson for the Navy’s Fifth Fleet told the Financial Times that it has received several inquiries in the past two days from shipping companies over maritime security in the region, which has a history of piracy. 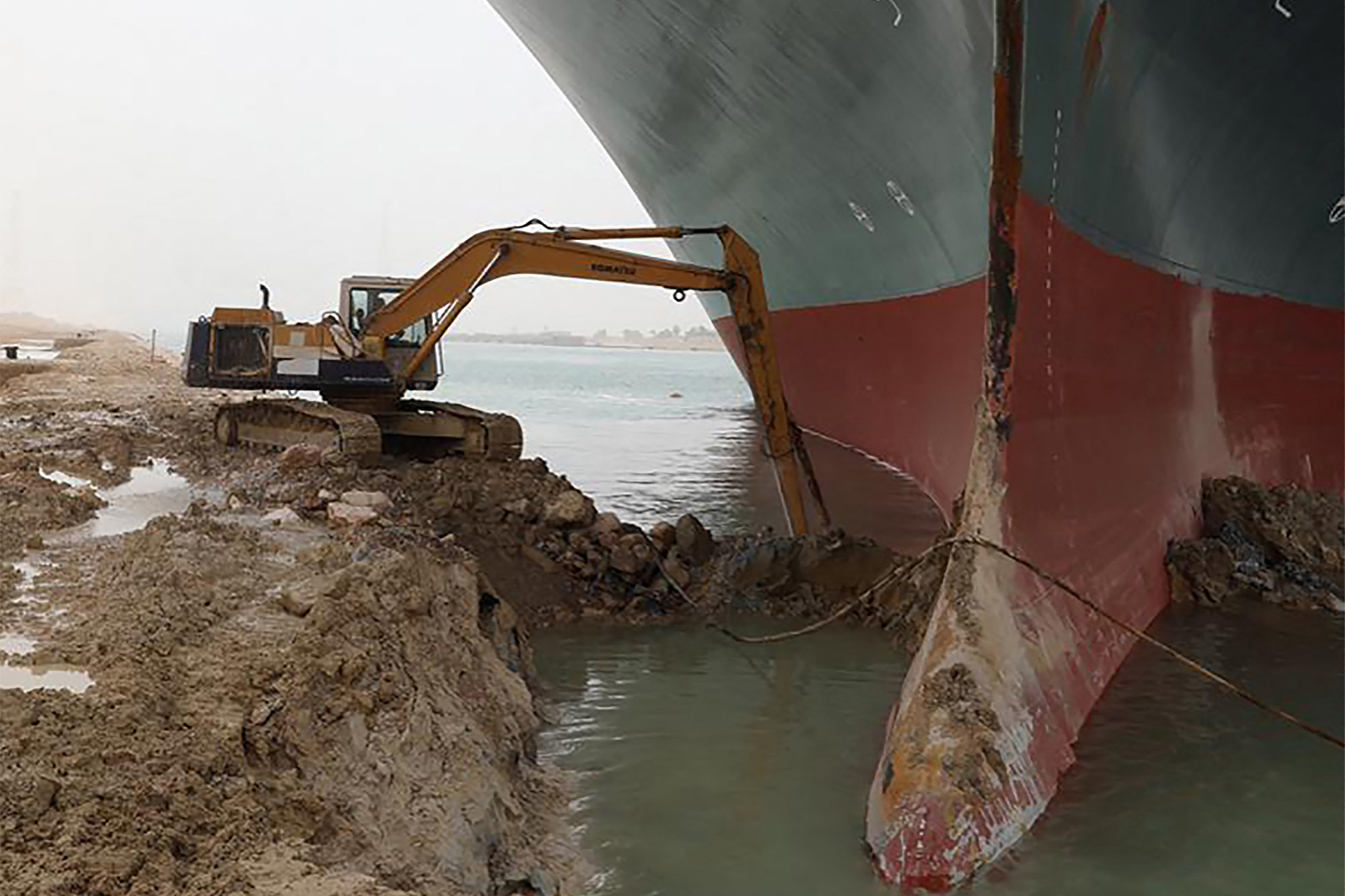 The Ever Given has been impeding all traffic across Egypt’s Suez Canal.Suez CANAL/AFP via Getty Images
Zhao Qing-feng, an official with the China Shipowners’ Association, said that rerouting ships carries security considerations.

“Africa has the risk of piracy, especially in east Africa,” he told the news outlet, adding that companies may need to hire extra security guards. 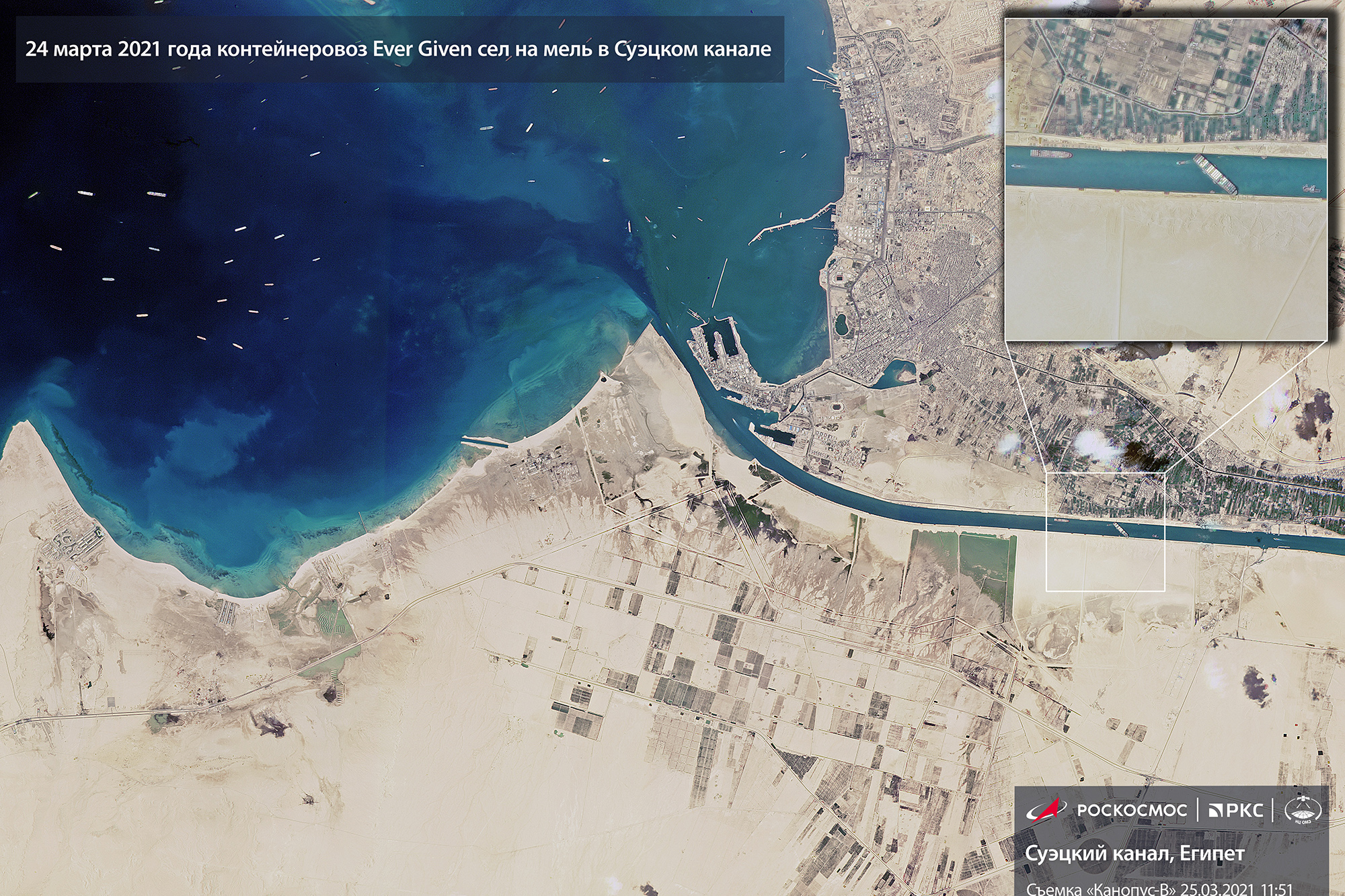 The 50 or so ships that usually pass through the Suez Canal every day have been blocked after the Ever Given ran aground.Roscosmos/Handout via REUTERS
Willy Lin, chairman of the Hong Kong Shippers’ Council, said warships from various countries might be needed to protect ships in the area.

While pirates have long targeted ships along East Africa, there has been a recent surge in kidnappings at sea and other maritime crimes in West Africa. 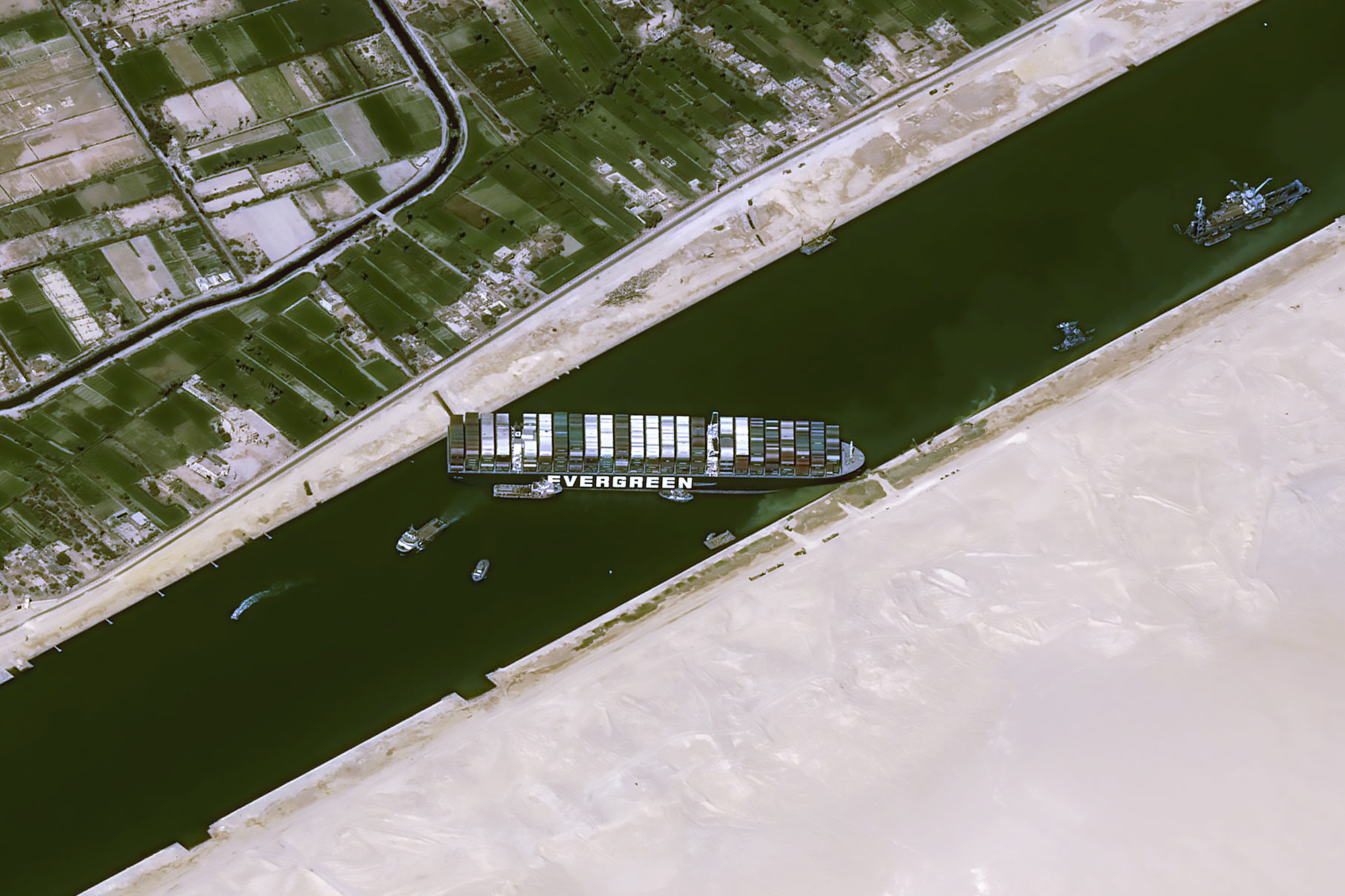 A satellite image shows the stranded container ship Ever Given after it ran aground in the Suez Canal.CNES/AIRBUS DS via REUTERS
The US Navy told the Financial Times that naval operations have not yet been affected in the region, but companies were concerned that if the blockage continued, their ships could face risks.

James Wroe, head of liner operations at the Danish Maersk Asia Pacific, wrote on social media that the decision on whether to reroute the ships was a “roll of the dice,” according to the outlet. 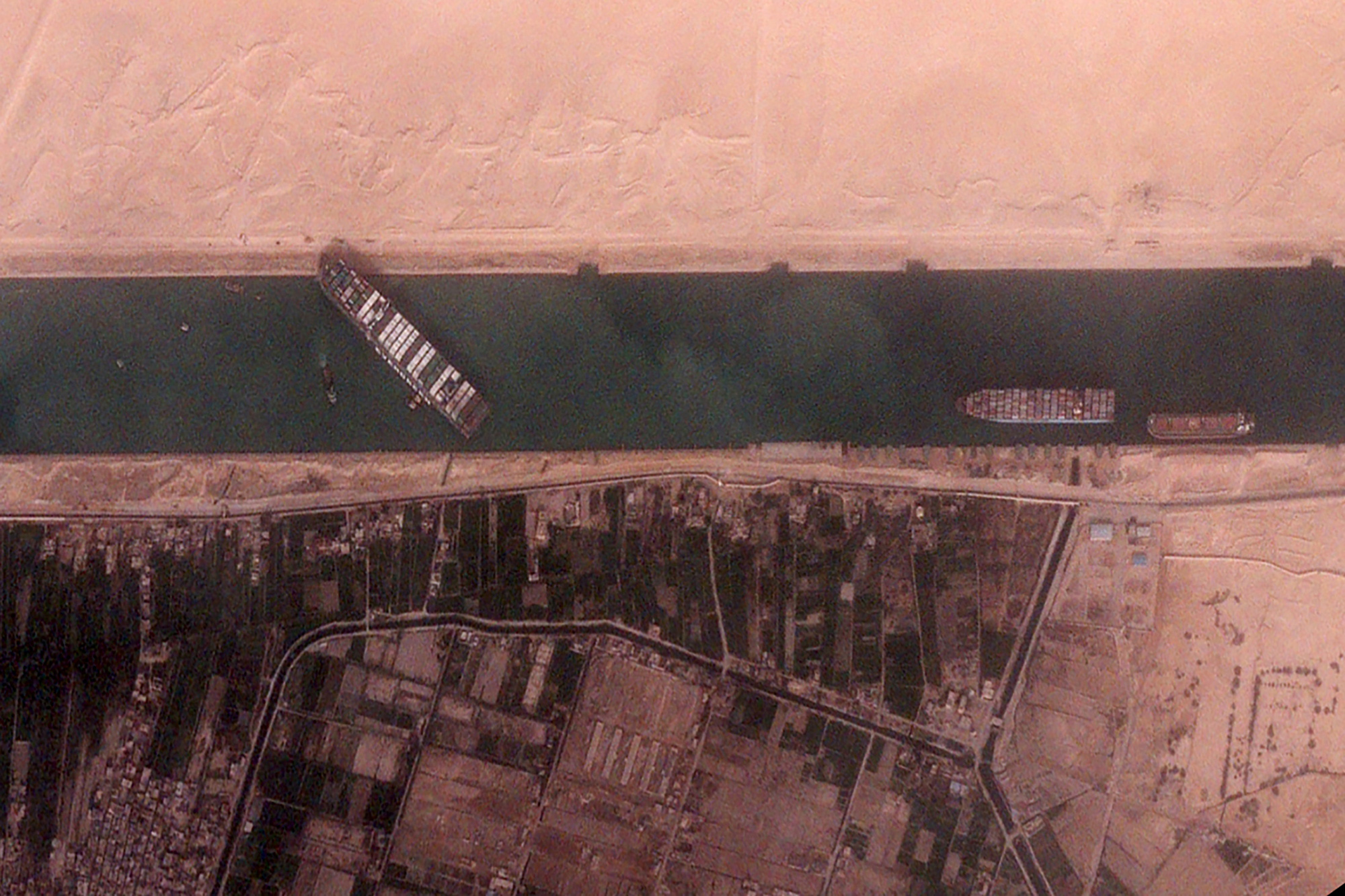 The owner of the Ever Given has apologized for the mega-blockage, which is causing a global trade crisis.BlackSky/Handout via REUTERS
On Friday, tugboats and a specialized suction dredger worked to dislodge the Ever Given as the almost 240 other ships remained stuck indefinitely.

Using data from Automatic Identification System trackers on ships at sea, data firm Refinitiv shared an analysis with the Associated Press showing that over 300 ships remained en route to the waterway over the next two weeks.

The huge Ever Given blocking the Suez Canal has other vessels weighing the perilous decision of whether to take the long way around Africa instead.

Super Moderator
Pretty much sums it up.