BGOL Investor
Who was the better (or your favorite) jazzy/r&b singer of the 80's between the two?

Helen Folasade Adu OBE (born 16 January 1959; better known as Sade), is a British singer-songwriter, composer, and record producer. She first achieved success in the 1980s as the frontwoman and lead vocalist of the Brit and Grammy Award winning English group Sade. Anita all day. Anita's voice is so soulful.

You can throw on a "I love you just because" or "Same Old Love" hell even in 2012 Anita has it by a country mile.

BGOL Investor
Anita...I love me some Sade but Anita is on another level when it comes to vocals.

H.A.N said:
Anita all day. Anita's voice is so soulful.

You can throw on a "I love you just because" or "Same Old Love" hell even in 2012 Anita has it by a country mile.
Click to expand...

^^^This.
There should be a selection on that poll that says "They're both OG's and it's to hard to choose between the two of them"
S

BGOL Investor
This is the back of anita baker...as she comes to see Sade in concert 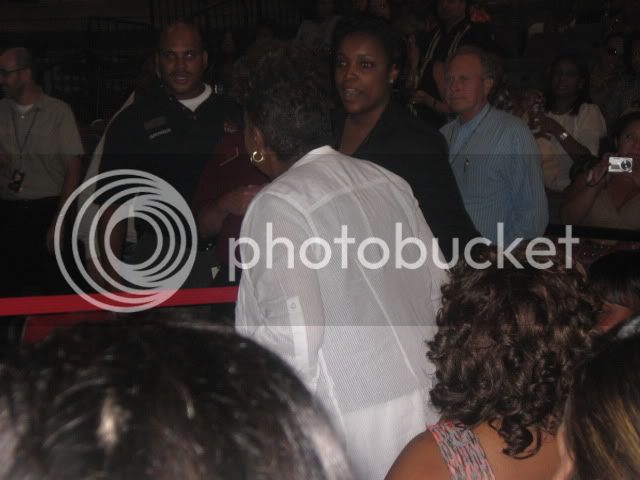 This is Sade owning the stage! 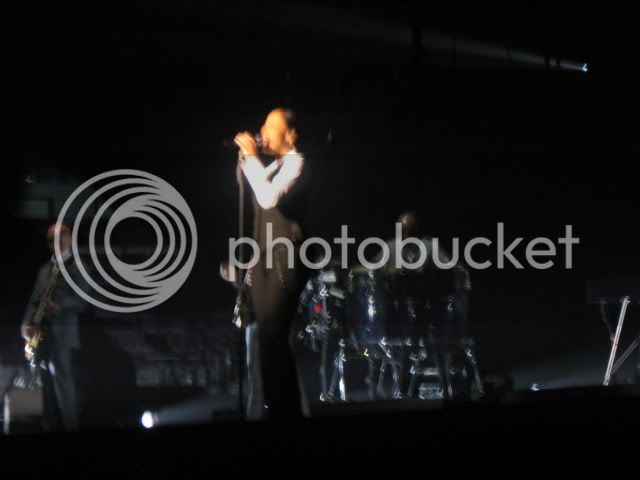 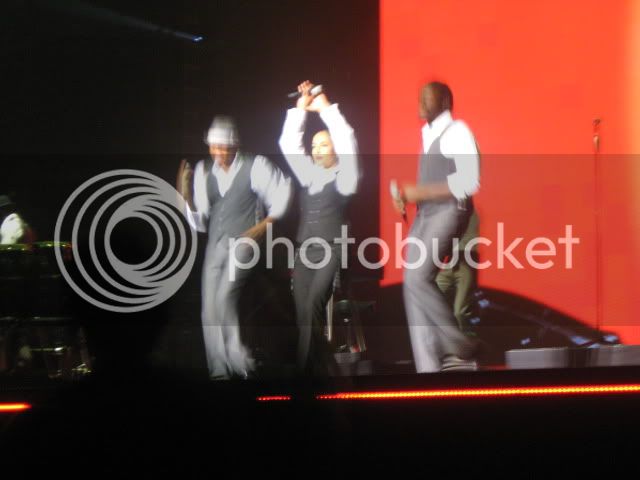 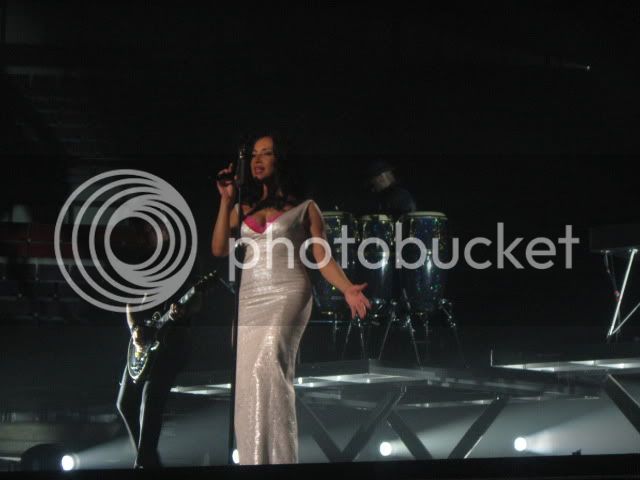 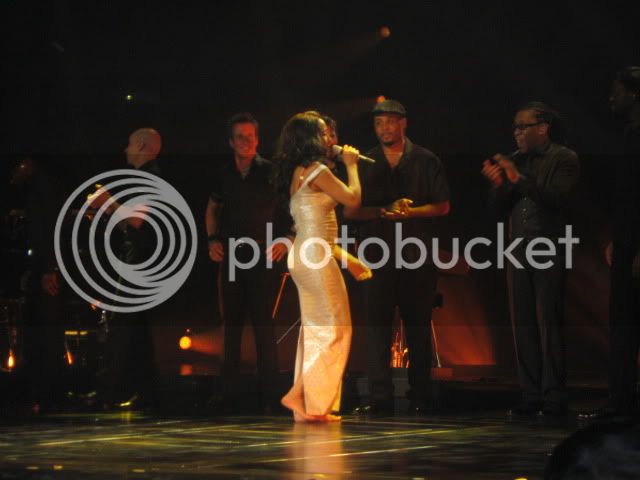 Registered
Can I have have them both???

Platinum Member
i was always more of a sade fan...

Registered
if we talking the 80's or vocals.... I got Anita... if we talking discography... Sade catalog is better tho imo

BGOL Investor
I love both, but this cd is in my personal top 10 of all time. 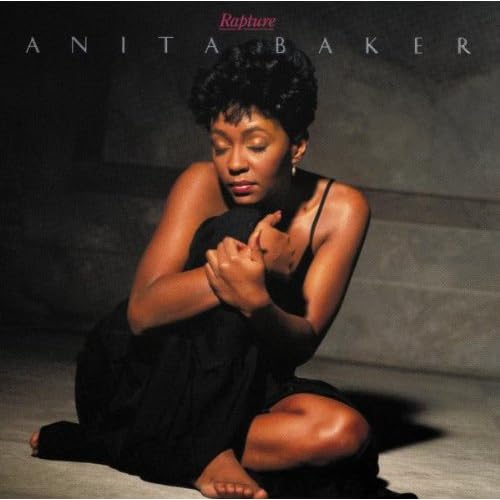 BGOL Investor
Anita Baker not even close. Anita could sing her ass off, especially on stage. Dominated the late 80s and early 90s.

zipgun1 said:
All that warbling Anita does makes a lot of her songs all sound the same
Click to expand...

so you're sayind Sade has more RANGE than Anita Baker?

sammyjax said:
so you're sayind Sade has more RANGE than Anita Baker?
Click to expand...

BGOL Investor
Man I've seen Anita Baker in concert twice at Radio City and at Westbury Music Fair. You knew she wasn't lip synching cause she was taking requests and would sing while talking. Trust me when I say she sounded EXACTLY LIKE HER CD. Her voice was perfect. Also she had the crowd in the palm of her hand. That sista is TALENTED.

BGOL Investor
Both are great but Anita is the better singer

that's higly subjective, but i get where you're going.

with the warbling comment, i thought u meant vocal.

Thinkn with My 3rd Eye!

BGOL Investor
Can we get some best of links.

Sade for me though, more my style, I was never into RnB that much, no exposure growing up in Canada.

Then again African-Americans are impossible to beat vocal/soul wise, there no equivalent elsewhere on the planet.

digidesign said:
Can we get some best of links.
Click to expand...

Registered
Strange....It seems like most of the posters choose Anita and yet Sade is winning. I love Anita Baker but Sade has a sound I would follow anywhere.

Registered
Man, to me these two aren't even comparable.


But SADE?! . . . SADE! She's not a 'voice' she's a SOUND. Her shit is very gestalt. It's that awesome band of her's, the powerful lyrics, and that special voice and tone of hers combined that makes a SADE. It remains to be seen but, put out her band without her, and you get 'Sweetback'. Which is VERY cool, but c'mon, not LEGENDARY. I'm gonna say the same for her.


Now Anita, that voice, she can do vocal gymnastics whenever and wherever she wants. But as a 'sound' almost nobody is fucking with SADE.

BGOL Investor
I thought this was a who would you rather bone thread, which would have made it easy...Most will say Anita, but if I throw on Is It a Crime (recorded or live)...you can only get as good as that..getting better is damn near impossible

digidesign said:
Can we get some best of links.
Click to expand...


a lot of sade success has to do with her looks

H.A.N said:
Anita all day. Anita's voice is so soulful.

You can throw on a "I love you just because" or "Same Old Love" hell even in 2012 Anita has it by a country mile.
Click to expand...

Yes, yes yes.
I swear if I were stranded on an island and I could only listen to one artist, it would be Anita Baker.

BGOL Investor
Not a good comparison.
Sade is a 'song stylist' of her own songs that she and her band compose and perform. It is basically a hermetically sealed unit. We just lost the “reference standard” of female singers in Whitney. Whitney in her prime could of sung any style or genre of music with ease— Gospel, R&B, Rock, Jazz, Blues, whatever. Her producers and she kept her closely confined in Pop-R&B — but if they wanted to they could have had Whitney sing an album full of hit ‘cover songs’ by various artists and it would have worked. Whitney’s famous rendition of the national anthem is emblematic of her ability to make a well-known song her own in an inimitable style. Anita Baker while not the singer Whitney was also is a singer who can sing many different styles and genres. Sade has to stay inside of her beautifully created hermetically sealed ‘Sade & Band’ unit. Sade would not be singing the national anthem. Anita would do a great job singing it. Anita or Whitney could walk onto a show like Letterman and using the house band perform an excellent rendition of Stevie Wonder’s gold standard song “You Are The Sunshine Of My Life” with just one rehearsal. Sade, not so much, she’s knotted to her excellent band and their particular sound.

BGOL Investor
Personally I couldn't choose - but I will say it's a bit of an apples and oranges thing for me - Anita is a "deep-forever-and-a-day-love" singer - Sade is more of a "get-in-the-mood n get it on" singer - their voices and individual singing styles fit and reflect the songs they sing.