Trump team failed to follow NSC’s Pandemic Playbook ((You Already Knew? —> it was made by OBAMA))

The 69-page document, finished in 2016, provided a step by step list of priorities – which were then ignored by the administration. 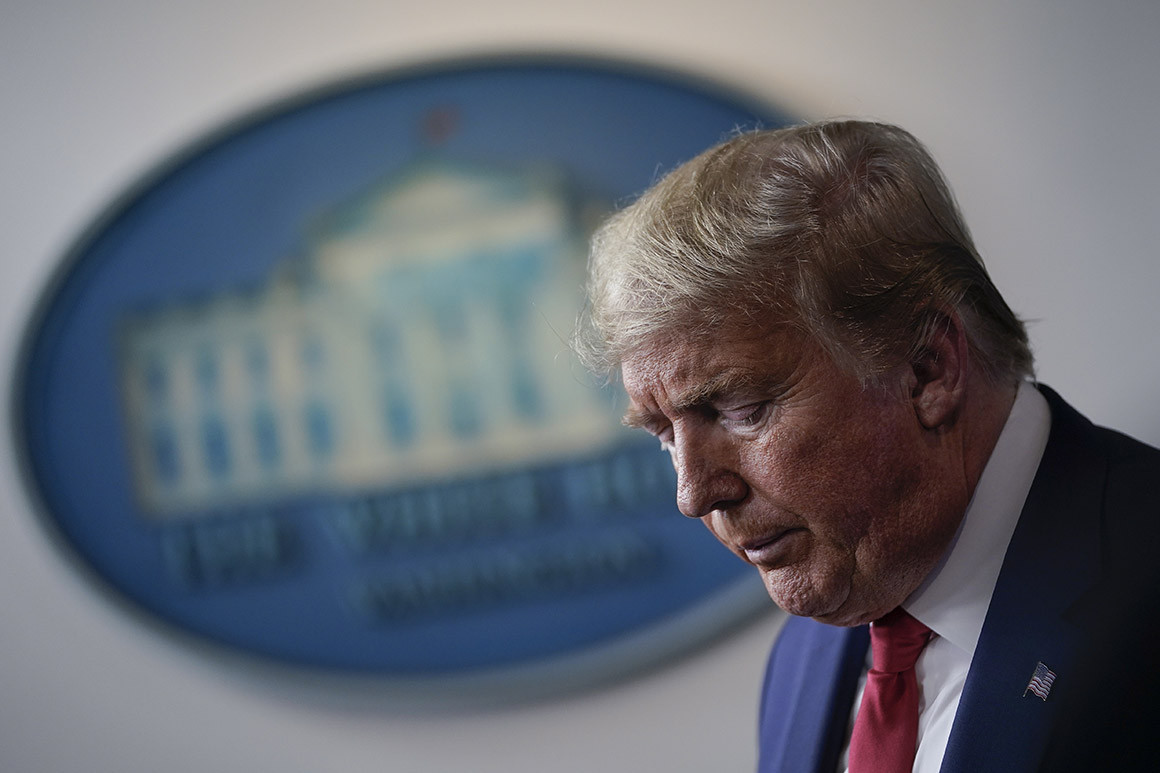 
The Trump administration, state officials and even individual hospital workers are now racing against each other to get the necessary masks, gloves and other safety equipment to fight coronavirus — a scramble that hospitals and doctors say has come too late and left them at risk. But according to a previously unrevealed White House playbook, the government should’ve begun a federal-wide effort to procure that personal protective equipment at least two months ago.

“Is there sufficient personal protective equipment for healthcare workers who are providing medical care?” the playbook instructs its readers, as one early decision that officials should address when facing a potential pandemic. “If YES: What are the triggers to signal exhaustion of supplies? Are additional supplies available? If NO: Should the Strategic National Stockpile release PPE to states?”

The strategies are among hundreds of tactics and key policy decisions laid out in a 69-page National Security Council playbook on fighting pandemics, which POLITICO is detailing for the first time. Other recommendations include that the government move swiftly to fully detect potential outbreaks, secure supplemental funding and consider invoking the Defense Production Act — all steps in which the Trump administration lagged behind the timeline laid out in the playbook.

“Each section of this playbook includes specific questions that should be asked and decisions that should be made at multiple levels” within the national security apparatus, the playbook urges, repeatedly advising officials to question the numbers on viral spread, ensure appropriate diagnostic capacity and check on the U.S. stockpile of emergency resources.

The playbook also stresses the significant responsibility facing the White House to contain risks of potential pandemics, a stark contrast with the Trump administration’s delays in deploying an all-of-government response and President Donald Trump's recent signals that he might roll back public health recommendations.


“The U.S. government will use all powers at its disposal to prevent, slow or mitigate the spread of an emerging infectious disease threat,” according to the playbook’s built-in “assumptions” about fighting future threats. “The American public will look to the U.S. government for action when multi-state or other significant events occur.”

The guide further calls for a “unified message” on the federal response, in order to best manage the American public's questions and concerns. “Early coordination of risk communications through a single federal spokesperson is critical,” the playbook urges. However, the U.S. response to coronavirus has featured a rotating cast of spokespeople and conflicting messages; Trump already is discussing loosening government recommendations on coronavirus in order to “open” the economy by Easter, despite the objections of public health advisers.

The NSC devised the guide — officially called the Playbook for Early Response to High-Consequence Emerging Infectious Disease Threats and Biological Incidents, but known colloquially as “the pandemic playbook” — across 2016. The project was driven by career civil servants as well as political appointees, aware that global leaders had initially fumbled their response to the 2014-2015 spread of Ebola and wanting to be sure that the next response to an epidemic was better handled.

Bossert declined to comment on any particular document, but told POLITICO that “I engaged actively with my outgoing counterpart [in the Obama Administration] and took seriously their transition materials and recommendations on pandemic preparedness.”

The playbook was designed “so there wasn’t piecemeal thinking when trying to fight the next public health battle,” said one former official who contributed to the playbook, warning that “the fog of war” can lead to gaps in strategies.

“These are recommended discussions to be having on all levels, to ensure that there’s a structure to make decisions in real-time,” said a second former official.

An NSC official confirmed the existence of the playbook but dismissed its value. “We are aware of the document, although it’s quite dated and has been superseded by strategic and operational biodefense policies published since,” the official said. “The plan we are executing now is a better fit, more detailed, and applies the relevant lessons learned from the playbook and the most recent Ebola epidemic in the [Democratic Republic of the Congo] to COVID-19.”

A health department spokesperson also said that the NSC playbook was not part of the current coronavirus strategy. “The HHS COVID-19 response was informed by more recent plans such as the foundation of the National Biodefense Strategy (2018), Biological Incident Annex (2017),and panCAP (2018) among other key plans provided by the CDC, White House Task Force, FEMA, and other key federal departments and agencies,” the spokesperson said.


Trump has claimed that his administration could not have foreseen the coronavirus pandemic, which has spread to all 50 states and more than 180 nations, sickening more than 460,000 people around the world. “Nobody ever expected a thing like this,” Trump said in a Fox News interview on Tuesday. ​
​
But Trump’s aides were told to expect a potential pandemic, ranging from a tabletop exercise that the outgoing Obama administration prepared for the president’s incoming aides to a “Crimson Contagion” scenario that health officials undertook just last year and modeled out potential risks of a global infectious disease threat. Trump’s deputies also have said that their coronavirus response relies on a federal playbook, specifically referring to a strategy laid out by the Centers for Disease Control. ​
It is not clear if the administration’s failure to follow the NSC playbook was the result of an oversight or a deliberate decision to follow a different course.

The document rested with NSC officials who dealt with medical preparedness and biodefense in the global health security directorate, which the Trump administration disbanded in 2018, four former officials said. The document was originally overseen by Beth Cameron, a former civil servant who led the directorate before leaving the White House in March 2017. Cameron confirmed to POLITICO that the directorate created a playbook for NSC staff intended to help officials confront a range of potential biological threats.

But under the Trump administration, “it just sat as a document that people worked on that was thrown onto a shelf,” said one former U.S. official, who served in both the Obama and Trump administrations. “It’s hard to tell how much senior leaders at agencies were even aware that this existed” or thought it was just another layer of unnecessary bureaucracy.

The NSC playbook would have been especially useful in helping to drive the administration’s response to coronavirus, given that it was intended to guide urgent decisions and coordinate the all-of-government approach that Trump so far has struggled to muster, said people familiar with the document.

The color-coded playbook contains different sections based on the relative risk — green for normal operations, yellow for elevated threat, orange for credible threat and red once a public health emergency is declared — and details the potential roles of dozens of departments and agencies, from key players like the Health and Human Services department to the Department of Transportation and the FBI. It also includes sample documents intended to be used at coordinating meetings.

“While each emerging infectious disease threat will present itself in a unique way, a consistent, capabilities-based approach to addressing these threats will allow for faster decisions with more targeted expert subject matter input from federal departments and agencies,” the playbook reads.


The playbook lays out different strategies for policymakers based on the severity of the crisis and shares lessons gleaned from past outbreaks. For instance, one section is devoted to addressing 34 “key questions” and 21 “key decisions” as soon as there is a “credible threat” — which in the case of coronavirus would have been early-to-mid January, as it raged in China and as the first U.S. case was detected on Jan. 20 — and calls on officials to move quickly.

“We recommend early budget and financial analysis of various response scenarios and an early decision to request supplemental funding from Congress, if needed,” the guide urges. But the Trump administration waited more than a month to ask for emergency funding after the timeline laid out in the playbook.

The playbook also repeatedly urges officials to question official numbers about the viral spread. “What is our level of confidence on the case detection rate?” reads one question. “Is diagnostic capacity keeping up?” But across January and much of February, Trump administration officials publicly insisted that their diagnostic efforts were sufficient to detect coronavirus. Officials now privately concede that the administration’s well-documented testing problems have contributed to the outbreak’s silent spread across the United States, and health experts say that diagnostic capacity is only now in late March catching up to the need.

In a subsequent section, the playbook details steps to take if there’s evidence that the virus is spreading among humans, which the World Health Organization concluded by Jan. 22, or the U.S. government declared a public health emergency, which HHS Secretary Alex Azar did on Jan. 31.

Under that timeline, the federal government by late January should have been taking a lead role in “coordination of workforce protection activities including… [personal protective equipment] determination, procurement and deployment.” Those efforts are only now getting underway, health workers and doctors say. 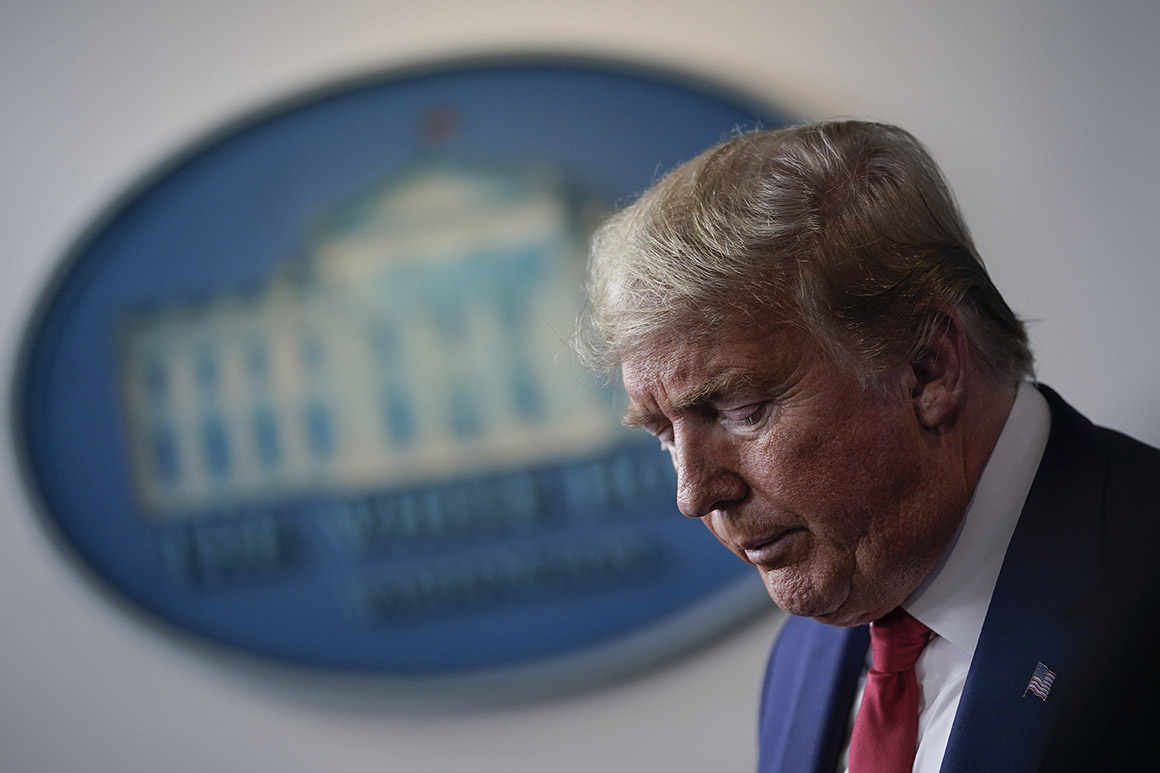 The 69-page document, finished in 2016, provided a step by step list of priorities – which were then ignored by the administration.

Super Moderator
With all the things the new administration had to do, maybe it just didn’t have time get to this . . .

BGOL Investor
Many of these doctors are evil neo nazis in a lab coat. I wrote about how they use HIPAA to kill or harm people Don't feel bad about them not having masks. I have a bunch of mask stockpiled to prevent them from having one. Many of them practice medical malpractice with African Americans due to their racial hatred. As you can see from the crisis, they are incompetent and should let other people review their processes. I would not follow any playbook they present.
You must log in or register to reply here.
Share:
Facebook Twitter Reddit Pinterest Tumblr WhatsApp Email Link
Top