The Story Of Kwanzaa: From Civil Rights To Corporate America

BGOL Investor
The Story Of Kwanzaa: From Civil Rights To Corporate America


The seven-day holiday is meant to instill pride in African culture and heritage
In the 60s, after the Watts riots decimated the Black community in Los Angeles, Ron Karenga, a leader in the Black Power movement and the founder of the Black nationalist US Organization, decided there had to be something that would allow African Americans to feel pride in themselves and their culture.
His solution was to create a holiday based on the harvest festival tradition in communities across the African continent.
According to National Geographic, Karenga, an author and scholar now known as Dr. Maulana Karenga, 79, created the seven-day holiday in 1966.
“Since Christmas dominated the calendar at year’s end, engulfing black America in its crass consumerism and its images of a white Christ, Karenga believed Christmas stood in the way of black cultural advancement,” Keith Mayes, the author of the book “Kwanzaa: Black Power and the Making of the African-American Holiday Tradition” explains, per Nat Geo.
Kwanzaa celebrations include drumming, dance, music, storytelling, and more. It also includes the lighting of a kinara on each day that corresponds with the seven principles, or Nguzo Saba, in Swahili.
Those principles from the first day to the last are Umoja – unity; Kujichagulia – self-determination; Ujima – collective work and responsibility; Ujamaa – cooperative economics; Nia – purpose; Kuumba – creativity; and Imani – faith.
The idea is to incorporate these principles into your life throughout the year.
The celebration goes from Dec. 26 to Jan. 1. On the first day, the black candle in the middle of the kinara is lit to represent Black people across the African diaspora. The red candles to the left and the green candles to the right are lit on alternating days, the red representing the blood of the ancestors and the green representing earth, life, and the promise of the future, according to Nat Geo.
The ritual includes the pouring and sharing of libations to honor ancestors that have passed on. In some families, gifts are given each day, or on the final day, which corresponds with a feast, or karumu, which is held on New Year’s Eve.
In his annual founder’s message from 2019, Karenga wrote:
“Kwanzaa was conceived and developed in the Black Freedom Movement and was understood as part and parcel of that two-fold struggle to be ourselves and free ourselves. It was a struggle to be Black, to be African and to be free from domination, deprivation, and degradation and to be free to live good, meaningful lives, bring good in the world, and come into the fullness of ourselves. Kwanzaa, then, is a time of serious and sustained remembrance, reflection and recommitment.”
This year, Karenga will host the 54th annual Kwanzaa celebration virtually via pay per view on Sunday, Dec. 27 from 2 – 4 p.m. ET, in conjunction with the International Arts Festival. This year, the theme will be “Kwanzaa and the Well-Being of the World: Lifting and Upholding the Seven Principles.”
You can find more about Kwanzaa below and at the celebration’s official website. You can see how several African Americans celebrate Kwanzaa here. 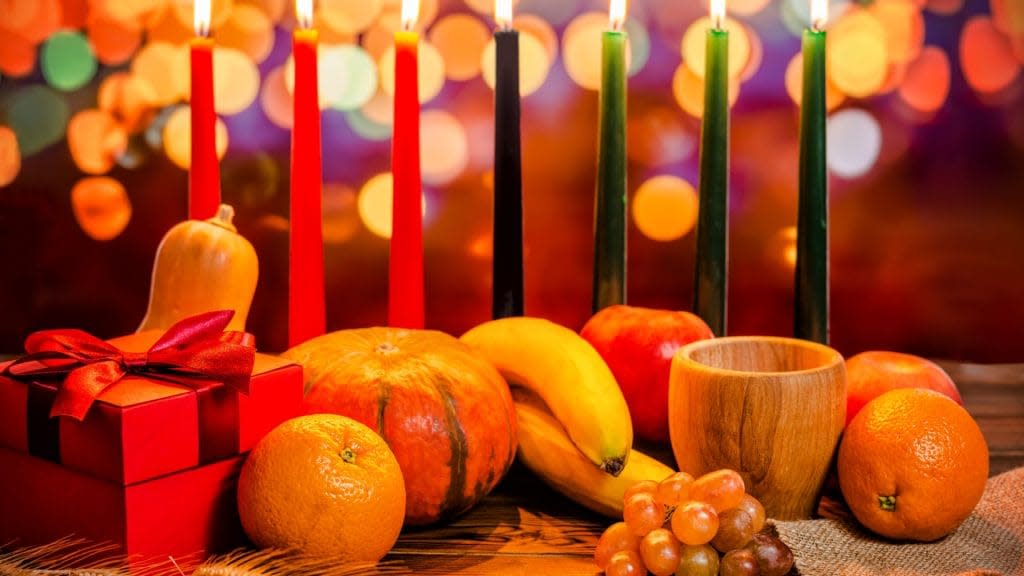 In the 60s, after the Watts riots decimated the Black community in Los Angeles, Ron Karenga, a leader in the Black Power movement and the founder of the Black nationalist US Organization, decided there had to be something that would allow African Americans to feel pride in themselves and their...