The Best Second Tier Heavyweight Boxer Of The 90's?

BGOL Investor
Tyson, Holyfield, Bowe and Foreman were the big dogs of the heavyweight division in the 90's, who was the second best? 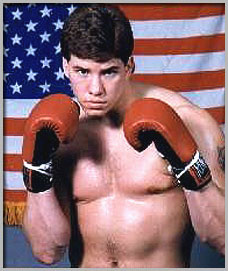 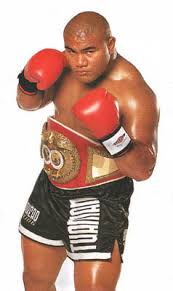 IT IS WHAT IT IS

Registered
'The President' easy. He would have been the best of the era if he wasn't bi-polar

I agree with this...

I was prepared to by the poorly made video game they always made when I heavyweight claimed the (recognized) belt during the 90's too.

BGOL Investor
all those cats made boxing fun and entertaining to watch..

dude was in beast mode before there was a beast mode!!

The date was June 7th 1997, at the Arco arena in Sacramento California, United States. Two undefeated prospects faced each other. On one corner stood a Samoan born fighter David Tua who was the betting favorite, Short, stout and undefeated he was being hyped as the next Mike Tyson.

On the other corner stood Ike Ibeabuchi a Nigerian born fighter nicknamed the “President”, until this point previously unknown, weighing about 240 pounds and standing at 6ft2 he was indeed a heavyweight specimen.

Ike Ibeabuchi won that fight by unanimous decision; the world had been introduced to a man deemed as the definition of a Zulu warrior. He had it all – Speed, Endurance, Power, Physique and a great chin. After beating other notable fighters such as future world champion Chris Byrd, Ibeabuchi was well on his way to super stardom and becoming one of the greatest athletes ever to come out of Nigeria and Africa. Boxing pundits and analysts got excited and began comparing him to boxing greats such as Tyson and Foreman. Holyfield and Lennox Lewis who were champions at the time were already being pressured to face Ibeabuchi.

But all that was about to change, Ibeabuchi began to complain of serious headaches after his fight with Tua, he was taken to the hospital where he underwent an MRI scan but nothing was identified as a problem. Soon after, Ike began to hear voices and started acting irrational.

Displaying signs of schizophrenia the once promising fighter began to have numerous run ins with the law. Disturbingly enough, he attributed his irrational behavior to evil demons and spirits. In a meeting with HBO officials on a financial deal for his next fight, Ike wielded a knife in front of the officials ranting senseless sentences which contained a combination of paranoia and delusion.

Fast-forward to 2013, Ike Ibeabuchi currently sits in a prison cell at the Lovelock correctional center in Lovelock,Nevada. He has been incarcerated since 2001 stemming from an attempted sexual assault on a Las Vegas call girl in 1999. According to the call girl, she was contracted only to strip for Ibeabuchi and he “attacked” by trying to initiate sexual intercourse with her when she asked to be paid upfront.

Ike is serving a 2-10 year sentence and a consecutive 3-20 year sentence and he has been denied parole more than 3 times. He was eligible for parole last month (May 2013) details on the results of that parole hearing are yet to be released to the public. In his time in prison he has earned two college degrees and a considerable amount of facial hair and body fat. Ibeabuchi was 26years old at the time of his conviction if he is released this year he will be 40years old and facing likely deportation to Nigeria.

Some people hope that he gets released this year so that he can continue to compete as a boxer. The question on the lips of most boxing fans are ” if he can be able to become world champion at 40 with up to 14 years of ring rust? “.

However the more important question should be why Ike Ibeabuchi has been locked up for so long? 14years for attempted sexual assault whilst Mike Tyson (my favorite boxer) who was convicted of rape only served 3 and a half years?

I love Mike Tyson and i personally believe that he was innocent. But the fact still stands that he was convicted for rape and he only served 3.5years.

Ibeabuchi’s offence is wrong and that behavior is not accepted anywhere in the world, But hasn’t he paid his dues? 14years is a lot of time. Why punish one of Africa’s greatest prospects? He has already been robbed of his youth and prime. Give this Nigerian hero a break. Iam sure he regrets the actions he took in the hotel room in Las Vegas.

So the question remains, How long will he be locked up for? And can he (if released anytime between now and 2014) become world champion at his age?

There is a lesson to be learnt here, whatever you do, do not put yourself in a position where you stand a chance of being mistreated.

Mrfreddygoodbud said:
all those cats made boxing fun and entertaining to watch..

was some of the best boxing moments ever....

Registered
I go with Ray Mercer. Ray tells very cool stories all the way through as he relates each technique to his many personal experiences. Plus, he was literally the most successful figure during his time. Best of all, he is also professional in kickboxing and mixed martial arts — definitely the overall athlete for me.
Make Contribution to Remove NSFW Ads for Year
You must log in or register to reply here.
Share:
Facebook Twitter Reddit Pinterest Tumblr WhatsApp Email Link
Top