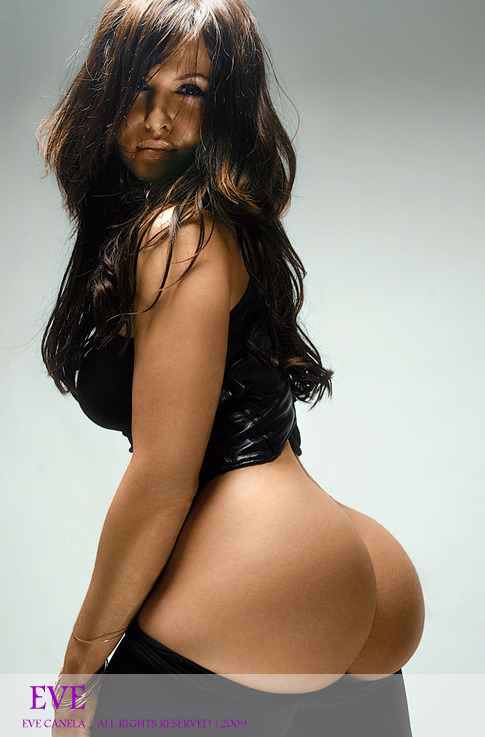 BigDaddyBuk said:
in my experience women want it raw just as much OR MORE than I DO.
Click to expand... 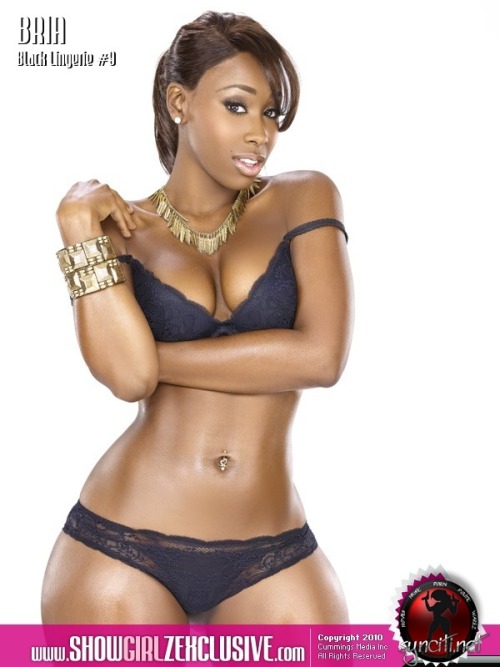 "OK, i understand. Can you just lick it then?" 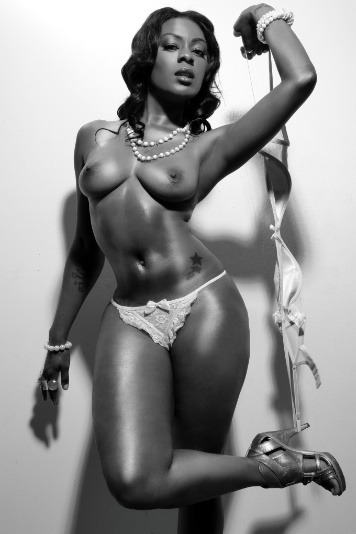 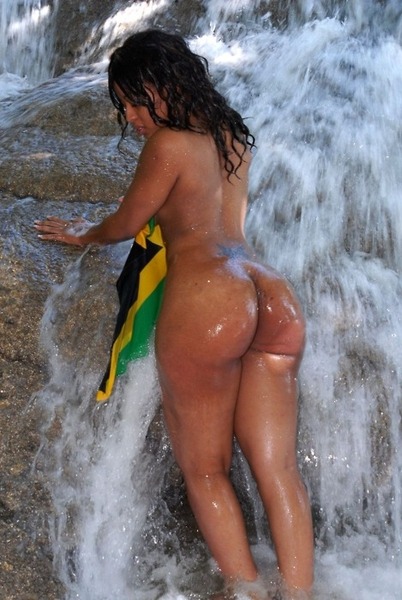 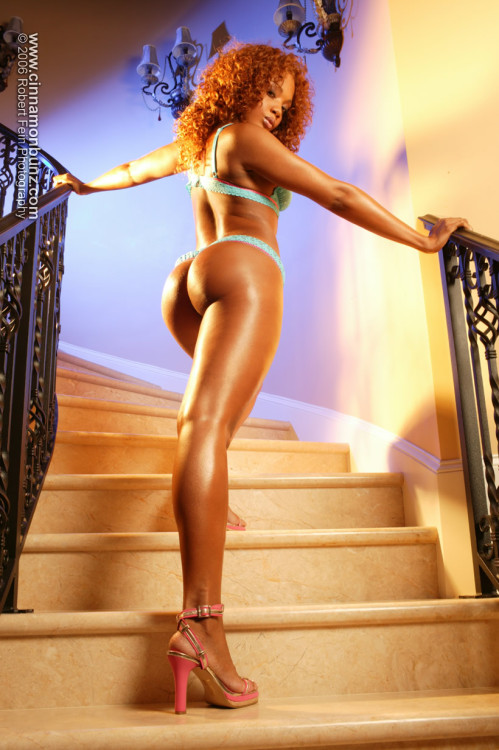 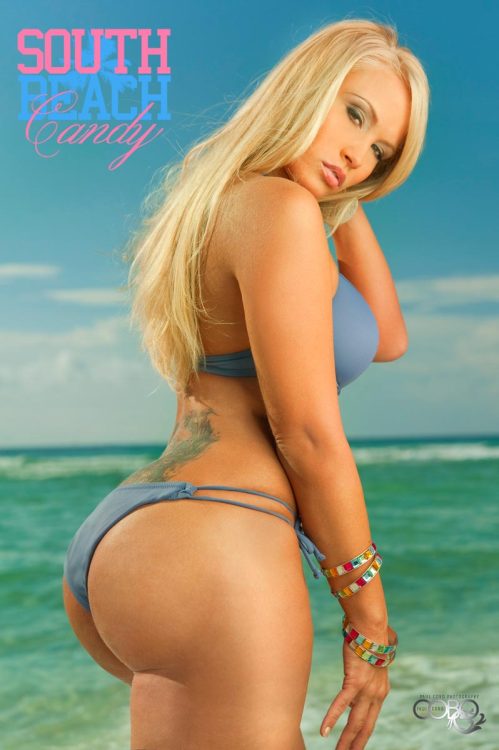 "i want to REALLY feel that big black..." 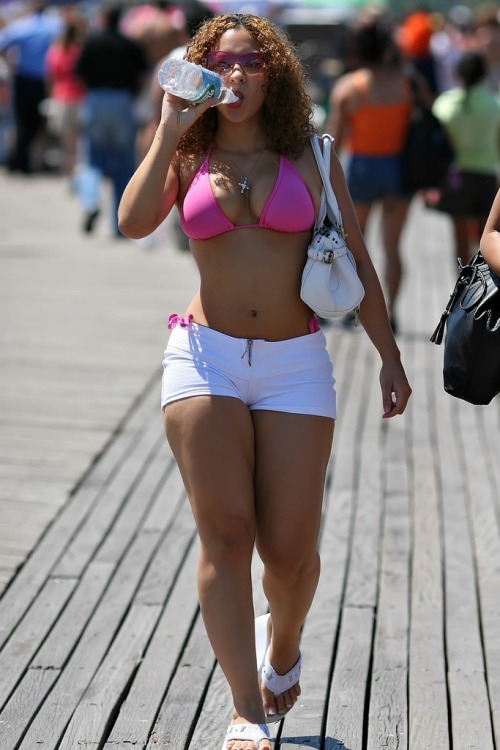 "its WAY to hot for your bullshit." 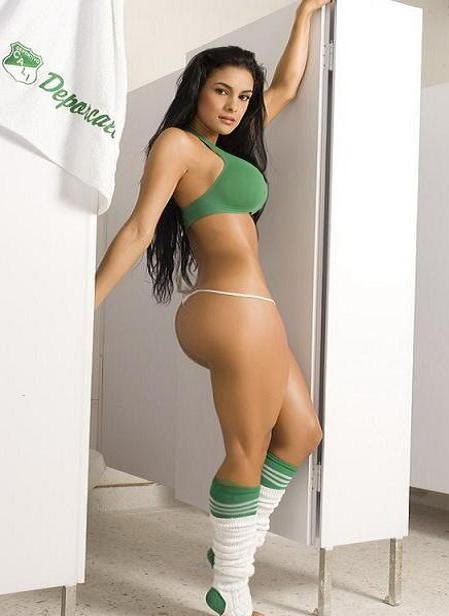 BGOL Investor
the idea of rawdog is sooooooooooo appealing but until they make pussy litmus dip strips, the practice is just not a good idea. 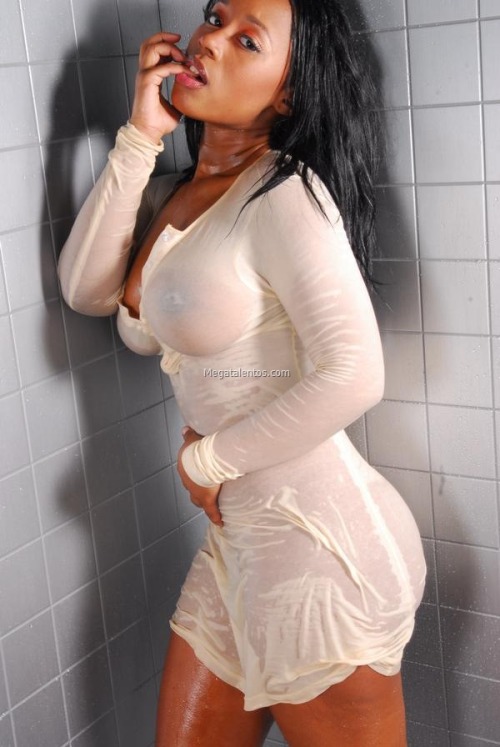 Certified Pussy Poster
My Unsafe Sex Life
Are young Americans becoming too complacent about HIV/AIDS? On World AIDS Day, one young, Ivy League-educated man on how risky sex went from taboo to normal.

For all intents and purposes, I came of age in Portland, Oregon, after transferring from a college out east. If you don’t become a man until you lose your virginity, that’s where I became a man, at the age of 21, with my then-girlfriend.

It was 2000, and we’d been dating for two or three weeks before we started sleeping together. She was an 18-year-old freshman at my new college, and she had had other partners before me—but only in committed relationships.

It was a total Mrs. Robinson moment. She was in control, and her mere suggestion that we forget about the condom is all it took to win me over.

We started out using condoms every time. And we waited until we had the talk about STDs—and until she had told me she'd been tested and was clean, and until she had assured me she was on the pill—before we decided to have unprotected sex. I think physically she enjoyed it better without, and I definitely did, and we came to an agreement that unprotected sex was one of the privileges of a committed relationship. It’s you showing that you trust your partner’s commitment to your sexual health. Our decision to forgo condoms was made responsibly.

Still, that first time without a condom was like a revelation. In sex ed, they had always taught us that condoms will keep you sexually healthy and childless. When my girlfriend and I broke up, it was the tail-end of my generation’s first wave of AIDS panic, when you couldn’t watch MTV for two minutes without seeing a frightening AIDS-awareness ad. I worried, because I had gone against what had been pounded into my head over and over for years: “Wear condoms, or you’re in deep shit.” My sense was that I could get HIV from everyone, from every girl—I didn't know if one in 1,000 people had it, or one in three.

So when I found myself single again, I went right back to condoms, for fear of pregnancy and infection. And, to be honest, because going out and buying condoms makes you feel all grown up. You buy condoms, you put them on, you have sex—that’s just what you do.

Until you don’t. Before my first unsafe-sex experience, I had never even considered having unprotected sex with someone I wasn’t in a monogamous relationship with. For most of my generation, raised with a near-fanatical fear of AIDS, unsafe sex just wasn’t an option. We’d been taught not to even consider it. So maybe it shouldn’t be any surprise that the first time I had what you could call reckless unprotected sex was during a one-night thing with a married woman 10 years my senior.

This was a few years after I became sexually active, still in Portland. We met at a friend’s party, exchanged numbers, and met for drinks a couple times. We eventually met one night, totally sober, and just started going at it. When it became obvious that we were going to have sex, I remember saying something about a condom—and her directing me to just go ahead without one.

It was a total Mrs. Robinson moment. She was in control, and her mere suggestion is all it took to win me over. It was the self-assuredness in the way she talked to me—her confidence with us not using protection. In some way, I think her assurance that night gave me the confidence to forget about the condom on the next occasion. Like, it’s not some horrible thing to have unprotected sex; people do this, I realized. I remember after it was over her saying something like, "Well, you're clean, right?" She was so nonchalant.

Nevertheless, the moment I climaxed I was overcome with regret—like, the exact moment. All common sense returned to me, and I was terrified. I immediately questioned her about STDs, and she said she was fine. But then she told me she wasn’t on birth control, so I asked if she’d be willing to take the morning-after pill. She was, though she later told me it made her feel horrible. I felt so bad about the whole thing.

After that, she and I stopped seeing each other, and I went to get my first STD exam. Every test came back negative and I was ecstatic, but then the doctor told me the HIV results take a little longer. That wait was nerve-wracking. I was in crisis mode for a while, but eventually that test came back negative as well. It was a huge relief, but the good news was a double-edged sword. For a few weeks afterward, I thought, "I’m not doing that again, that was stupid.” But eventually that changed to, “Huh, that wasn't such a big deal.” That’s when the floodgates opened.

It’s certainly not anything I’m proud of, but today, be it a one-night stand or a long-term relationship, I always try to figure out if my partner would be interested in unprotected sex. Some of them haven’t been into it, but others have. I’d estimate that, in total, I’ve had unprotected sex with five women who I wasn’t serious with. I’ve even had one woman who I’d been flirting with say explicitly that when we sleep together “there’s no way we’re using condoms.” At one point this would have been unthinkable, but my generation’s attitude has changed.

I always consider putting on a condom before having sex, but there's also always the temptation to test the waters. And, if I find out she's into it too, then the condom is out the window. Most recently was a few months ago with a girl I met at a bar in the East Village. She was in a relationship, but we were both drunk out of our minds and ended up back at my apartment, no condom. The next morning, she didn’t seem concerned whatsoever. But for me, once again, the panic set in, and I went to the free clinic to get tested. (I do always get tested if I have sex with a girl whose sexual history I don’t know.) Luckily, once again, everything was fine.

It sounds crazy, because it is. I’ve told a couple of my male friends about this, and they thought I was nuts. And I don’t live in Oregon anymore—I live in New York City, home to every disease known to man. But the simple fact is that nothing bad has happened to me. Aside from a few pregnancy scares, everything’s been fine. Despite all I learned in the ‘90s, when the hip-hop trio TLC walked around with condoms taped to their hats and everyone was dedicated to never again experiencing the hellishness of the ‘80s AIDS crisis, I’ve yet to have any real-life experience—that I know of—with someone who’s HIV-positive. I’ve seen people with AIDS on TV, but that’s the closest I’ve knowingly come to the disease.

To me, the draw is that unprotected sex feels really good, though it’s not just the physical sensation I enjoy. I’d be lying if I said the taboo didn’t also excite me. When you have sex without a condom, you feel like you and your partner are getting away with something—like you’re doing something devious—and it feels nice to be trusted by someone like that.

I don't know what it's going to take to convince me to use a condom every time. Is it getting an STD? That's a really troubling thought. Maybe more troubling is that every time I’ve had unprotected sex and worried about it, I’m always quick to think, “Oh no, what if I have herpes?” But these days I rarely think, “What if I have HIV?”

As told to Cord Jefferson

The author is a 31-year-old straight man living in Manhattan. David Weiss is a pseudonym. 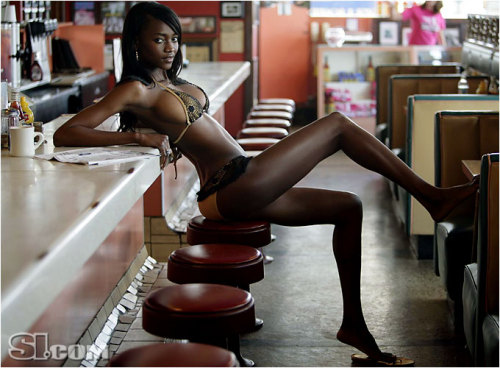 "you answered the ad" 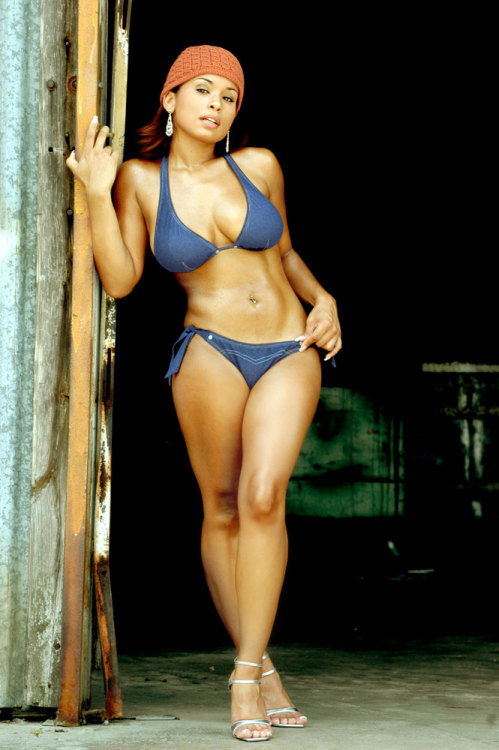 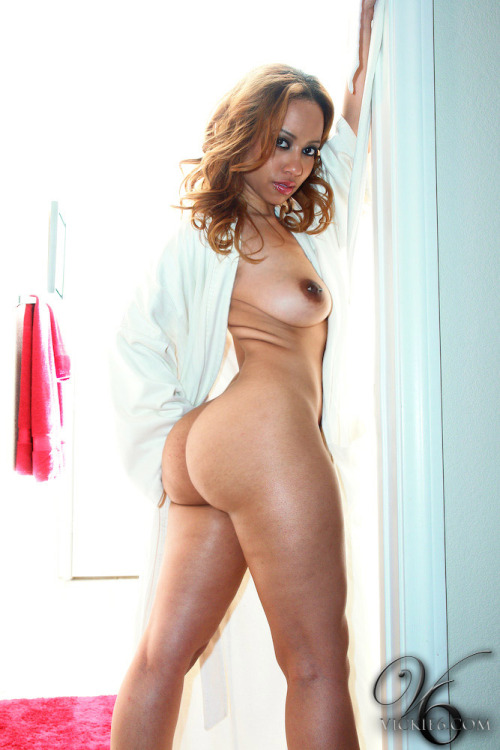 "you KNOW i aint asking you again, right?" 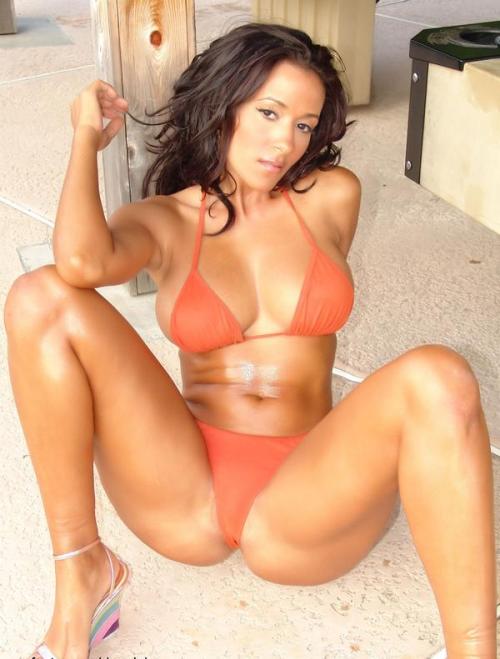 "you dont ride a Gallardo with the car cover on papi." 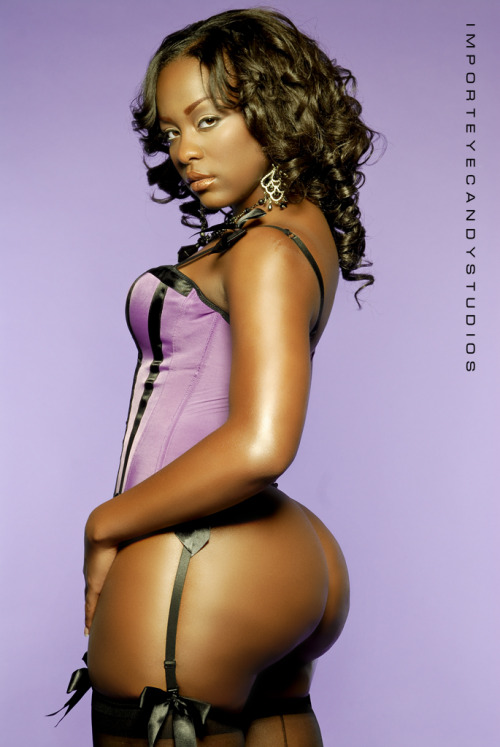 "mi corazon, we got 10 mins before he comes back!"

"its WAY to early for that bullshit."

and this one too 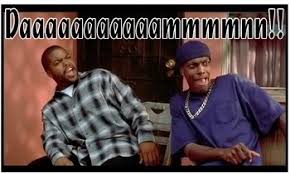 Abstract
This study explored reasons women engaged in unprotected sex with male partners they distrusted and perceived to engage in HIV risk behaviors. Seven focus groups were held in public housing and neighborhood centers in the urban Northeast with 43 African American and Latina women. Content analysis was conducted by open and axial coding. Barrett’s theory of power as knowing participation in change and sex script theory guided interpretation. Results indicated that Patterns of Unprotected Sex is a usual practice to maintain hope, sensuality, intimacy, strategic gain, and stability with a male partner. In low power sex scripts the salient risks of HIV were buried under an awareness of oneself as having to satisfy a man and accept cheating. High power sex scripts involved women’s awareness of themselves as worthy of self care with diverse choices. High power scripts can be integrated into normative sex scripts as exemplars of more powerful ways of being and acting to reduce HIV risk.

"oops sorry boo I forgot. You want me to leave?" 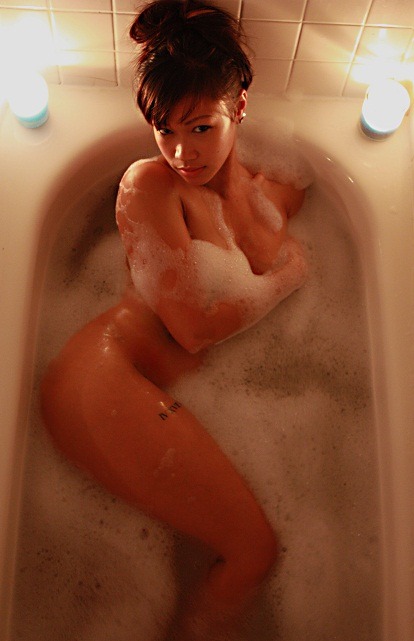