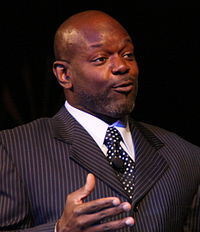 Emmitt James Smith III (born May 15, 1969) is a former college and professional American footballrunning back who became the National Football League's (NFL) all-time leading rusher during his fifteen seasons in the league during the 1990s and 2000s.
Career highlights and awards 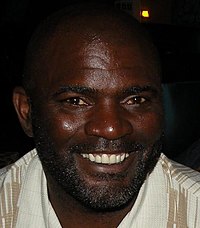 Lawrence Julius Taylor (born February 4, 1959), nicknamed "L.T.", is a former American football player. Taylor played his entire professional career as a linebacker for the New York Giants (1981–1993) in the National Football League (NFL). He is considered one of the greatest players in the history of American football, and has been ranked as the greatest defensive player in league history by former players, coaches, media members, and news outlets such as the NFL Networkand Sporting News.
Career highlights and awards 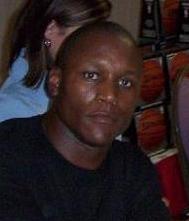 Barry Sanders[1] (born July 16, 1968) is a former American footballrunning back. He played professionally for the Detroit Lions of the National Football League (NFL). A Pro Bowl invitee in each of his ten NFL seasons and two-time NFL Offensive Player of the Year, Sanders led the league in rushing yards four times and established himself as one of the most elusive runners in pro football with his quickness and agility. In 2007, he was ranked by NFL Network's NFL Top 10 series as the most elusive runner in NFL history,[2] and also topped its list of greatest players never to play in a Super Bowl.[3] He is often regarded as one of the greatest running backs in NFL history.
Career highlights and awards 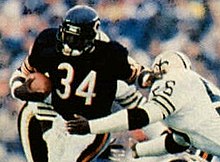 Walter Jerry Payton (July 25, 1954[1] – November 1, 1999) was an American footballrunning back who played for the Chicago Bears of the National Football League (NFL) for thirteen seasons. Payton was known around the NFL as "Sweetness". A nine-time Pro Bowl selectee, Payton is remembered as a prolific rusher, once holding records for career rushing yards, touchdowns, carries, yards from scrimmage, all-purpose yards, and many other categories. He was also versatile, and retired with the most receptions by a non-receiver, and had eight career touchdown passes. He was elected into the Pro Football Hall of Fame in 1993 and the College Football Hall of Fame in 1996. Hall of Fame NFL player and coach Mike Ditka described Payton as the greatest football player he had ever seen—but even greater as a human being.
Career highlights and awards 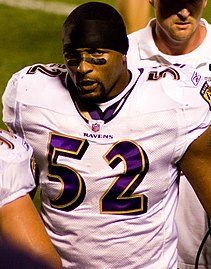 Raymond Anthony Lewis Jr. (born May 15, 1975) is an American former professional football player who was a linebacker with the Baltimore Ravens for his entire 17-year career in the National Football League (NFL). He played college football for the Miami Hurricanes, and earned All-America honors. Lewis was drafted by the Ravens in the first round of the 1996 NFL Draft, and upon his retirement following the 2012 season, was the last remaining active player from the team's inaugural season. 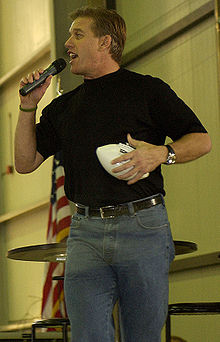 John Albert Elway Jr. (born June 28, 1960) is a former American football quarterback who is currently the general manager and president of football operations for the Denver Broncos of the National Football League (NFL).