zod16 said:
nigga looks happy as fuck with her ugly ass too. Almost like he doesn't know how beat she is

He’s sees that milky white flesh as a trophy. Just like how Asian bitches be walking around with them balding dyke shaped white men like they just hit lotto.

zod16 said:
nigga looks happy as fuck with her ugly ass too. Almost like he doesn't know how beat she is

and that's her WITH make up
B

BGOL Investor
Is that his wife or his mom. He has always been a coon, he sounded coonish as an analyst.
E

Not Your Average Joe

God Dammit said:
I don’t wanna see any of you upset over his statement.
This is all coons without Black wives.
I’ve been saying this from day one.
“But his kids are Black though”. I bet he’ll beg to differ.
Coon + nonBlack wife = mixed, confused kids​
Click to expand...

What does his wife not being black have to do with him as a man?
T

lazarus said:
a decade plus in the league and that's the best...nevermind.
Click to expand...

He was on the Knicks do you think he deserves better? Losers don’t deserve top of the line.. he’s a Knick his wife is what we thought she was

tallblacknyc said:
He was on the Knicks do you think he deserves better? Losers don’t deserve top of the line.. he’s a Knick his wife is what we thought she was
Click to expand...

Certified Pussy Poster
did Hubert come out and clean this sh*t up yet? 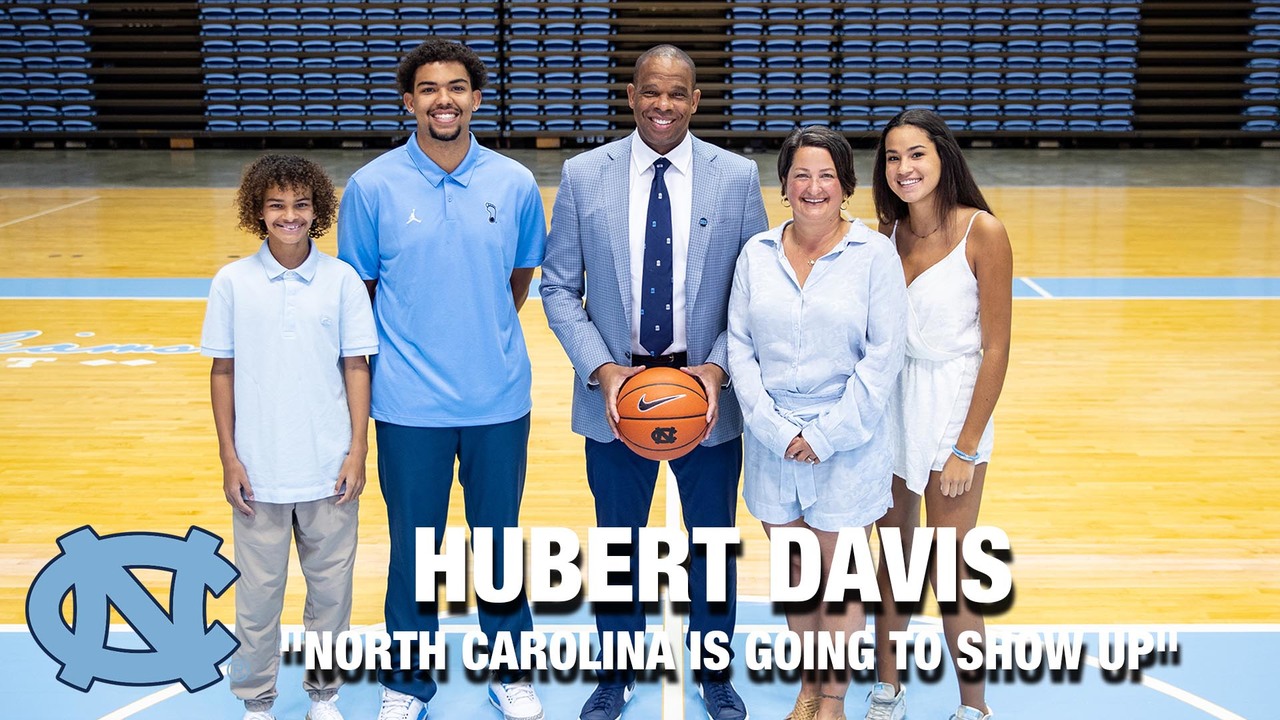 Holy shit that’s his wife? Hubert in his 50s; that woman looks 20 years his senior?

Rice, who played three seasons with Davis at UNC from 1988-91, has spent the past 10 seasons as the head coach at Monmouth, directing the Hawks to a 161-154 record with three first place finishes in the Metro Atlantic Athletic Conference. His two best seasons came in 2015-16 and 2016-17, leading Monmouth to back-to-back NIT appearances to cap 28-8 and 27-7 seasons.

After Roy Williams retired last Thursday, Rice was among those interviewed by UNC athletic director Bubba Cunningham for the head coach position, according to sources close to the situation.

Davis is also expected to add former Auburn and East Carolina head coach Jeff Lebo, who also played alongside the new Tar Heel head coach under Dean Smith, as well as Sean May, who spent six years on Roy Williams’s coaching staff, including the past four as UNC’s director of basketball operations.

At his introductory press conference on Tuesday, Davis detailed why his coaching staff would have to be entirely made up of members of the Carolina family.


"In terms of the staff, you can't do this job unless you're a Carolina guy. It's impossible," the 50-year-old said. "You can't coach here, you can't recruit here, you can't work here unless you have been here, you've experienced it, you have lived it. And so in terms of the staff, it's all guys that have experienced this place and believe it and have the passion and the desire that all of us have for this university and this program and these kids in this community.

After his Monmouth team played UNC at the Smith Center in 2016, Rice fought back tears in his postgame press conference, explaining how much the Carolina program means to him.

"The relationships I have, I had Jimmy Black sitting with me. J.R. Reid and Coach Ford and many, many more that came today because I as here with my team. And I am thankful to all the coaches --- Coach Ford, Coach Wiel, Coach Harp, Coach Gut (Guthridge). All of them helped me. They took a hard-headed kid and turned him into a man.


232COMMENTS
Lebo coached his past season at West Carteret High School in Morehead City, N.C. after spending the 2019-20 season as an assistant coach under former Tar Heel teammate Joe Wolf with the Greensboro Swarm of the NBA’s Developmental G League. Lebo's son, Creighton, was a freshman walk-on on the UNC team last season.

May’s duties as UNC’s director of basketball operations the past four seasons included scouting, on-campus recruiting, video services and team logistics, among others. A first round draft pick in the 2005 NBA Draft, May is one of seven Tar Heels to average a double-double for his career (15.8 ppg, 10.0 rpg). He won the Final Four Most Outstanding Player award after leading the Tar Heels to the 2005 national championship.

Certified Pussy Poster
The comments, shared in a 50-second clip, quickly made the rounds on social media and promptly garnered confused responses.


“Yeah. That last part was so unnecessary and I hope he sees it and recognizes,” one fan wrote.

“Hubert Davis was going IN until the end,” lawyer and sports contributor Exavier Pope wrote. “Why did he feel the need to say the last part of about being proud to have a White wife? It’s perfectly fine he does, God bless their family, but why did he feel the need say it in the context of the history he was making? Odd.”


Professionally, Davis is highly qualified to lead the Tar Heels. He played at UNC under Coach Dean Smith, where he won three NCAA championships, and also had a career playing in the NBA.

In a statement upon his new job’s announcement, Davis referenced his wife. “I love this university. I played here, I earned my degree here, I fell in love with my wife here, I got married here, I moved here after I retired from the NBA and I have raised my family here. I am proud to lead this team, and I can’t wait for all that comes next.” 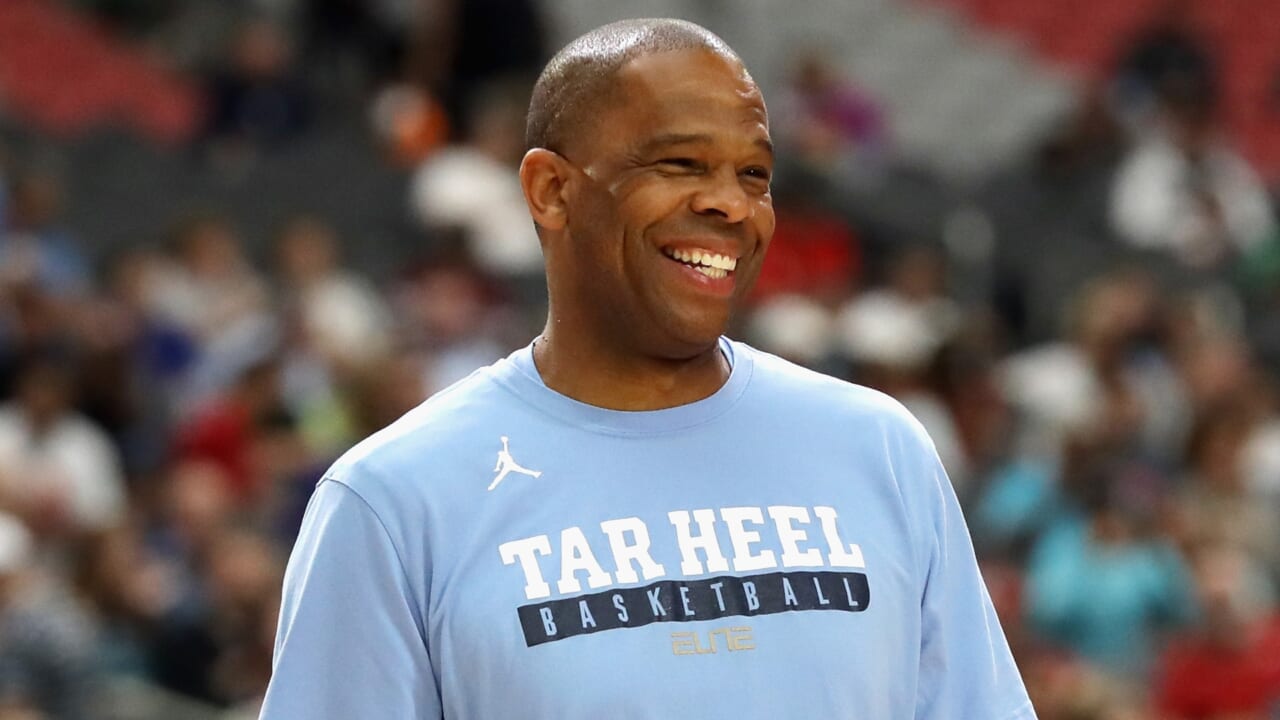 The historic coach's comments, shared in a 50-second clip, quickly made the rounds on social media and promptly garnered confused responses.
thegrio.com

See that symbol in the seat behind spike lee is right? Hail hydra

tallblacknyc said:
See that symbol in the seat behind spike lee is right? Hail hydra
Click to expand...

BGOL Investor
Snowroaches age like bread....even a cute 20 something CAC Bytch will look decrepit by 32....