Good For You!! Thank You for doing Your part in Our community in raising awareness!

Super Moderator
The doll have supposedly been pulled by the distributor.

MORE ON:
TOYS
‘Toy Story’ director spoils debate over whether toys can die

Hasbro expects its TV and movie production back by September

This 4-year-old is a better driver than you

Toddler does a spinning wheelie in this souped-up Power Wheels
These petitioners aren’t playing around.
A doll based on the movie “Trolls” is being pulled from shelves after online watchdogs slammed the toy for allegedly promoting pedophilia.
Hasbro, the company behind the controversial doll, announced Wednesday it has begun removing the “Trolls World Tour Giggle and Sing Poppy” from shelves and will be producing a replacement doll.
The toy giggles and laughs at the press of a button, which is located between the doll’s legs, where genitalia would be on a person.
The Dreamworks film came out in 2016. A sequel, “Trolls World Tour,” was released in March of this year. Anna Kendrick voices Poppy, the character the doll is modeled after.
Enlarge Image 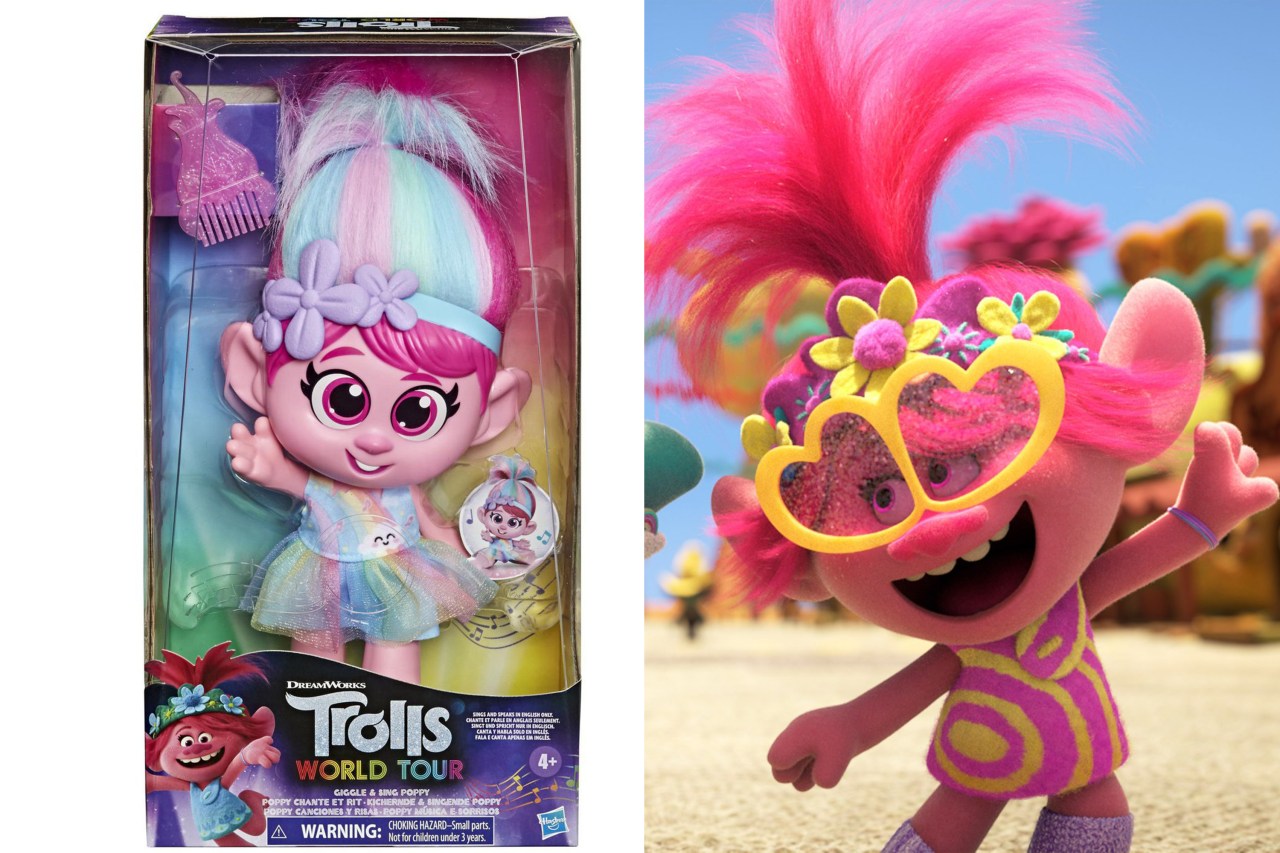 Walmart/Everett Collection
“Our society is conditioning our children to think pedophilia is ok. This Trolls World Tour doll named Poppy has a button on her private area under her skirt. When you push this button on the doll’s private she gasps and giggles. This is not okay for a child’s toy!,” reads a Change.org petition started one day ago by user Jessica McManis that has already garnered over 87,000 signatures. “What will this toy make our innocent, impressionable children think? That it’s fun when someone touches your private area? That pedophilia and child molestation are ok?”
“It’s sending the wrong message. Whoever produced this doll has serious problems,” agreed one petition signer.

“Grooming our children to think that pedophilia is fun or funny not ok!!! This is sick,” wrote another.
SEE ALSO

Parents don't find LOL Surprise doll's genitals very funny
The petition is addressed to Target, Walmart, Amazon and other sellers of the toy.
“This feature was designed to react when the doll was seated, but we recognize the placement of the sensor may be perceived as inappropriate,” Hasbro spokeswoman Julie Duffy told the Providence Journal. “This was not intentional and we are happy to provide consumers with a replacement Poppy doll of similar value through our consumer care team. We are in the process of removing the item for purchase.”
After Hasbro announced it would replace the toy, McManis thanked petition signers for their support. “I didn’t expect my petition to blow up like this! I’m so happy it did! They recalled the doll today,” she wrote in a tweet. “There’s no way someone at Hasbro didn’t think that it was weird when deciding to create this doll like that.”
With Post wires
You must log in or register to reply here.
Share:
Facebook Twitter Reddit Pinterest Tumblr WhatsApp Email Link
Top