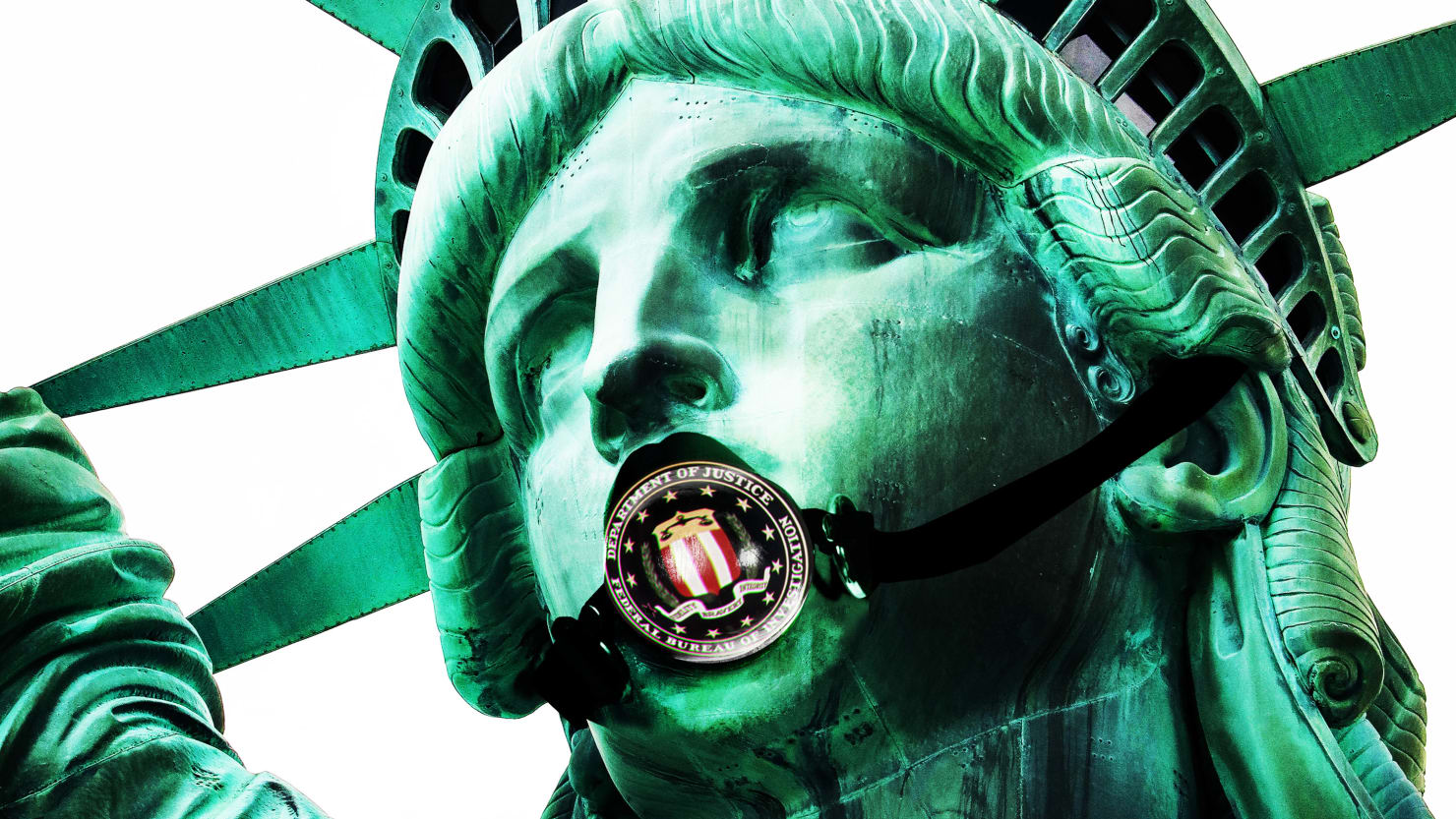 In violation of the law, the FBI won’t deliver a legally required report on domestic terrorism before an election that many security veterans fear may spark some level of violence. 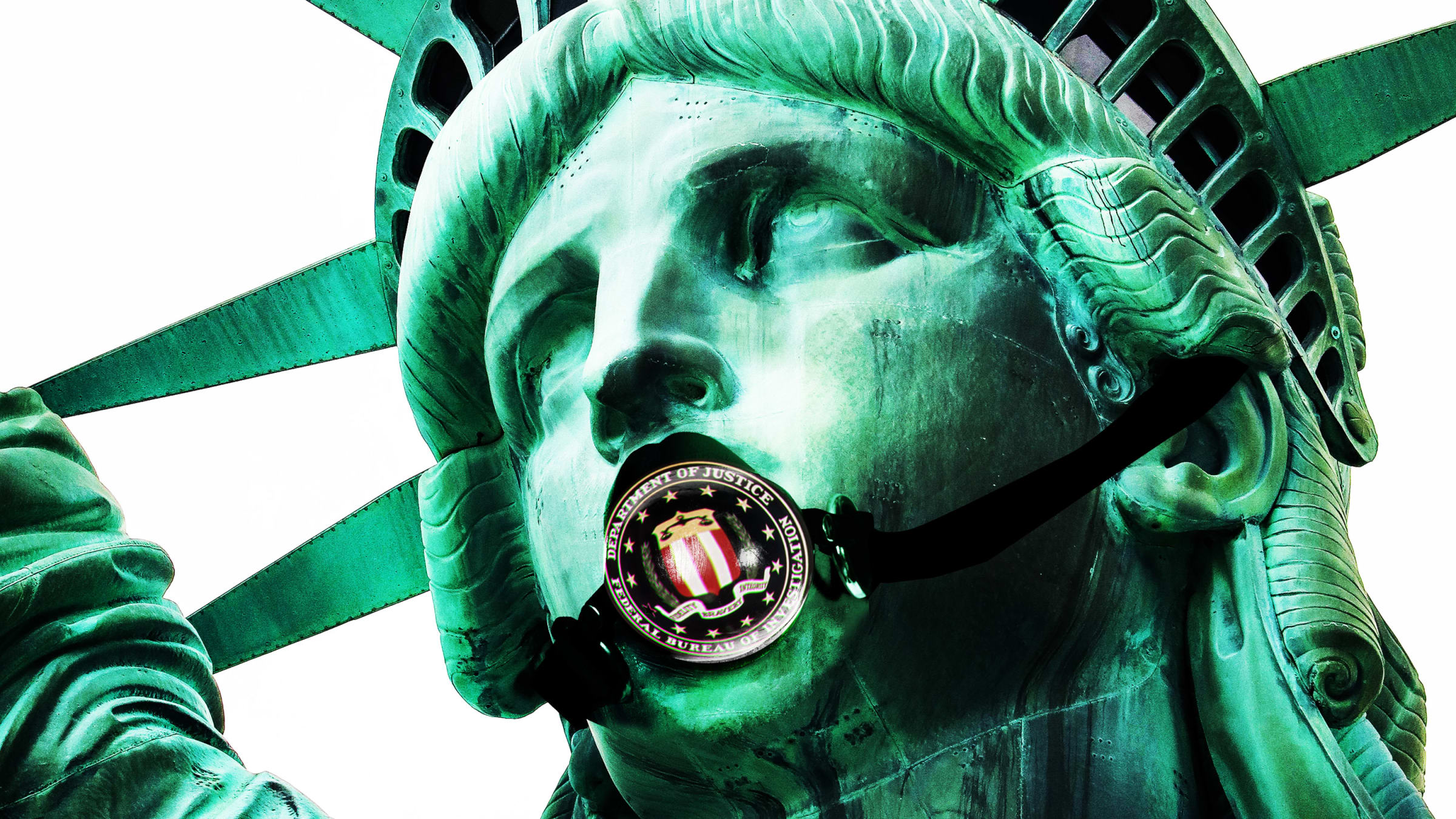 EXCLUSIVE - Photo Illustration by Sarah Rogers/The Daily Beast / Photos Getty/Wikimedia Commons
In violation of the law, the FBI won’t deliver a legally required report on domestic terrorism before an election that many security veterans fear may spark some level of violence.


The FBI has failed to produce a legally required report detailing the scope of white supremacist and other domestic terrorism, despite mounting concerns that the upcoming election could spark far-right violence.

According to a key House committee chairman, that leaves the country in the dark about what the FBI concedes is America’s most urgent terrorist threat, as well as the resources the U.S. government is devoting to fight it.

In June, the bureau was supposed to release a report compiling a wealth of currently unavailable data on domestic terrorism, a category that includes white supremacist violence. The most recent National Defense Authorization Act (NDAA) requires the FBI, in accord with Department of Homeland Security and consultation with the Office of Director of National Intelligence, specify not only known acts of domestic terrorism, but “ideologies relating to domestic terrorism,” and what the FBI and its partners are doing to combat it all.

Yet the FBI is over four months late. While President Trump falsely portrays left-wing property damage as terrorism, suspicion is building that the FBI, whose director Christopher Wray is on the outs with Trump, will keep the public from seeing the scope of its premier terror threat before an election that may feature violence emerging from it.

“I would hate to think that they are reacting to President Trump’s machinations about his dislike for senior leadership in the FBI,” Rep. Bennie Thompson, the Mississippi Democrat who chairs the House Homeland Security Committee, told The Daily Beast. “This report probably would not be viewed favorably by this administration. That, I think, precipitates the report not being released by Nov. 3.”

The public, Thompson continued, “needs to know who the real, documented terrorists in this country, based on the FBI’s intelligence, really are. … I think [Wray] understands that if he wades too far in the water around this subject, he might drown, or get fired, to be honest.”

The FBI did not deny that the report will not be in time for the election.

“The report referenced is a joint product in coordination with ODNI and DHS. NDAA language breaks the report into two parts. Due to limitations caused by COVID-19, Part 1 of the report is in the interagency review process. Part 2 is still being drafted. The FBI is committed to continuing with ODNI and DHS on the report and meeting NDAA requirements,” an FBI official said in a statement to The Daily Beast.

The domestic terrorism report mandated by the NDAA is supposed to include everything from how many agents and intelligence analysts the FBI and DHS assign to domestic terror; to a tally of violent incidents stretching back to 2009; to “the rankings of domestic terrorism in relations to other threats” in each of the FBI’s 56 field offices. It’s also supposed to detail “the necessity of changing authorities, roles, resources or responsibilities within the Federal Government to more effectively prevent and counter domestic terrorism activities.”

Its entire purpose is to fill a critical knowledge gap—“to understand prevalence,” particularly of white supremacist violence, said Elizabeth Neumann, who from March 2018 to April 2020 was the assistant secretary for counterterrorism at DHS. “How big a problem do we have? We can’t answer that in the United States.”

The FBI recently broke up a plot in Michigan by a group of armed right-wingers to kidnap Gov. Gretchen Whitmer and possibly Virginia Gov. Ralph Northam. Law-enforcement actions against white supremacist militants have been on the rise, including last week’s charges in three states of members of a white-power gang. “I have no doubt the FBI is on top of any number of cases of this. I have confidence that the FBI is likely to thwart a lot of these attempts,” Neumann said.

Those who monitor or have fought white terror consider those moves welcome—if overdue and incomplete. “If they’re doing the right thing, they could prove it by complying” with the required information disclosures, said Mike German, who as an FBI special agent in the 1990s infiltrated and arrested white supremacist militants. “They’re masking the data, which leads me to say their rhetoric, while appreciated, just acknowledges the obvious.”


Now a score of national security veterans are sounding alarms about the potential for election-timed violence from those elements, particularly as they feed on a steady diet of incitement from the president falsely claiming the Democrats plan on stealing the election. Rep. Elissa Slotkin, a former CIA analyst and senior Pentagon official who now represents a Michigan district where three of the militiamen lived, expects unrest. “I don’t think we’ll see widespread violence, but it wouldn’t surprise me if we saw limited skirmishes,” said Slotkin, a Democrat. Even a long-delayed and equivalence-laden DHS report—one accused by a whistleblower of deliberately downplaying white extremism—said that “campaign-associated mass gatherings, polling places, and voter registration events” were the “most likely flashpoints” for election-timed violence.


The FBI’s discussions of white supremacist terror are circuitous and euphemistic, adding to the opacity. The FBI categorized white supremacy as one of 11 subcategories of domestic terror it monitored, but a recent bureaucratic reorganization subsumed white supremacy within a broader category called “racially motivated violent extremism.” That implies proportionate nonwhite violent extremism that doesn’t exist. “I think it’s the glossing over of a problem,” said Thompson.​

The White House didn’t want us to talk us about domestic terrorism because they worried that... we would alienate many of the president’s supporters.