‘I Feel Sorry for Americans’: A Baffled World Watches the U.S.

Super Moderator
‘I Feel Sorry for Americans’: A Baffled World Watches the U.S.
From Myanmar to Canada, people are asking: How did a superpower allow itself to be felled by a virus? And why won’t the president commit to a peaceful transition of power? 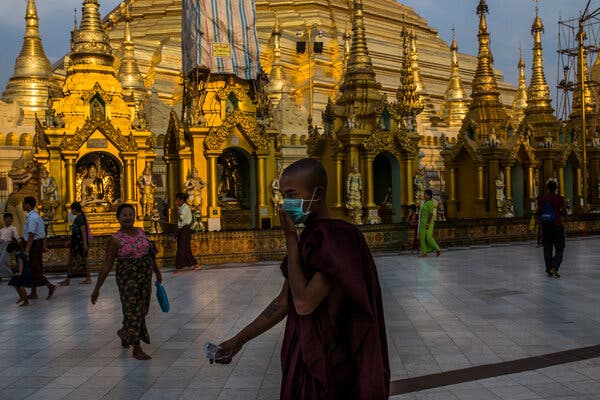 Although Myanmar is beset with its own coronavirus outbreak, there is a sense of sympathy for the United States.Credit...Minzayar Oo for The New York Times 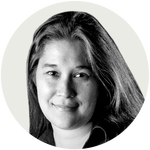 By Hannah Beech
阅读简体中文版閱讀繁體中文版
Get emails for all live election updates, including on Election Day


BANGKOK — Myanmar is a poor country struggling with open ethnic warfare and a coronavirus outbreak that could overload its broken hospitals. That hasn’t stopped its politicians from commiserating with a country they think has lost its way.
“I feel sorry for Americans,” said U Myint Oo, a member of parliament in Myanmar. “But we can’t help the U.S. because we are a very small country.”
The same sentiment prevails in Canada, one of the most developed countries. Two out of three Canadians live within about 60 miles of the American border.
“Personally, it’s like watching the decline of the Roman Empire,” said Mike Bradley, the mayor of Sarnia, an industrial city on the border with Michigan, where locals used to venture for lunch.
ADVERTISEMENT
Continue reading the main story


Amid the pandemic and in the run-up to the presidential election, much of the world is watching the United States with a mix of shock, chagrin and, most of all, bafflement. 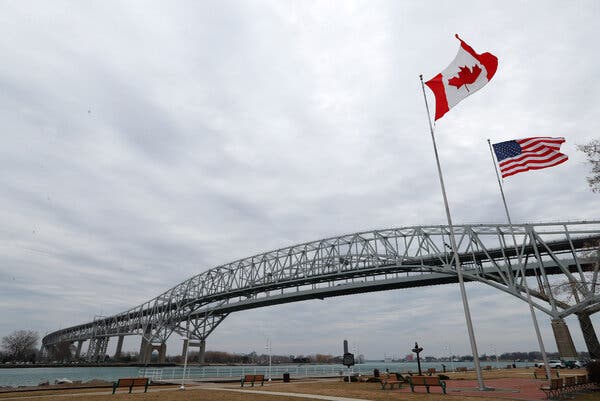 The bridge between Sarnia, Ontario, and Port Huron, Mich. The border between the United States and Canada is largely closed, and many Canadians want it to stay that way until at least until the New Year. Credit...Paul Sancya/Associated Press
How did a superpower allow itself to be felled by a virus? And after nearly four years during which President Trump has praised authoritarian leaders and obscenely dismissed some other countries as insignificant and crime-ridden, is the United States in danger of exhibiting some of the same traits he has disparaged?
“The U.S.A. is a first-world country but it is acting like a third-world country,” said U Aung Thu Nyein, a political analyst in Myanmar.
Adding to the sense of bewilderment, Mr. Trump has refused to embrace an indispensable principle of democracy, dodging questions about whether he will commit to a peaceful transition of power after the November election should he lose.
ADVERTISEMENT
Continue reading the main story


His demurral, combined with his frequent attacks on the balloting process, earned a rebuke from Republicans, including Senator Mitt Romney of Utah. “Fundamental to democracy is the peaceful transition of power,” Mr. Romney wrote on Twitter. “Without that, there is Belarus.”
In Belarus, where tens of thousands of people have faced down the police after the widely disputed re-election last month of President Aleksandr G. Lukashenko, Mr. Trump’s remarks sounded familiar.
“It reminds me of Belarus, when a person cannot admit defeat and looks for any means to prove that he couldn’t lose,” said Kiryl Kalbasnikau, a 29-year-old opposition activist and actor. “This would be a warning sign for any democracy.” 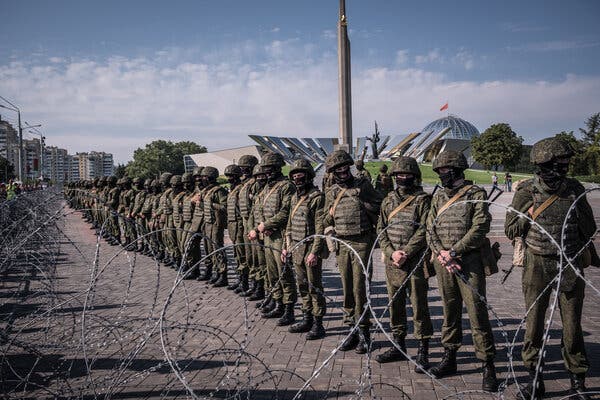 Belarus soldiers in Minsk last month.Credit...Sergey Ponomarev for The New York Times
Some others in Europe are confident that American institutions are strong enough to withstand assault.
“I have no doubt in the ability of the constitutional structures of the United States with their system of checks and balances to function,” said Johann Wadephul of Germany, a senior lawmaker from Chancellor Angela Merkel’s conservatives.
Still, that the president of the United States, the very country that shepherded the birth of Germany’s own peaceful democracy after the defeat of the Third Reich, was wavering on the sanctity of the electoral process has been met with disbelief and dismay.
ADVERTISEMENT
Continue reading the main story


The diminution of the United States’ global image began before the pandemic, as Trump administration officials snubbed international accords and embraced an America First policy. Now, though, its reputation seems to be in free-fall.
A Pew Research Center poll of 13 countries found that over the past year, nations including Canada, Japan, Australia and Germany have been viewing the United States in its most negative light in years. In every country surveyed, the vast majority of respondents thought the United States was doing a bad job with the pandemic.
Such global disapproval historically has applied to countries with less open political systems and strongmen in charge. But people from just the kind of developing countries that Mr. Trump has mocked say the signs coming from the United States are ominous: a disease unchecked, mass protests over racial and social inequality, and a president who seems unwilling to pledge support for the tenets of electoral democracy.
Editors’ Picks 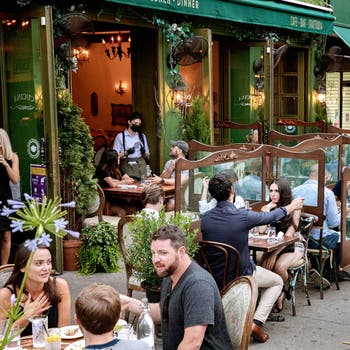 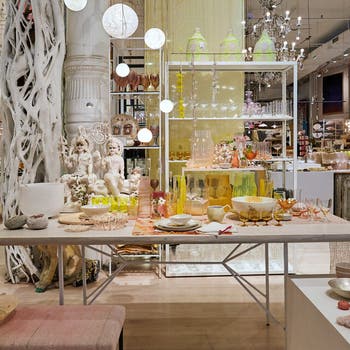 The New York Store Where Furniture Is Theater 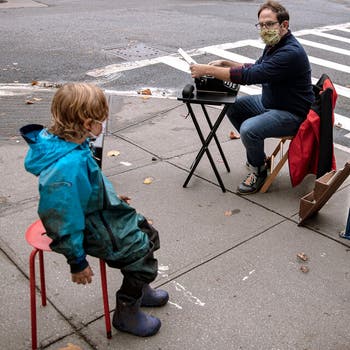 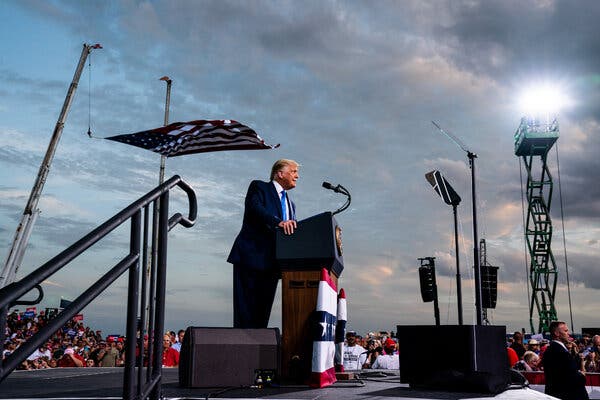 Mr. Trump has refused to guarantee a peaceful transition of power, an unprecedented move by an American president.Credit...Anna Moneymaker for The New York Times
Mexico, perhaps more than any other country, has been the target of Mr. Trump’s ire, with the president using it as a campaign punching bag and vowing to make Mexicans pay for a border wall. Now they are feeling a new emotion that has overtaken their anger and bewilderment at Trumpian insults: sympathy.
Election 2020 ›
Latest Updates
Updated
Nov. 4, 2020, 6:08 a.m. ET4 hours ago
4 hours ago
Is this helpful?

“We used to look to the U.S. for democratic governance inspiration,” said Eduardo Bohórquez, the director of Transparency International Mexico. “Sadly, this is not the case anymore.”
“‘Being great’ is simply not enough,” he added.
In Indonesia, the most populous Muslim-majority democracy, there is a sense that the United States has left the world adrift, even if its application overseas of democratic ideals was imperfect. For decades, Washington supported some of Asia’s most ruthless dictators because they were considered vital to halting communism in the region.
ADVERTISEMENT
Continue reading the main story


“The world sees the dismantling of social cohesion within American society and the mess in managing Covid,” said Yenny Wahid, an Indonesian politician and activist. “There is a vacuum of leadership that needs to be filled, but America is not fulfilling that leadership role.”
Ms. Wahid, whose father was president of Indonesia after the country emerged from decades of strongman rule, said she worried that Mr. Trump’s dismissive attitude toward democratic principles could legitimize authoritarians.
“Trump inspired many dictators, many leaders who are interested in dictatorship, to copy his style, and he emboldened them,” she said. 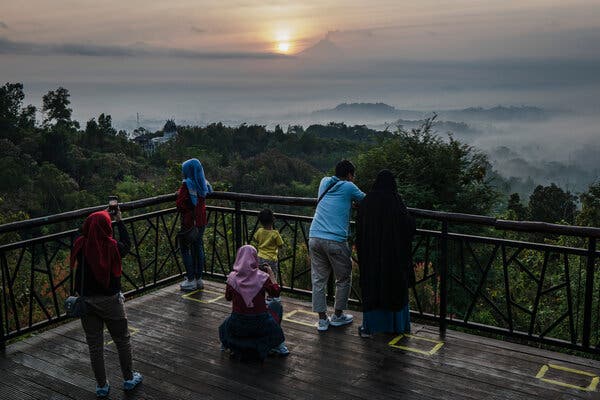 In Indonesia, there is a sense that the United States has left the world adrift.Credit...Ulet Ifansasti for The New York Times
In places like the Philippines, Mexico and others, elected leaders have been compared to Mr. Trump when they have turned to divisive rhetoric, disregard of institutions, intolerance of dissent and antipathy toward the media.
But there is also a sense that Americans are now getting a glimpse of the troubles people living in fragile democracies must endure.
“They now know what it’s like in other countries: violating norms, international trade and its own institutions,” said Eunice Rendon, an expert on migration and security and the director of Migrant Agenda, a nonprofit organization in Mexico. “The most powerful country in the world all of a sudden looks vulnerable.”
ADVERTISEMENT
Continue reading the main story


Already, an American passport, which once allowed easy access to almost every country in the world, is no longer a valuable travel pass. Because of the coronavirus, American tourists are banned from most of Europe, Asia, Africa, Oceania and Latin America.
Albania, Brazil and Belarus are among a small group of countries welcoming Americans with no restrictions, however.
The State Department has tried to play up its role in battling the coronavirus overseas, even as the United States struggled to supply its own doctors and nurses with adequate equipment early in the pandemic. In March, the United States provided 10,000 gloves and 5,000 surgical masks, among other medical supplies, to Thailand, which today has recorded fewer than 3,520 coronavirus cases and 59 deaths. Despite the low caseload, most Thais continue to wear face masks in public and the country never suffered a mask shortage.
“Through the American people’s generosity and the U.S. government’s action, the United States continues to demonstrate global leadership in the face of the Covid-19 pandemic,” a State Department statement said. 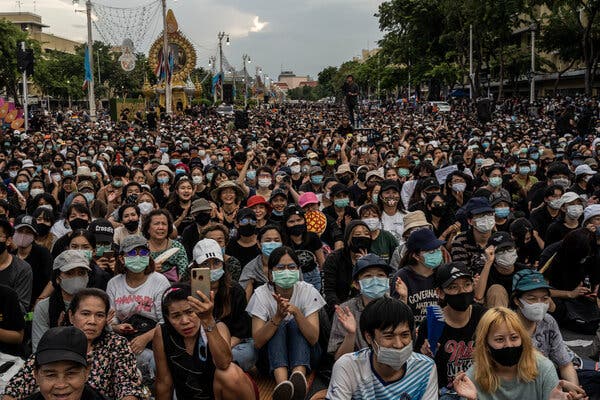 A pro-democracy rally in Bangkok. Thailand has recorded fewer than 3,520 coronavirus cases and 59 deaths.Credit...Adam Dean for The New York Times
In Cambodia, which reports being largely spared by the virus so far, there is a measure of schadenfreude toward the United States. Prime Minister Hun Sen has survived as Asia’s longest serving leader by cracking down on dissent and cozying up to China. He has turned his back on American aid because it often came with conditions to improve human rights. Now, he and his administration are ridiculing the United States and its handling of the pandemic.
“He has many nuclear weapons,” Sok Eysan, a spokesman for Mr. Hun Sen’s Cambodian People’s Party, said of Mr. Trump. “But he is careless with a disease that can’t be seen.”
Reporting was contributed by Azam Ahmed from Mexico City; Melissa Eddy from Berlin; Saw Nang from Yangon, Myanmar; Ivan Nechepurenko from Moscow; Catherine Porter from Toronto; Muktita Suhartono from Bangkok; and Sun Narin from Phnom Penh, Cambodia.

MASTERBAKER said:
How did a superpower allow itself to be felled by a virus?
Click to expand...