Wanda Sykes on Doing Business With Netflix: ‘They Moved That Comma’

BGOL Investor
Wanda went from being low-balled to doing two projects with the company. Sorry if repost.

Wanda Sykes on Doing Business With Netflix: ‘They Moved That Comma’
By CYNTHIA LITTLETON

MENLO PARK, Calif. — Wanda Sykes wears a lot of hats as a comedian, writer, producer and entrepreneur, and that gives her a keen sense of the ever-growing content marketplace. She also has a very clear understanding of what she’s worth in dollars and cents, as she shared Tuesday in her Q&A at Variety’s Silicon Valleywood conference presented by PwC.

The explosion in the number of outlets seeking original content has been a godsend for comedians and other creatives. Sykes is in the midst of building up her Push It Productions banner.

“Before it was always, what are the buyers looking for on the production side? You try to cater to that what are they looking for. Now so many buyers are out there especially with streaming. They’re just looking for good content,” she said. “They’re going to find someone who is interested in what you’re putting out there. You don’t have to focus on what people are buying. We can focus on what stories you want to tell.”

Sykes has a new comedy special premiering May 21 on Netflix, “Wanda Sykes: Not Normal.” Moderator Andrew Wallenstein, Variety’s co-editor-in-chief, pressed Sykes about her business relationship with Netflix during the Q&A at Rosewood Sand Hill resort.

Last year, Sykes spoke out in support of comedian Mo’Nique, who accused Netflix of low-balling her on an offer for a comedy special. Sykes acknowledged that she also rejected a deal from Netflix over financial terms. Mo’Nique’s assertion came after Netflix set eye-popping deals for comedy specials with Chris Rock and Dave Chappelle valued at $20 million a piece.

So what made the difference this time around? Sykes smiled. “They moved that comma,” she said.

Sykes recounted her experience in shopping a previous comedy special to the Netflix. “I had to step up and say something,” Sykes said of lending her support to Mo’Nique. “I also felt I was low-balled.”

Sykes emphasized that Netflix’s offer and her response were strictly business negotiations. She didn’t take it as a personal slight, but she did take her special to a rival outlet, Epix. Today she’s also working on a scripted series for Netflix with comedian-producer Mike Epps.

“This is what they feel the special is worth. I disagree and I’m going to find another buyer,” Sykes said of her previous discussions with Netflix. “This time around, Netflix came in with a good offer. It wasn’t Dave Chappelle money but I’m not doing Dave Chappelle business. The offer was commensurate with the business I was doing.”

Among other highlights of the conversation:

-Sykes said her concern about the state of the country outweighs the rich comedic potential that the Trump administration has offered. “I’d rather the country be in better shape and not about to explode,” she said. “I’d rather not be cracking up on my special while everything’s on fire.”

She said comedians have a role to play in helping to “get people talking” about difficult issues such as race and class. As an African-American female lesbian comic, she can’t avoid touching on politics and cultural issues in her standup.

“I hope people see it is not coming from a viewpoint of ‘I can’t stand Trump.’ It’s more ‘I love my country and I don’t understand what’s going on,” she said. “When we’re attacked, we’re supposed to drop all the B.S. and unite and that didn’t happen. You should try to be funny first, but let’s also bring up some topics that are hard to discuss. Let’s try to do some healing. Stop following people who are just giving you lies and think for yourselves. Or let me tell you what to think,” she joked. 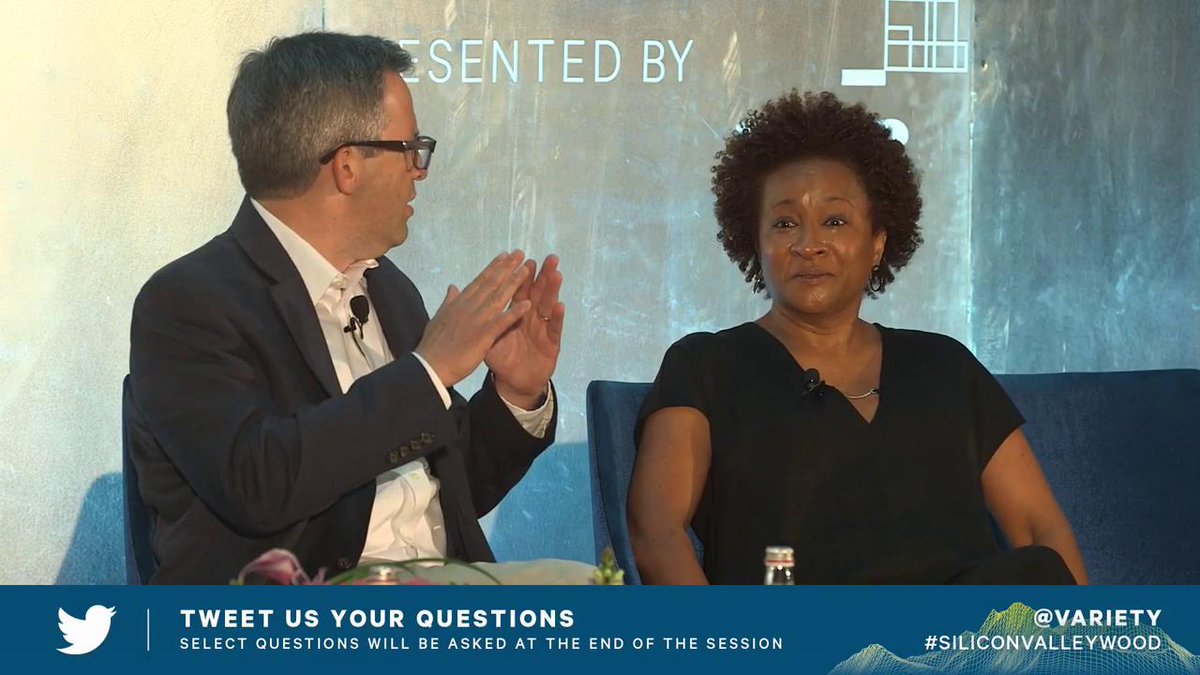 Wanda Sykes says her comedy must touch on politics: "If I go onstage and not mention politics... I'm ignoring everything that's actually happening to me and my community" #SiliconValleywood presented by @PwCAdvisory

-Sykes was pressed about her view on whether comedians have gone over the line in skewering Trump. Kathy Griffin saw career problems since controversy erupted in 2017 over her infamous photo shoot holding up Trump’s severed head.

“I just looked at that and thought ‘That’s not funny, Kathy,” Sykes said. But the backlash Griffin faced was out of proportion for something that essentially amounted to poor taste. “She’s a comedian. She’s not going to do anything to harm the president. C’mon,” she said. “It was ridiculous what they put her through. Now looking back at it I think OK, you gave her all that crap for doing that. You have the president of the United States put out a video basically attacking a Congresswoman. What he did to her in that video is way more harmful than Kathy, a comedian, holding up some heads with ketchup on them.”

-Sykes expressed her excitement at working on the upcoming live ABC special featuring recreations of the pilots for classic Norman Lear sitcoms “All in the Family” and “The Jeffersons.”

Sykes is taking on the role of Louise Jefferson, played in the 1970s and ’80s by the late actress Isabel Sanford. “Anytime I get an email from Norman Lear I’m going to say yes,” Sykes said. “If it says ‘I want you to hide a body for him,’ I’m already in.” On a practical level, Sykes had to scramble to free up her schedule to take part in the May 22 event, something she did as quickly as she could. “I told them ‘Just let me figure out if I can cancel some things before you call Queen Latifah,’ ” she said. “Sorry Queen.”

BGOL Investor
You mean she didn't burn her bridges when she rejected their first offer? Who would have thought that you could walk from the table and negotiate later

Flawless said:
You mean she didn't burn her bridges when she rejected their first offer? Who would have thought that you could walk from the table and negotiate later

BGOL Investor
Maybe Monique negotiating tactics are not it

footloose said:
Maybe Monique negotiating tactics are not it
Click to expand...

I blame her husband. A real manager would have handled that negotiation better or found another venue to pay her a better rate, even if they couldn't get the full rate they wanted.