Certified Pussy Poster
Venom Is Trending on Twitter - and It Has Nothing to Do With the Sequel
A mysterious black creature was caught on camera recently, and Twitter users are comparing it to Marvel's most famous symbiote, Venom.

And the award for craziest thing you'll see on Twitter today goes to... this thing. Believed to be a bootlace worm, the world's longest animal, the creature has been given another, more appropriate name: Venom.
Over 90,000 people were tweeting about the creature after a video surfaced online, showing a black mass moving and writhing on a rock. “Anybody know what this is?” asked user @sunnyarkade, who first shared the clip. Over 4 million people have watched it, .
RELATED:Venom 2 Set Photos Offer Better Look At Woody Harrelson's Cletus Kasady

Anybody know what this is?

36K people are talking about this 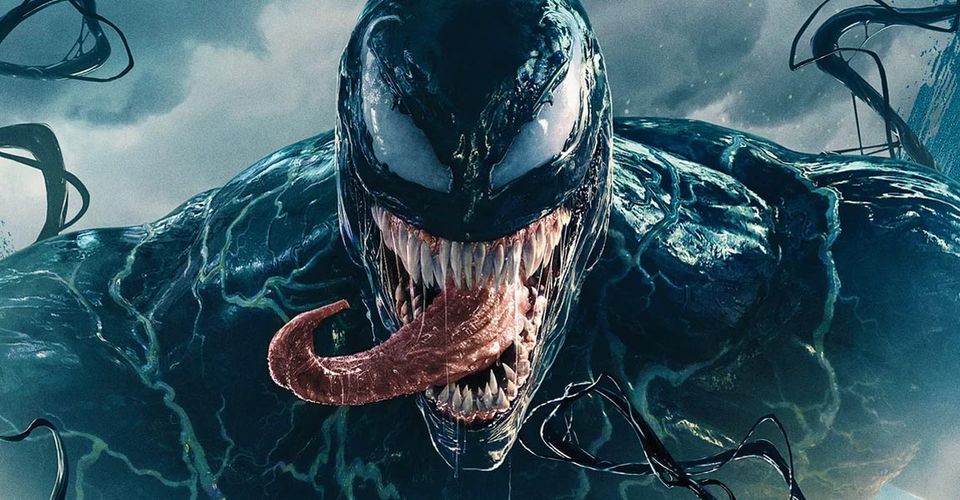 Several users have given explanations for what the creature could actually be, and some have even joked about it being coronavirus (COVID-19). But most simply point out the eerie similarities to Marvel’s most famous symbiote.
Continue Scrolling To Keep ReadingClick the button below to start this article in quick view.

"That is called pneumanatic singila symbiotic group," user @masteracestick joked, which was favorited over 5,000 times . "Basically you normally see them that size but sometimes they join eachother to make bigger ones. They are very rare to find. They have been known to cover at least 2-3 making them go psycho, hear things, and get controlled."
RELATED: Venom Artist Ryan Stegman Shares Alternate Look At FCBD Story
The actual, non-joking consensus is that it's a video of a bootlace worm. The creature’s scientific name is Lineus longissimus and, much like Venom's symbiote, can be dangerous to animals around it.


When provoked, the worm secretes a toxin-filled mucus that can paralyze its predators. This explains why the one on video looks the way it does, seeing how the person in the clip is using a blade to mess with it. Scientists have been analyzing the toxin and are looking to use it in pesticides. 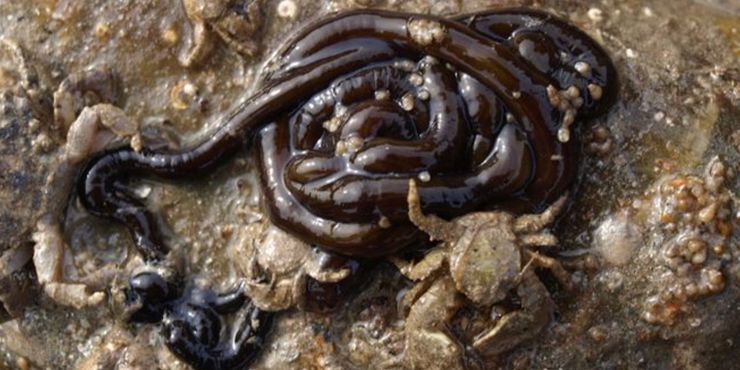 Certified Pussy Poster
World’s longest animal boasts a potent poison
The bootlace worm’s mucus is loaded with a powerful nerve toxin.
A slimy worm that can stretch to 50 metres long may seem nightmarish enough, but experiments reveal that the bootlace worm has another formidable feature: a potent nerve toxin.
The invertebrate (Lineus longissimus), which lives on the sea floor and is thought to be the longest animal on Earth, squirts mucus when disturbed. Ulf Göransson at Uppsala University in Sweden and his colleagues analysed the mucus and isolated a peptide that they named nemertide α-1. When the researchers injected low doses of the peptide into green crabs (Carcinus maenas) and juvenile Dubia cockroaches (Blaptica dubia), the animals became paralysed and died.
The team found that the peptide disrupts nerve-cell activity in roaches and other invertebrate pests but is much less potent when applied to mammalian nerve cells. Along with related peptides from the bootlace worm, α-1 may prove to be a valuable insecticide, the authors say.

The Bootlace Worm Looks Like a VENOM Symbiote - Nerdist

A specimen of bootlace worm was recently recorded by a man living in the Caribbean, and it looks exactly like the Symbiote responsible for Venom.


The bootlace worm (Lineus longissimus) — the longest animal on Earth — produces a neurotoxin that can kill both crabs and cockroaches, a team of Swedish scientists has discovered.
The bootlace worm (Lineus longissimus). Image credit: Cédric Audibert / AnimalBase Project Group, www.animalbase.uni-goettingen.de.
The bootlace worm is a member of Nemertea, a phylum of invertebrate animals also known as ‘ribbon worms’ or ‘proboscis worms.’
The species is usually 15-50 feet (5-15 m) in length, but can be up to 180 feet (55 m) long, usually only 5-10 mm in width.
When the bootlace worm is irritated, it releases large amounts of thick mucus that is poisonous for crustaceans.
Professor Ulf Göransson of Uppsala University and co-authors extracted the most prevalent peptide toxin from the bootlace worm’s mucus and discovered that it could paralyse and kill crustaceans and cockroaches.
“We already know that peptide toxins are found in, for example, cone shells that live in tropical waters,” he said.
“Bootlace worm live in colder waters, for example, the coastlines of Great Britain and Norway and the west coast of Sweden.”
“This peptide toxin, named nemertide α-1, is the most poisonous substance to have been found in Sweden’s animal kingdom and the fact that it may be possible to use it makes the discovery even more exciting.”
Toxins often affect the ionic channels, that is, proteins that control the transport of different ions in and out of cells.
Professor Göransson’s team showed that the isolated toxin impedes the inactivation of the sodium channels in three species of invertebrate animals: the German cockroach, fruit fly and Varroa mite. That causes continual electric signalling in nerves and muscles, which gives rise to paralysis.
Laboratory tests were conducted to investigate how the toxin affects the sodium channels of mammals. There, the reaction was not nearly as strong.
“Therefore, we believe nemertide α-1 is probably not poisonous for humans or other mammals,” the researchers said.
“Today, similar neurotoxins that have been extracted from snakes, spiders and cone shells are used, for example, as pharmaceuticals, pharmacological tools, in biotechnology and as agricultural insecticides.”
“We believe that the toxins from the bootlace worm can also be used to develop new insecticides.”
“Nemertide α-1 has a very powerful effect on crustaceans and cockroaches, which is why it could serve as a very effective insecticide,” Professor Göransson said.
“From a research point of view, it’s exciting to have discovered a new toxin in our own fauna, in a group of animals that has basically never been explored. Moreover, the whole chain of research can be attributed to our team’s effort, from discovering the substance in the bootlace worm to describing the structure of the toxin and studying its effect.”
The team’s findings were published in the journal Scientific Reports.
E

BGOL Investor
The pictures look nothing like the creature in the video !