According to a new report by The Hollywood Reporter, Donald Glover has joined the cast ofSpider-Man: Homecoming.

With Tom Holland starring as Peter Parker/Spider-Man in the film, details of Donald's involvement with the project are being kept secret. However, that won't stop fans from celebrating the news of the actor's involvement with Homecoming.

Heading into production in June, Homecoming is Sony's third reboot of its Spider-Manfranchise and will be partnering with Marvel Studios to create the new film.

For Donald Glover, his casting in the film brings his involvement with the Queen's vigilante to a full circle. Currently, Donald voices Miles Morales, a Black Hispanic version of Spider-Man from Marvel's Ultimate universe, on Disney XD's Ultimate Spider-Man. However, when Sony began casting for The Amazing Spider-Man (2012), fans of the superhero began a vocal social media campaign to get Donald involve with the project.

Homecoming has been quietly collecting a large, talented cast of actors as it gears up to film this summer. Talent like Michael Keaton has joined Homecoming as the film's villain while actresses Marisa Tomei and Zendaya will play Aunt May and an unknown female lead respectively. Behind the scenes, Homecoming will be directed by Jon Watts with both Amy Pascal and Kevin Feige producing.

Donald Glover, who is well-known for his roles in Community and The Martian, seems like he's the latest talent to sign onto the project. At 32 years old, Donald has already become a best-selling rapper, writer, and actor amongst the Hollywood elite. He began writing for Tina Fey's comedy 30 Rock when he was just 21 years old before he joined Community and signed onto Glassnote Records to release music under the name Childish Gambino. Both of Donald's albums released under his pseudonym have charted on Billboard and his second album, Because The Internet, was nominated for Best Rap Album at the Grammys.

With the film now touting Donald's undeniable talent, fans now can only wait to see how the actor's role will fit into Spider-Man: Homecoming which is slated for release on July 7, 2017.

Certified Pussy Poster
not mad at all...

BGOL Investor
Maybe he plays the Prowler, Miles uncle, setting up the Ultimate Spider Man for a future sequel.

Basically.
Especially since they're going with a young Peter Parker. If Parker is in high school than Miles should just be started 3rd grade or something. 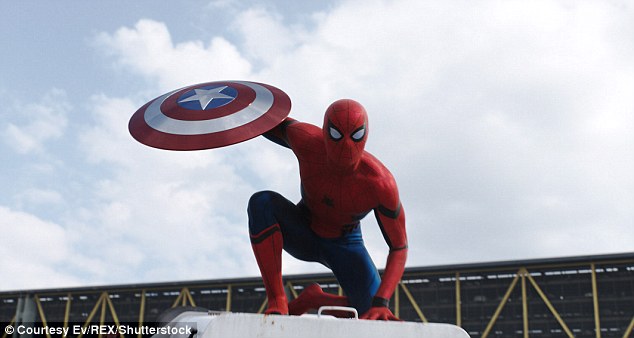