Tariq actually made some good points in the video...a few

exiledking said:
I think Byron is using populist tactics to get what he wants. It ain't gonna do shit for "us", but hearing about Bhrons dedication to building his company, and.his history and experience in media, I ain't mad at him using the race card to get what he wants. This is one of the best times TO use it. I suspect he has a PERSONAL issue with a few of the white boys at Comcast he's been networking with for years. They have their advantages , this is one of his. .I typically don't like when people do this, but it's a substantial amount of money and resource he can get. It's like a basketball player flopping on tbe court , just to make sure he gets the foul call.
Click to expand...

That’s what I was thinking

Ya gotta give it to the ADOS folks- specifically Yvette and Tone. They found a specific issue to focus on that they could actually maybe win. Byrons.case is a good hill to stand on. Everyone keeps using the words "Black agenda" but nothing specific. This is a specific case that you can get these candidates to pander to. Byron should use Kanye to go talk to Trump and get his DOJ to stand down on lol. Byrons case sounds a lot like Kanyes issues he had with Nike, that he worked out with Adidas. He just wanted his talent and drive to be respected in the right platform and not just underneath someone else. Byron knows his shit back and forth. He should get what he wants.
T

Drayonis said:
Tariq actually made some good points in the video...a few
Click to expand...

I can't listen to all this shit lol. He's back to ignore. I had tuned out for a while.anyway, but this looked like fun. If he ain't making no puppet show, I'm out.

BGOL Investor
Good questions. But I don’t know enough to know if this negro full of shit.

BGOL Investor
Byron Allen. You in your own wit this homie

BGOL Investor
Anyone know where this Nicca get all his money from. They’re saying it’s not his money. It’s white owned companies using his face so they can use the civil rights act for them selves

BGOL Investor
He might be a coon with his white wife but he has greatly assisted the black community with his insight.

1. Whites will choose the least qualified among us to represent us such as rappers, preachers, African-American history professors, Boyce Watkins and lawyers.
2. Civil rights legislation has an economic component that needs to be studied before implementing. A seminarian may not be the best person to do this unless God is speaking to them. They might have charisma to attract people to a cause but their ideas should be vetted economically.
3. We need to start thinking like immigrant Hispanics. They are poor here, but they are extremely wealthy in Mexico where the minimum wages is $4 a day. Fighting redlining and restrictive covenants may not be the best solution in many cases. Having these poor cheap areas greatly boost our wealth when we can tap into a low-paying job at a white company. By reducing the crime and racial cannibalism, many affluent Blacks may choose to live in those areas which would boost their wealth greatly.
4. When whites were not getting a beneficial trade relationship with the Chinese they shut that down. We should not be afraid to up end traditional thinking and behaviors that is not working. 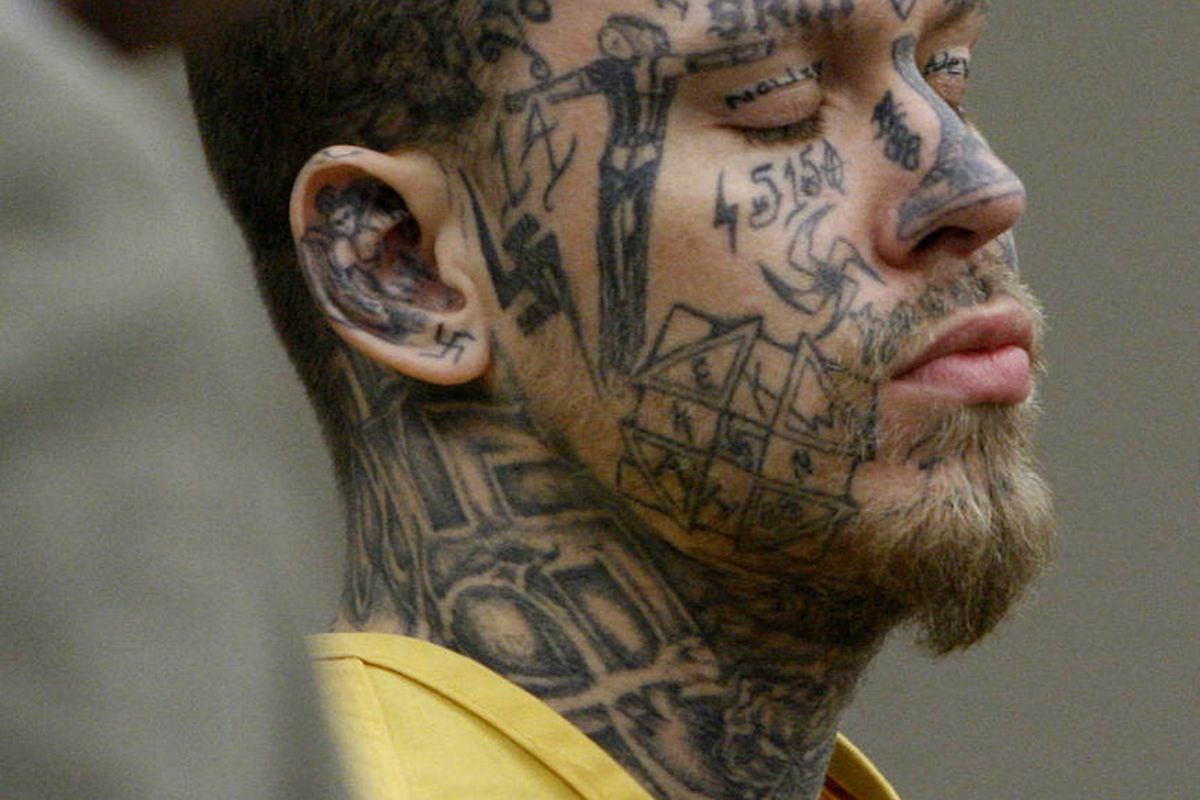 I wrote in another thread that there is a number suspicious deaths linked to his case and the company he is suing. He needs to hire somebody like this with face tattoos who can sit in court with his attorneys when he is dealing with NBC/Comcast. Somebody that does not know how many people they have killed.

Quit projecting weakness to these people. We need somebody like Jay-Z who has stabbed a fool or Dr. Dre pursuing a case like this, not some cornball like Byron Allen.

CPT Callamity said:
Judge Joe Brown has been dissing him all day...

I hate old niggas especially the hatin ones

BGOL Investor
Did he bend the knee to Trump?
TRUMP: “NBC just left because they don’t want to hear this … because it’s owned by Comcast and they’re the racists"

RoomService said:
Did he bend the knee to Trump?
TRUMP: “NBC just left because they don’t want to hear this … because it’s owned by Comcast and they’re the racists"

Did who bend the knee? I'm glad someone brought this back up

The U.S. Supreme Court issued a unanimous opinion Monday that sends the racial discrimination case filed by entrepreneur Byron Allen back to an appellate court with a stricter definition of the bias that Allen needs to prove in order for the lawsuit to proceed in federal court.


The ruling came down in Comcast’s favor on the question of the legal test, or causation standard, that the court should apply in determining the merits of Allen’s claim and whether the lawsuit should be allowed to proceed. Comcast attorneys argued that Allen needed to prove that race was the sole factor in Comcast’s decision not to cut a deal to carry a group of cable channels owned by Allen’s Entertainment Studios. Allen’s team had argued that it only needed to demonstrate that race was a “motivating factor” in Comcast’s denial of a deal for the case to proceed.

Comcast appealed that decision to the nation’s high court, which heard oral arguments on Nov. 13, 2019. That argument revolved only around the nature of the test to be applied in the final determination of whether Comcast’s actions violated a civil rights law enacted in 1866 to ensure that newly freed slaves would have the same right to make and enforce contracts as white citizens.


The narrow scope of the Supreme Court argument turned on the causation standard and the impact of that on the burden of proof in the case. Allen’s legal team, led by UC Berkeley School of Law dean Erwin Chemerinsky, argued that the suit should proceed with the “motivating factor” standard, which would have the effect of forcing Comcast to prove that race wasn’t the sole factor in its decision rather than keeping the burden on Allen to prove that race was the only factor.


Allen’s team argued that the motivating factor standard was spelled out in other civil rights laws over the years that aim to attack the same problems. But the court did not agree in the opinion penned by Justice Neil Gorsuch.


“To accept (Entertainment Studios’) invitation to consult, tinker with, and then engraft a test from a modern statute onto an old one would thus require more than a little judicial adventurism, and look a good deal more like amending a law than interpreting one,” Gorsuch wrote.


Justice Ruth Bader Ginsburg in her concurring opinion addressed the concerns raised by legal scholars that a stricter focus on “but-for” causation would make it harder for plaintiffs to pursue civil rights claims. She cited a hypothetical examples of an employer requiring five letters of reference for a black job applicant but only one for a white candidate. Allen’s suit claims that Comcast demanded his company take a number of costly steps in what was ultimately an unsuccessful effort to persuade them to carry his channels.


Filed in 2015, Allen’s suit was dismissed three times at the filing stage by lower courts. In 2018, the Ninth Circuit Court of Appeal argued that those courts had erred and that the motivating factor standard was enough for the case to move into the discovery phase.
Last edited: Mar 23, 2020


Byron Allen, owner of the Weather Channel as well as several regional sports networks, has settled a long-running racial discrimination lawsuit with Comcast.

According to Variety, on Wednesday Comcast reached an agreement with Allen’s Entertainment Studios to pick up three of his cable channels: Comedy.TV, Recipe.TV ,and JusticeCentral.TV.

The settlement also amends the terms of Comcast’s deal with The Weather Channel, which Allen bought in 2018. Allen filed a $20 billion lawsuit in 2015 against the cable giant, accusing it of violating civil rights law by refusing to carry his portfolio of seven niche cable channels. Comcast vehemently denied that race played any role in its decision.

Allen said he’s happy to move on from the suit and create a new partnership with Comcast.

“We’re excited to begin a new phase of partnership with Comcast and Xfinity, including the distribution of our cable channels for the first time on Xfinity platforms,” Allen said.


The settlement between the two will allow Comcast to launch the free Weather Channel app Local Now on its Xfinity and Flex platforms and the WeLoveWeather.TV website on an authenticated basis. Comcast will also have video on demand rights to the three new channels.

“We are pleased to have reached this multifaceted agreement that continues our long relationship with The Weather Channel while bringing Xfinity customers additional content. We look forward to an ongoing partnership,” Bec Heap, senior vice president of video and entertainment for Comcast Cable, told Variety.

Allen’s suit alleged Comcast violated a federal civil rights law from 1866 designed to ensure that African Americans had the same right to make and enforce contracts as white Americans. The suit asserted that since race played a factor in Comcast’s decision making, it violated section 1981 of the law.

The case made it all the way to the Supreme Court, but in March the court ruled 9-0 in favor of Comcast on the interpretation question and sent the case back to a lower court. The New York City Comptroller, Scott Stringer, pushed the cable giant to come to a settlement with Allen late last year. New York City’s pension fund holds 9 million Comcast shares worth an estimated $423 million.