Two female passengers were arrested at Miami International Airport after a fight with an airline worker, followed by a clash with cops that was caught on video.
Cellphone footage that was provided to NBC 6 Miami by the news media site Only In Dade shows the two unruly women being pinned down Tuesday by police officers.
One of the arrestees sporting bright pink hair is seen kicking her feet and trying to crawl away on her stomach while screaming “Get off of me!” at the top of her lungs.
The other woman is lying face down on the floor with her hands restrained behind her back.
The incident that preceded that chaotic arrest took place around 9:30 a.m. Tuesday at a Frontier Airlines ticket counter, where an airline employee informed the two women that they could not to board their flight to Atlanta because they were 45 minutes late. 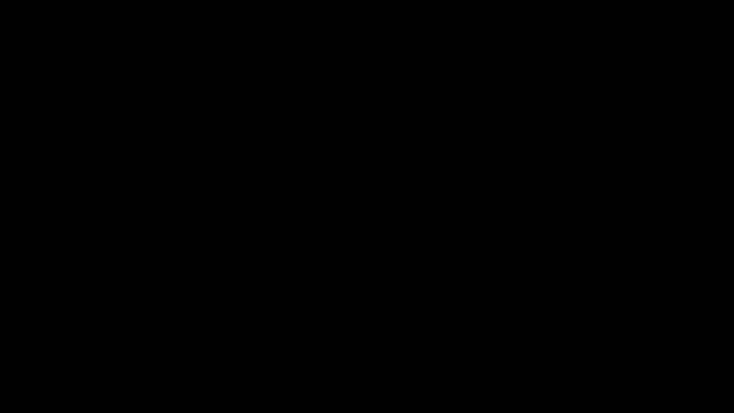 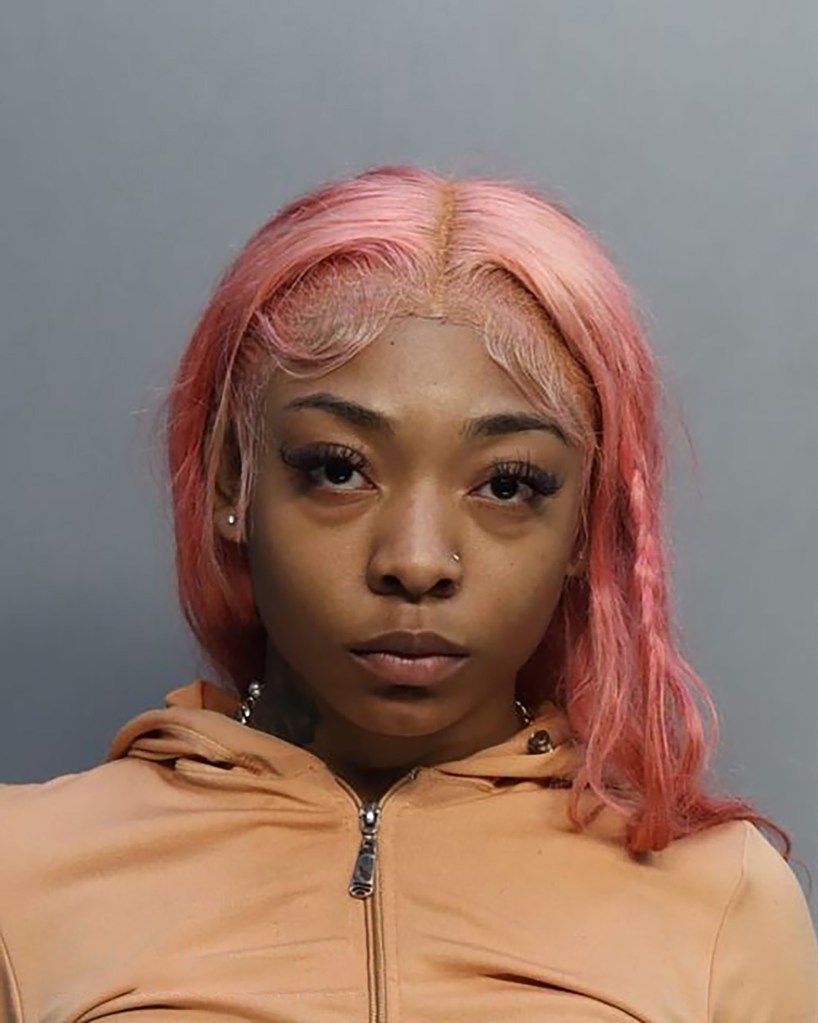 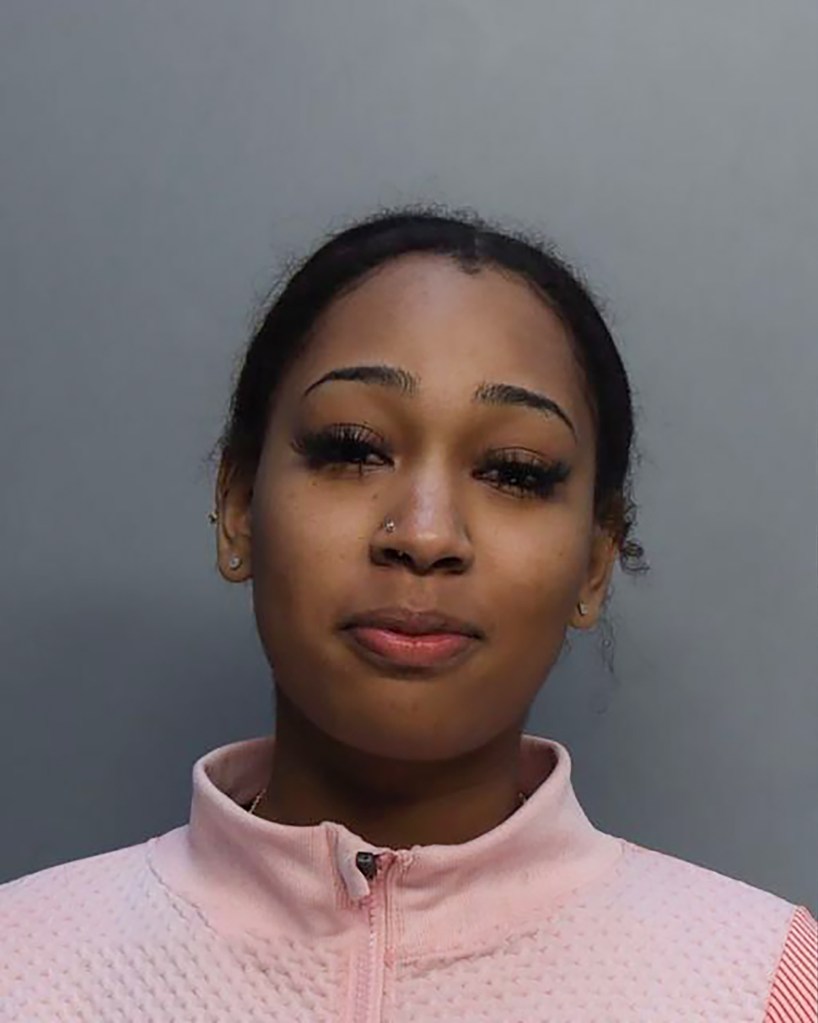 Negash, 21, was arrested on counts of resisting arrest with violence and disorderly conduct.Miami-Dade Corrections 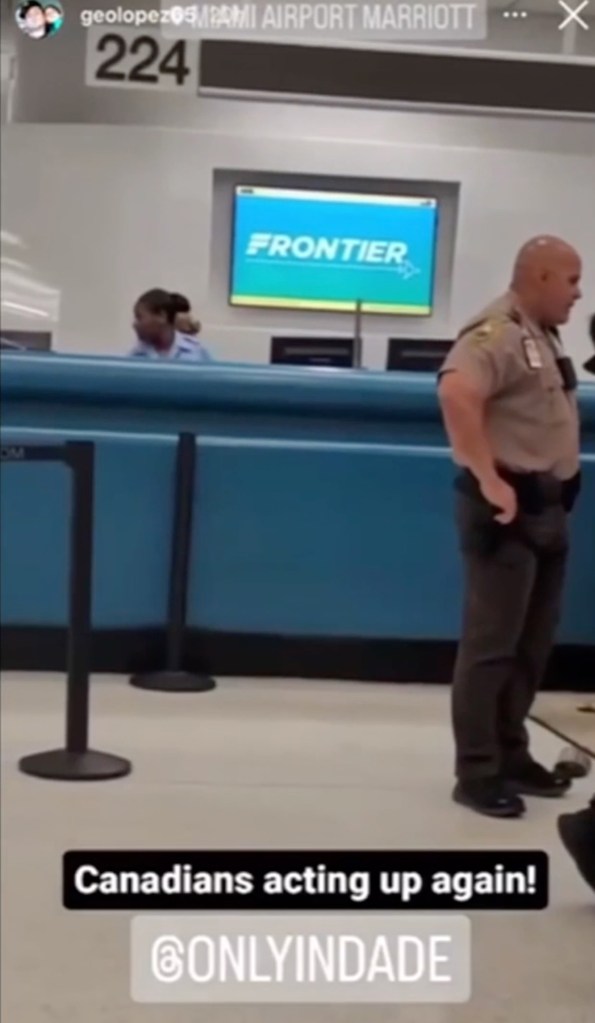 Police said Mercer threw a plastic sign holder at a Frontier Airlines employee after being told she could not board her flight because she was 45 minutes late.Instagram / @onlyindade
A verbal argument ensued and then escalated to violence when 20-year-old Makyan Mercer allegedly hurled a plastic sign holder at the Frontier staffer, leaving her with a cut on her face, according to an arrest report cited by the station.
Police officers at the scene detained Mercer, after which the second woman, 21-year-old Janaeah Negash, allegedly tried to interfere with the arrest by positioning herself between Mercer and the cops.
The arrest report quoted Nagesh as screaming at the police, “Don’t touch her!” 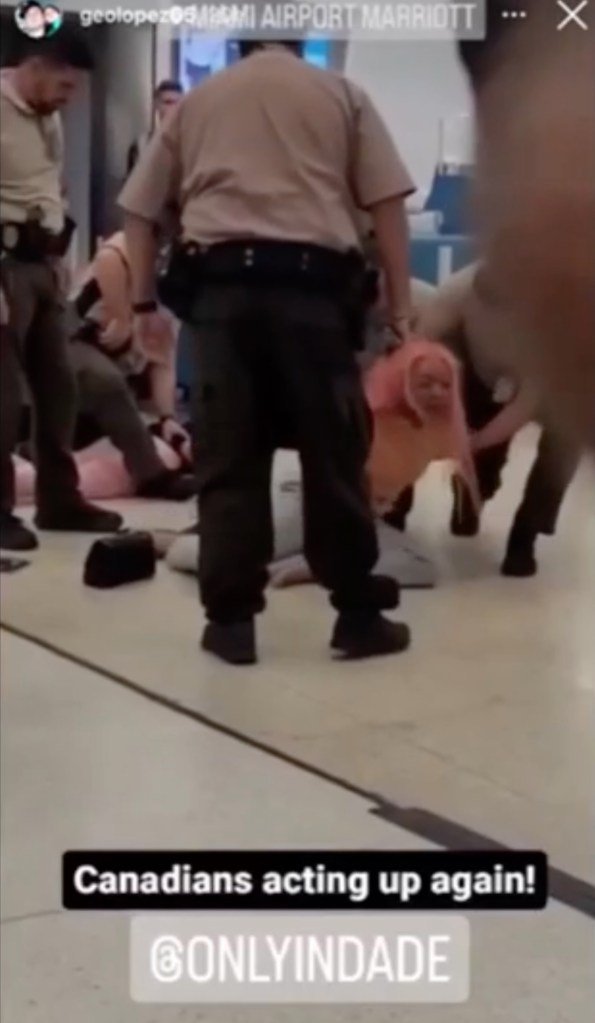 Police were called and tried to arrest Mercer, but pandemonium broke out.Instagram / @onlyindade 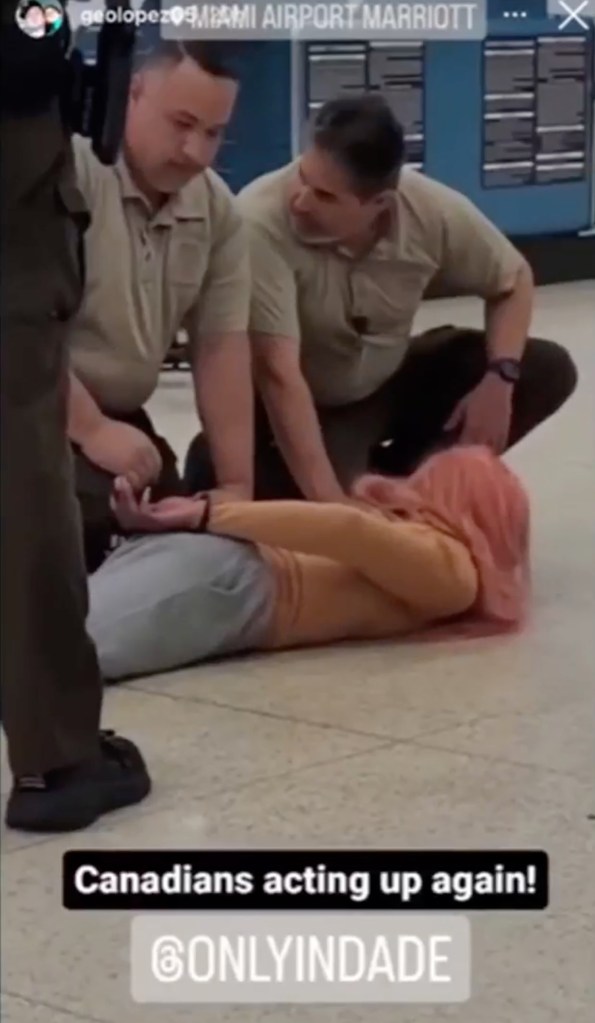 The 20-year-old is seen in the video screaming and crawling on the floor.Instagram / @onlyindade 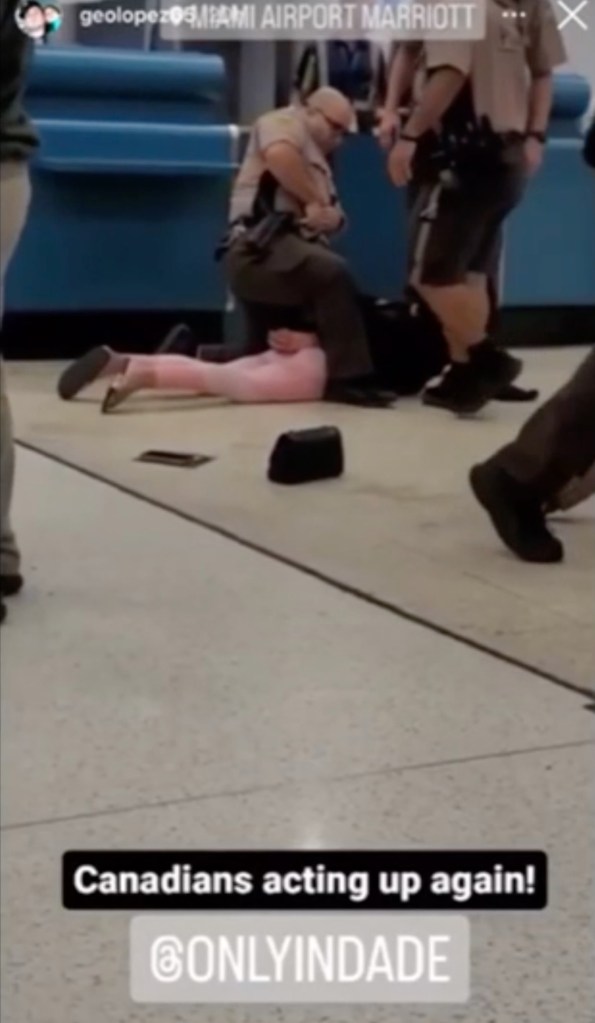 Negash was arrested for allegedly trying to interfere in Mercer’s arrest by putting herself between the woman and officers.Instagram / @onlyindade
Mercer was booked into the Miami-Dade County Jail on charges of aggravated battery, resisting arrest with violence and disorderly conduct.
Negash was arrested on counts of resisting arrest with violence and disorderly conduct.
The two women, both from Durham, North Carolina, were released from jail after posting $500 bond each.
They are due back in Florida court on Feb. 23.

BGOL Patreon Investor
when your life takes a detour, following your action.
E

BGOL Legend
Some of our people have so
much to learn about life.

BGOL Investor
Has anyone ever experienced a scenario in which screaming "get off of me" and flailing about prompted law enforcement to do just that?

BGOL Investor
Fake eyelashes stayed in place, looks like a win to me.

Certified Pussy Poster
Went to get a BBL and got arrested.